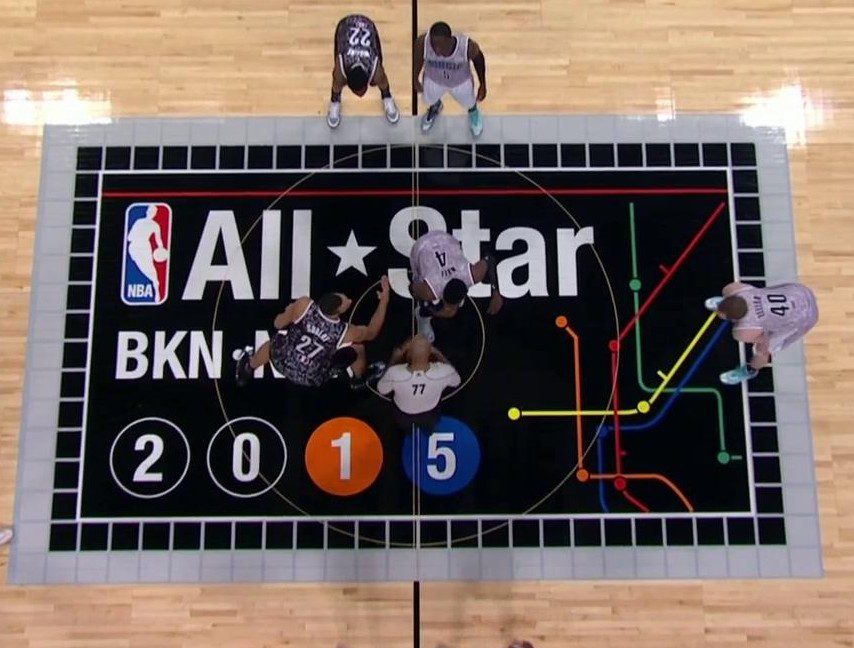 It was a spectacle of the players of tomorrow during the NBA Rising Stars Challenge at the Barclays Center. Filled with both amazing plays and hilarious fails, Team World was able to earn global bragging rights over Team USA in a thrilling exhibition. Andrew Wiggins, who had a memorable night, made Timberwolves fans and Canadians alike very proud as he would lead Team World with 22 points, 6 rebounds, and a few SportsCenter top-10 worthy plays. He would be named the MVP after the game.

The game started out as anyone who watch these events would come to expect. With the defense nonexistent, and players looking to made some good first impressions to the Brooklyn crowd, Team World was able to get off to a quick start. Nikola Mirotic had the hot hand early, knocking down three three-pointers in the first five minutes of action to give the international team a 24-14 lead.

Around the 15-minute mark, Mason Plumlee checked into the game and got to work scoring on a drive to the basket 30 seconds in. He would go on to score 10 points and haul in four rebounds in under 10 minutes. Victor Oladipo and Cody Zeller also put on quite the show with the former Hoosiers putting up 16 and 12 respectively with Oladipo making a trick, under-the-legs pass to Zeller for the slam to end the first half.

The second half would turn into a pseudo dunk contest with Mason Plumlee getting his home crowd pumped with a one-handed dunk, followed by lobbing the ball to his dunk contest opponent, Zach LaVine, for the alley oop. Another Timberwolves player, Shabazz Muhammad, would also get in on the fun with a dunk of his own. After Wiggins tied the game at 90-all with 13:24 left in the game, both teams would go through a brutal two-minute stretch where a few players would make a case to end up on Shaqtin’ a fool. Poor Nerlens Noel would end up being a victim to Rudy Gorbert as he was denied emphatically at the Rim.

With 8:11 left in the game, Team World would begin to pull away with the lead. Victor Oladipo and Trey Burke would try to keep the game within reach with some timely baskets, but Rudy Gobert would prove to be the difference maker defensively in a game where defense is traditionally is absent. With a putback slam by Gobert, and the exclamation dunk by Giannis Antetokounmpo, Team World would come out victorious.

For Team World, Andrew Wiggins led with 22 points and an MVP trophy. Rudy Gobert had 18 points, and 12 rebounds. Nikola Mirotic and Bojan Bogdanovic both had 16 points. Gorgui Dieng had 14, with Dennis Schöeder finishing with 13 points and nine assists. Giannis Antetokounmpo had 12 points and 10 rebounds

For Team USA, Victor Oladipo and Zach LaVine both had 22 points apiece. Trey Burke chipped in with 17 points. Mason Plumlee had 13, with Cody Zeller putting up 12 points. Shabazz Muhammad finished with 10 points in the contest.