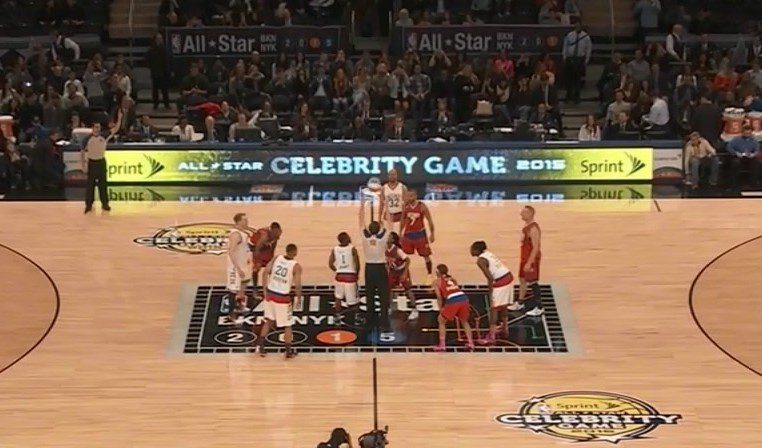 The NBA Celebrity All-Star Game actually turned out to be a tightly contested matchup, won 59-51 by the West.

While the West finally broke through with a win, Kevin Hart continued his stranglehold on the MVP award, winning it for a fourth straight time; an occasion that he noted as a great moment in black history. Of course, Hart carried on with his usual shenanigans which fans have come to expect, however, he was tested early by Little League All-Star pitcher Mo’ne Davis. The young lady, known for pitching a no-hitter in the Little League World series used her time in the spotlight to audition for Connecticut Huskies head coach Geno Auriemma, who she hopes to play for one day. Davis showed off a sweet jumper, smooth handles, and the ability to shake Hart on her way to the basket on a highlight that should make ESPN.

Another celeb who had a great game was Memphis Grizzlies owner, Robert Pera. The owner of the Grizzlies has been trying to get a game with anyone who would give him a chance, even Michael Jordan. Well he finally had his chance as he put up double digits for the East team. In my opinion, he should have been the MVP, but hey, what do I know?

WNBA players Shoni Schimmel and Skylar Diggins also put on a show as well. Schimmel hoisted up one three after the next, while Diggins displayed her all-around game we have come to know and love since her days at Notre Dame. It was also good to see former All-Stars Chris Mullin and Allan Houston trade baskets in the second half. Houston, who currently works in the New York Knicks front office, may want to offer his services to head coach Derek Fisher. The former Knicks’ sharpshooter, still has one of the sweetest jumpers around and looks like he could still play around 10-15 minutes a game if needed. 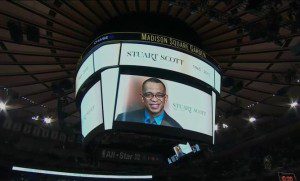 The best part of the night was when the NBA took time to honor Stuart Scott, the former ESPN anchor who recently passed after a long but courageous fight with cancer. Before the start of the game Sage Steele was joined by Scott’s daughters as they paid tribute to their father, who was a huge fan of the Celebrity All-Star Game.

As Hart was accepting his fourth MVP, he mentioned that he would be retiring from the game, but let’s be real, he’ll be back.