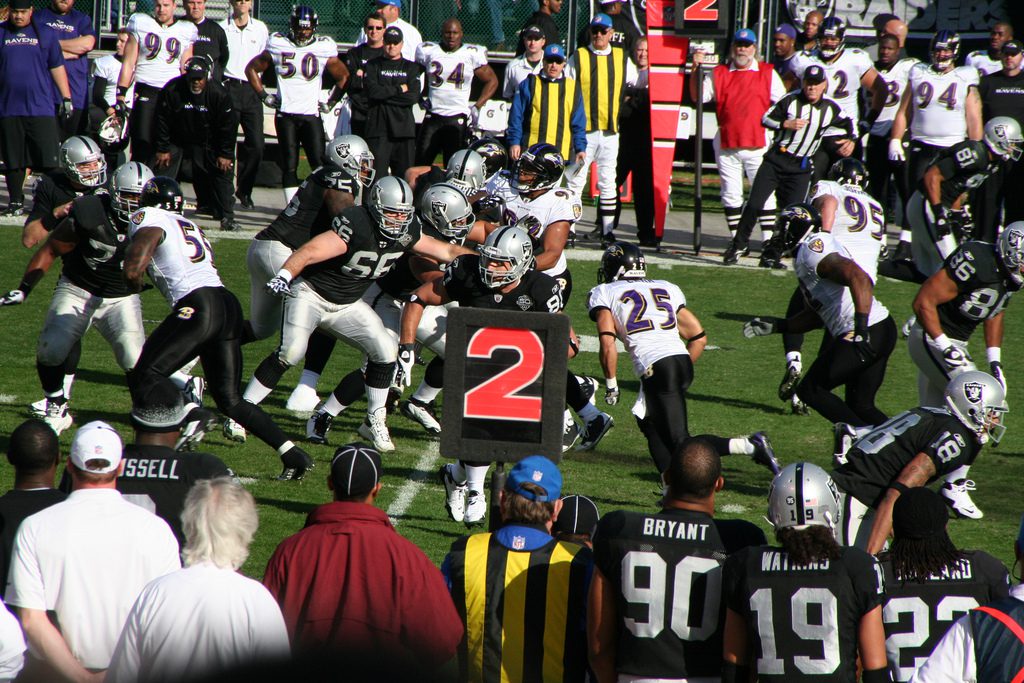 To many people watching the NFL combine, it is about as exciting as watching paint dry.

Often referred to as the “underwear Olympics” by veteran NFL analyst Mike Mayock, the combine is little more than a decathlon of drills designed to highlight the physical gifts of the draft worthy. Yet, for some, the combine is a sport in and of itself. It can be fun and exciting to watch the athletic feats and speculate on who might fit in well and where. Scouts and coaches watch with baited breath as their futures may hinge on making the right decisions during the draft in April.

Well, almost all scouts and coaches.

Cameras caught a member of the Oakland Raiders’ staff napping during the quarterback 40-yard dashes. The guilty party was either Reggie or Raleigh McKenzie. Raleigh is a scout for the team, Reggie is the teams’ GM.

Fans of the Oakland Raiders, this may just be part of the reason your team finished 3–13 last year.

I’m not saying you need some younger people in the office, but some Red Bull or something to keep the old guys awake might be a good start.