It’s March. You know what that means?

The Shamrock Shake makes its annual return to McDonald’s. Of all annual food returns, the Shamrock Shake ranks just ahead of Thanksgiving leftovers in late-November and candy corn in October.

NBA teams are making up their mind as to whether they should go balls to the wall for a playoff spot or blatantly tank away the remaining month and a half of the season for better positioning in the NBA Draft Lottery.

I’m pretty sure March is the month when that silly little game where steroid-infested men swing a wooden stick at a ball starts too. Most importantly …

And the common misconception is that March Madness starts once the tournament field is announced. That, my friends, is just not true. The Madness is officially under way. I’ve been sitting back and doing my research for a month, just biding my time waiting for the right occasion to unveil my first Bracketology projections. Well, just like Michael “Squints” Palledorous, I can’t take it anymore. Sonny Brackets is in the house!

These projections will be updated daily (or damn close) once all of the major Conference Tournaments get underway. So make sure that you stop back here frequently to check out my fresh take on the tourney picture. Anyway, onto some guidelines:

Every Bracketology post will be accompanied with my choices for Last Four Byes, Last Four In, First Four Out and Next Four Out. Additionally, next week I will start getting into the games to watch each day. Buckle yourselves in … this is going to be a fun two weeks before a very fun next three weeks. 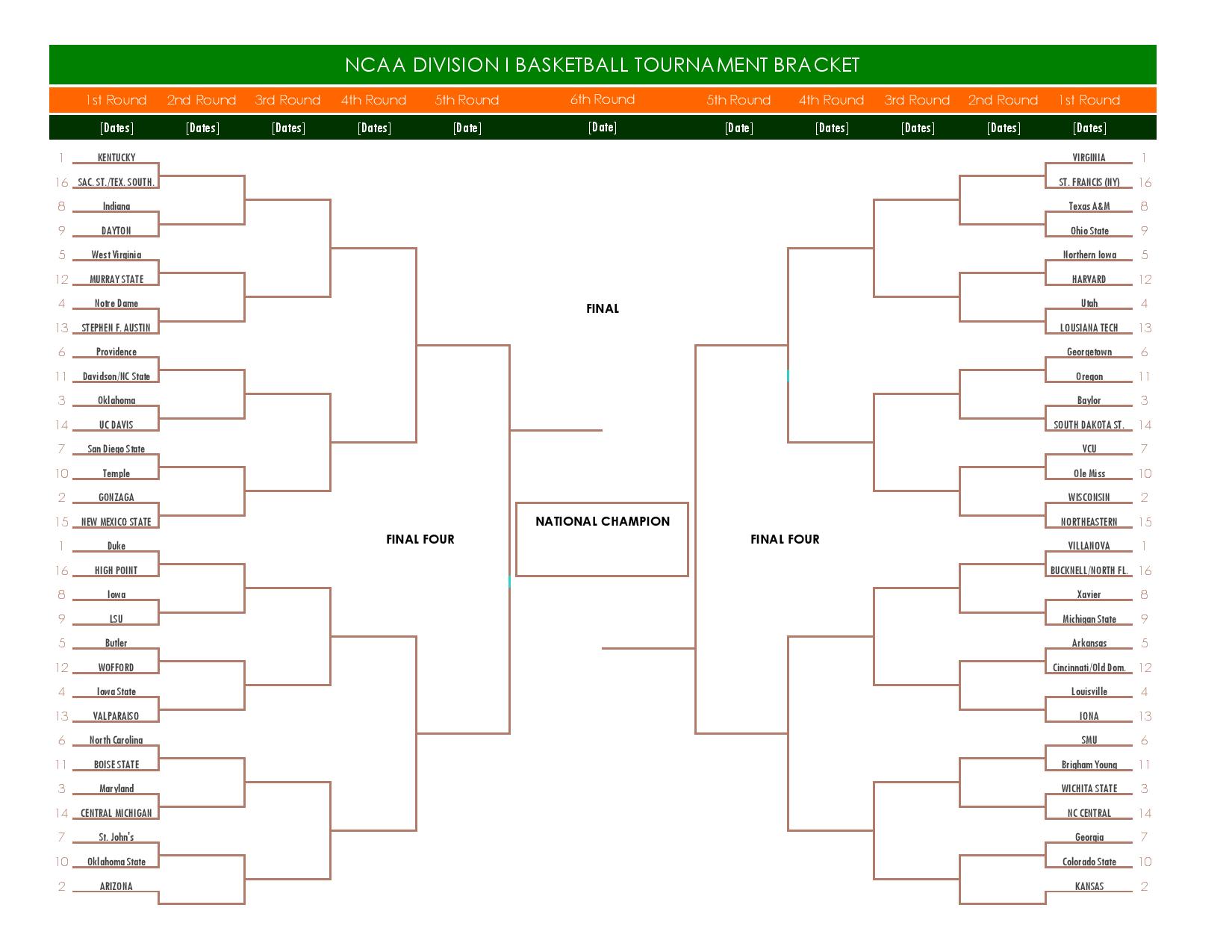 NOTE: Due to some unforeseen circumstances, the two fifteen seeds in the bottom two regions aren’t able to be seen in this bracket. Just in case anybody was itching to know who they were, it was Albany in the Georgia Southern in the West Region and Albany in the South Region.