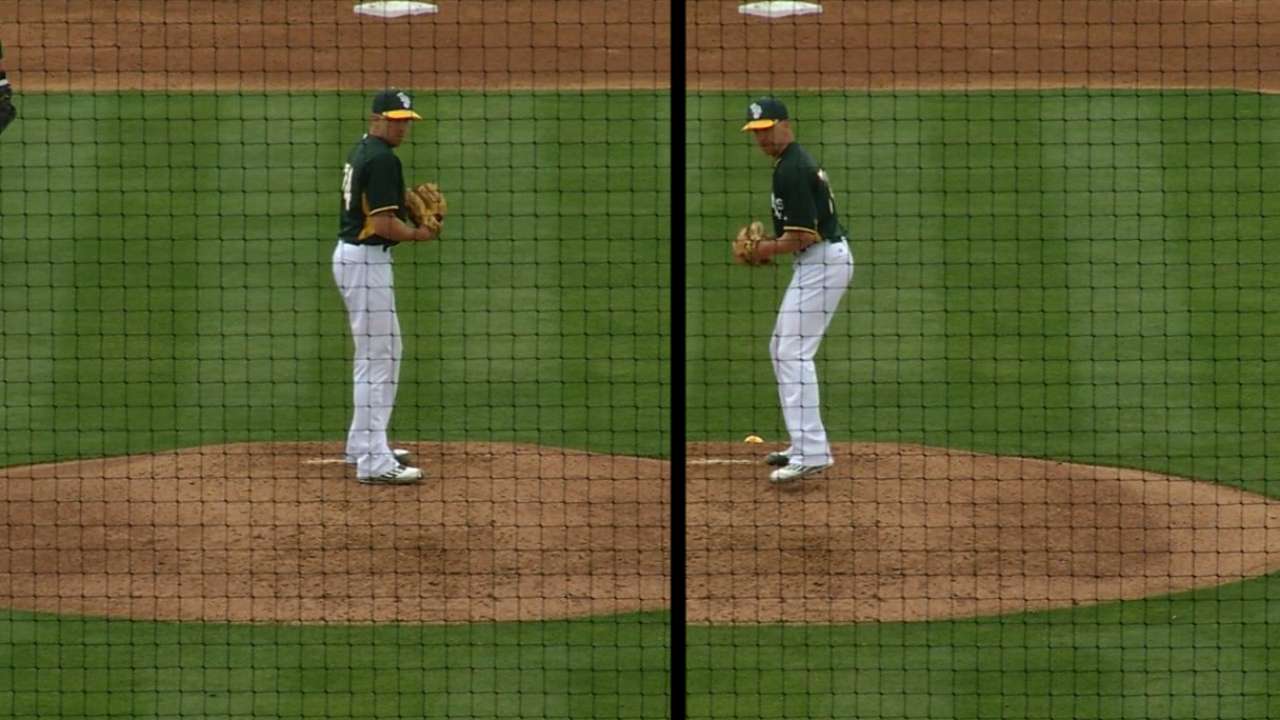 The Oakland Athletics introduced Pat Venditte in the Cactus League and he didn’t disappoint. Venditte only went on to record an out with his left hand, and then another with his right in a relief appearance against the San Francisco Giants.

Second baseman Ben Zobrist didn’t even notice the change, stating “I didn’t realize it was him when he started throwing, so it kind of tripped me out there for a second,”.

Find me a pitcher that can also throw with his feet and now we’re getting into a crazy Matrix-type world. I knew I shouldn’t have taken that red pill.