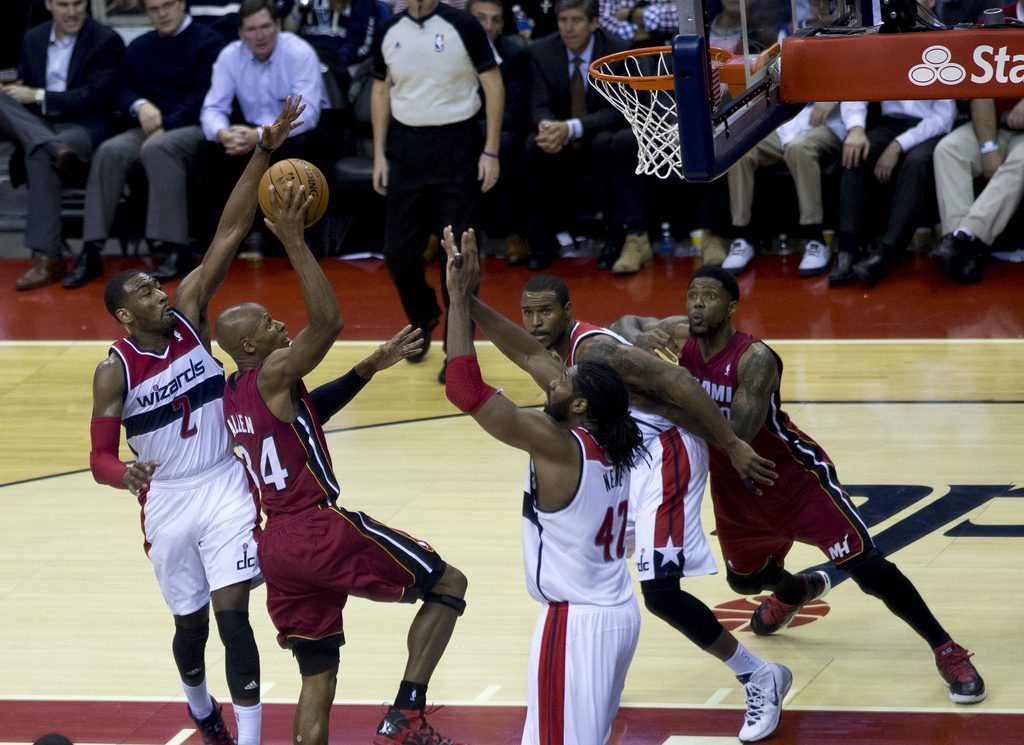 For all those teams hoping to score at the trade deadline and didn’t there was a glimmer of hope.

Ray Allen was still available. Apparently, that is no longer the case as Allen provided a statement through the office of his agent Jim Tanner.

“Over the past several months, I have taken a lot of time to deliberate what is best for me,” “I’ve ultimately decided that I will not play this NBA season.”

While Ray won’t suit up this season, he has not ruled out a possible return to the hard court next year, and his choice to not play this season isn’t do to a lack of interest in the veteran.

“Ray has received enormous interest from a number of NBA teams throughout this season,” “We will communicate with interested teams as Ray makes a decision for the 2015-16 season.”

The one upside is this give LeBron James time to put some distance between him and Allen on the all-time scoring list, as James recently passed Allen for 21st on the list.