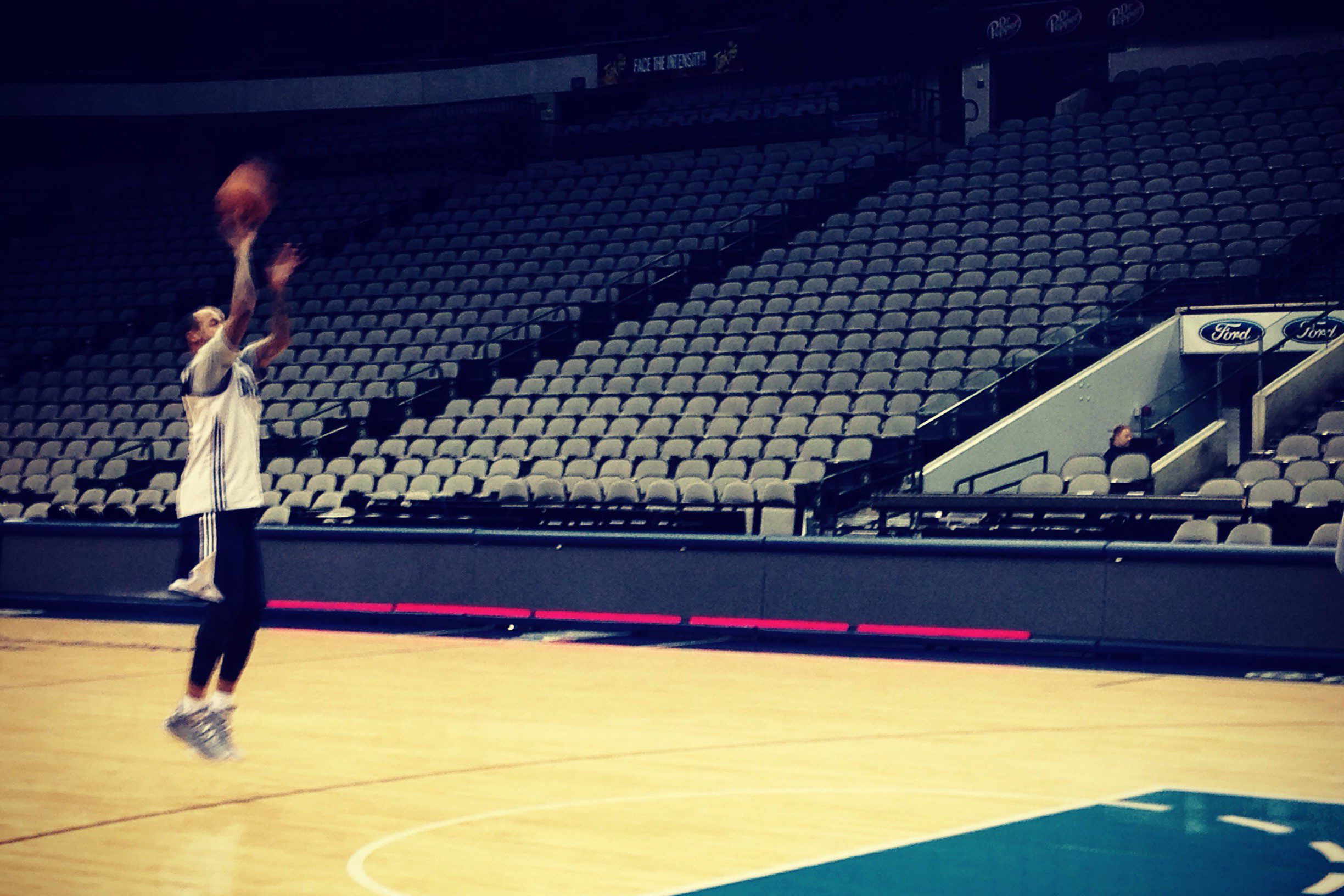 Casting a light into the darkness and you have the story, that intertwining of pastoral of candy-coated fates one seeks to stitch with flare – but first you need that pitch black bleak. The whole “darkest before the dawn” cliché often reeks of tacky excuses, something that Dallas Mavericks coach Rick Carlisle refused to mouth during Monta Ellis’ disparaging offensive losing streak. Excuses that were, in fact, offered up for sacrifice without question when troubles ensued Rajon Rondo, who has stepped back from the flame licks of media scrutiny in order to allow Ellis to have a painful go.

But that came to a screeching halt tonight.

“Man, it was just good how we came out aggressive at the beginning of the game,” Ellis himself said following the Mavericks diabolical 101-94 win over the reigning world champs San Antonio Spurs, thanks to Ellis’ 38 points. “They (Spurs) made their run but we stuck with it, made our run and was able to sustain that and come out with a win tonight.”

It was a win that seemed fated to linger on the fiction side of life during the first quarter, as fans, national television, the press, and even the Mavs themselves, weren’t too clear on what team would emerge from the gate: Would  they be the post-season prismatic warriors in blue that revenge-screwed all their naysayers during the 2010-11 season? Or the limp pseudo-charlatans in desperate need of a Cialis tablet? Ellis, who had only made four field goals in 22 tries on Sunday night’s game against the Phoenix Suns, had those watching on edge. At least some of them.

Monta seemed eager to leave the past in the past right out of the gate as he put up a quick seven points. However, the Spurs went on a 15-2 run to push their lead to 19-11 thanks to Tiago Splitter, Tony Parker, and Kawhi Leonard, who seemed to have made it his personal responsibility to embarrass the absolute hell out of Monta with his quick feet. Despite Ellis’ complaisant attitude, odd coaching strategy on the defensive end cost the Mavs’ the first quarter.

Fans were graced with the blinding shine that reflected off of Manu Ginobili’s bald spot during the second when he helped build the Spurs lead to 34-20 amidst a “Go, Spurs, Go!” chant that was echoing throughout the Mavericks’ home court.

It was much of the same from Dallas during the second half, with Monta driving hard. “Too much Monta tonight, don’t you think?” Carlisle joked. “I love the way he played. I love the way the whole team played.”

Mavs took the lead 49-48 in the third after a Dirk Nowitzki jumper, shifting the momentum of the entire game. The despair apparently got to Dallas when they were down in the second and had since gone on a 42-22 run, which brought their lead up 70-60 with under four minutes left in the third. One thing that was missing these past few nights from Ellis was his brilliance in getting layups on pick-and-rolls when (and if) defenders surrounding him gave him space for his jumper, which is what came back during Tuesday’s win.

During the fourth, Nowitzki had a defensive rebound with a little over 8:30 left, which pushed the Big German to 10,000 career rebounds (37th player in NBA history to perform that task).

“He’s been a massive factor around here for close to 20 years,” Coach said of Dirk. “The great thing about him is it’s not all about the scoring or all about the shooting. He has a presence and he’s a winner to the highest extreme. He finds ways to help our team win games. 10,000 rebounds – that’s a lot.”

With Monta’s 38 points and Nowitzki’s 15 points and 13 boards, the Mavericks bounced back with a much needed game changing win over the Spurs, giving Dallas fans that much needed Ellis-shaped bright light in the dark.