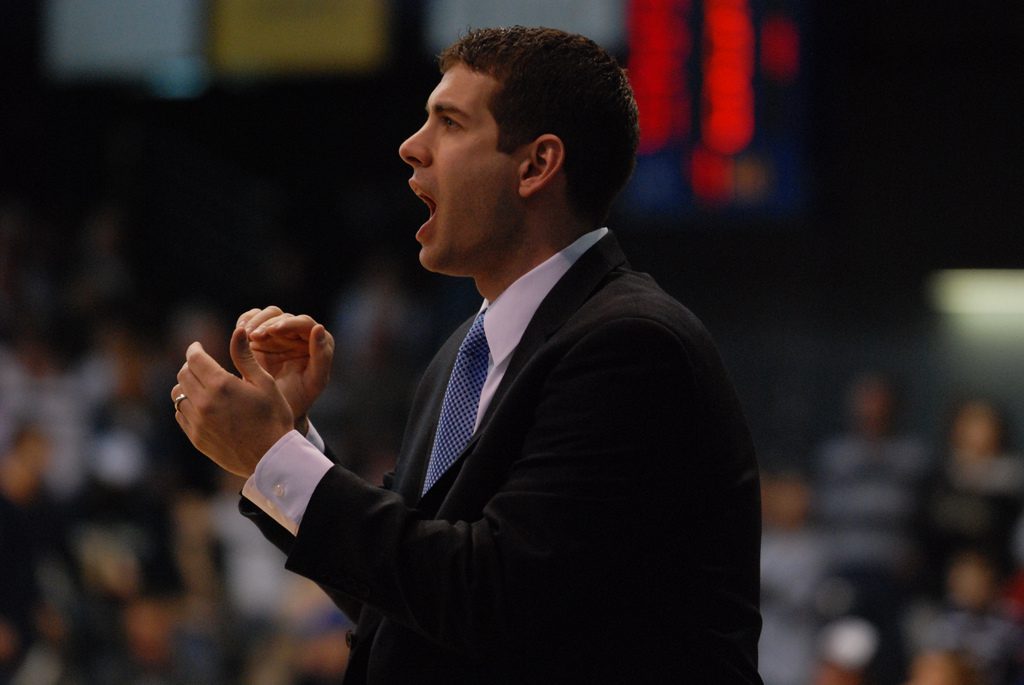 The fact that Boston Celtics actually challenging for a playoff spot, even in the lowly Eastern Conference, is still something not many expected to see from such a young team. Especially, one that traded a player who was viewed as their best in Rajon Rondo.

While it’s hard to quantify if a specific player has helped spike this turnaround, one thing is for sure, Brad Stevens is at the heart of this change in direction for this young squad and Danny Ainge freely admits it.

“When you watch Brad on the sidelines you can’t tell whether his team is up 20 or down 20,” observed Pistons coach Stan Van Gundy. “That’s valuable for any team, but I think especially [with young guys], they see the calmness. If he doesn’t panic, they won’t panic.”

Ainge even went on to call him the future of the Boston Celtics, and at this point I don’t think you will find many that disagree with his assessment.

“Oh, it was maybe my No. 1 concern. I just tried to talk him through it best I could, knowing it wasn’t going to be easy. One thing is for sure: Brad is our future — and our present.”

While Stevens may only be a darkhorse candidate for NBA Coach of the Year to many observers, there are many who feel as if his name should be at the top of the list. I think Danny Ainge would agree with that as well.