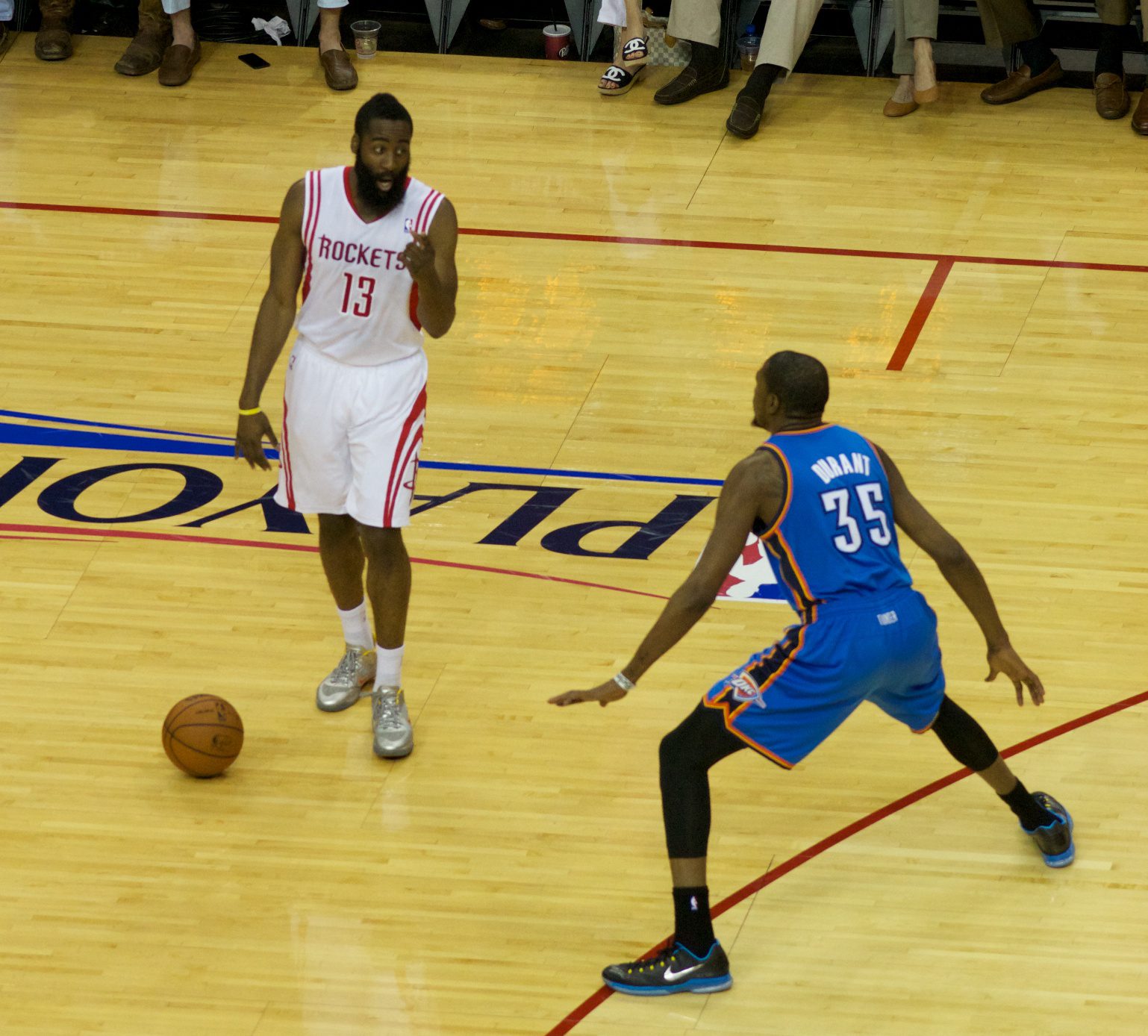 James Harden had a marvelous 2014-15 showcase by any standard. Playing a significant portion of the year without Dwight Howard, and a recent string of games without Patrick Beverley, the bearded one still managed to lead the Houston Rockets to a two-seed in the Western Conference.

Okay, Stephen Curry, we know what the Golden State Warriors did this year, but Harden managed his success without D12. Plus, he didn’t have the luxury of a stellar supporting cast.

But the MVP story can be saved for another day. What’s critically important is Harden’s playoff aspirations. As wonderful as the man’s beard appears to be, his playoff resume is less magical. The postseason numbers aren’t horrid, but a couple of blemishes stand out.

Harden laid an egg last year against the Portland Trail Blazers in the first-round. He shot 37.6% from the field, 29.6% from three-point land. While Harden totaled 26.8 points per game, his volume shooting and no-show defense hurt Houston. He wasn’t clutch or consistent.

Beyond last year, everyone remembers Harden’s poor 2012 NBA Finals showing when the Oklahoma City Thunder lost to the Miami Heat. He went 18-48 from the field in that series with back-to-back 2-10 FG games in the middle of OKC dropping four straight.

Okay, one bad run versus Portland and an unappealing effort as a sixth man for the Thunder shouldn’t cement his legacy in stone. A deep run orchestrated by the beard, on top of a MVP-caliber regular season, would be his career highlight.

In other words, Harden creating glory for the Rockets would dismiss last year’s disappointment against Portland. Leading Houston to a Finals appearance would likely be enough to erase his errors against Miami. Remember, Harden wasn’t a top-two option in OKC. The difference in responsibilities between a sixth man and an MVP is drastic.

While Houston’s supporting cast isn’t tremendous, a piece of truth acknowledged earlier, it’s still a quality group. Terrence Jones appears healthy. Corey Brewer is a menace in the open court. Trevor Ariza and Jason Terry can light it up from deep. With Harden balling on an MVP level, and Howard hoping to regain his typical form, Houston is poised for postseason glory.

No glory comes without Harden, though. And his track record in the playoffs leaves room for doubt. We’ve seen the regular season dominance. We’ve witnessed the mesmerizing offense during an MVP year. What we haven’t been given is the clutch, killer instinct annihilation of foes in the playoffs. For Harden, perhaps this is where that narrative kicks in.