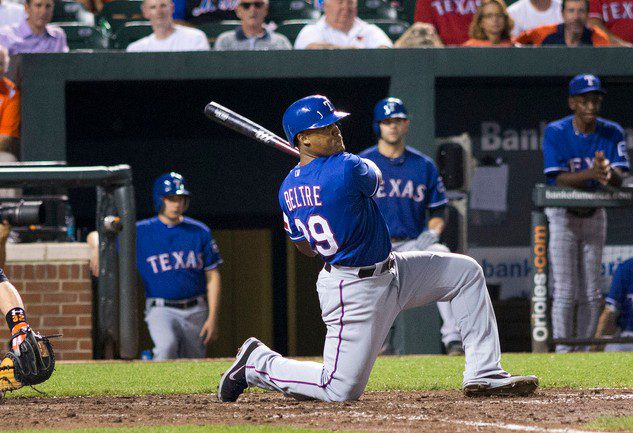 Garrett Richards is making an early push for some late season hardware to appear on his mantle. The hard-throwing ace went seven innings against the Texas Rangers on April 24, allowing only three hits, two runs, and three walks. The Los Angeles Angels went on to win the game 3–2.

Part of the victory was dealing to Rangers clean-up man Adrian Beltre, who went 0–3 on the evening with three broken bats. But let it not be said that Beltre can’t laugh at himself, as the All-Star sent Richards an invoice for three bats.

Apparently the invoice appeared quite official, and was finished off with “Cash only, no checks,” above Beltre’s signature. One to play along with the joke, Richards responded by sending Beltre an autographed bat.

Perhaps an autographed ball and radar gun would have been more apropos. Of the 13 pitches Richards threw to Beltre, 10 of them were over 95 mph. Another good gift idea would be an ice pack for his catcher.

Check out the official story here.