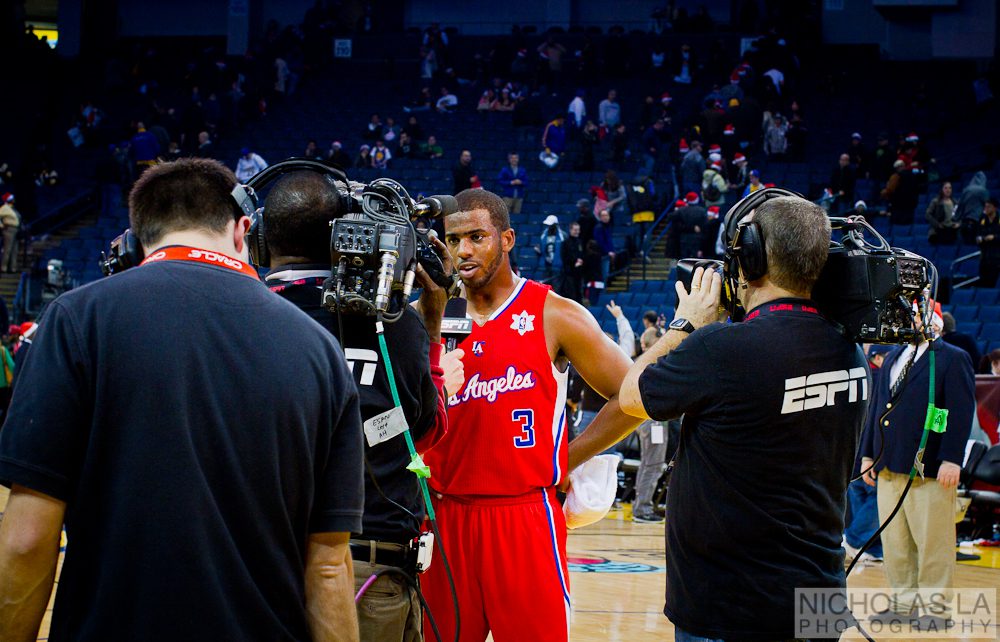 Not many elimination games live up to the hype of the previous games, but this one did.

The basketball world is sitting quietly right now in a dimly-lit room, not focusing on the material world around them. Instead, they’re idly contemplating and attempting to register the feeling and pandemonium that was the first-round matchup between the Los Angeles Clippers and San Antonio Spurs. It’s as if something tragic happened without none of the negativity and all of the impact. Fans should be a little sad, however, given that we probably won’t see a series that exciting in a while.

The Clippers and Spurs went back to Los Angeles to decide the series winner in a Game 7. The entire game saw a big shot being countered by yet another big shot. Early in the first quarter, the momentum on the court favored the San Antonio Spurs, especially, after gaining a six-point lead in the middle of the first quarter. The rest of the quarter was dominated by Matt Barnes, surprisingly. Fans later realized that incorporating Barnes in the game plan was intentional, most notably, after seeing Chris Paul walk back to the bench, grimacing in pain, as the trainers analyzed him.

With a simple eye test, Chris Paul looked like he would not return to the court and any hope of a close game would be squandered. Paul didn’t return until the end of the second quarter due to a hurt hamstring that continued to affect his game throughout the second half. Even as he ran up the court, you could see him hold his hammy but that only contributed to his late-game heroics.

Even without Paul, who was taken back to the locker room for examination, the Clippers still managed to contend. Matt Barnes scored 17 points in this game, including knocking down a trio of crucial three-pointers. A hobbled Chris Paul somehow managed to put up an impressive stat line of  27 points and 6 assists.

Still the Spurs could do no wrong. They outperformed the Los Angeles Clippers in offensive boards 13-7. The second-chance possessions for San Antonio kept them in the game, especially as the fourth quarter winded down.

Their use of the hack-a-Jordan technique paid dividends in Game 7. No longer just a simple, but effective, way of deterring momentum for both teams and getting possession for the Spurs, the long-term benefits of the foul-happy method came to light in Game 7.

With the Clippers worried that DeAndre Jordan would be more of a detriment to the team on the court during the latter part of the game, as a result of the constant fouling, the Spurs took advantage and grabbed as many boards as possible. In many cases, the paint was dominated by three different Spurs while Blake Griffin attempted to fend them all off to with mixed results. Spurs head coach Gregg Popovich’s plan was so intricately calculated that it had to work.

While the Spurs still had a chance to score potentially tie the game, On the penultimate San Antonio play, Tim Duncan ended up with the ball in his hands and attempted an seemingly easy lay-in. Surprisingly, J.J. Redick was there to block the shot, but he managed to grab more than he bargained for as he was called for the foul, much to his chagrin. Still, it forced Duncan to shoot a pair of free throws rather than get the easy two, tying the game at 109 apiece.

Chris Paul took over from there and banked in an amazing running shot.

Even though Chris Paul drained the eventual game-winning shot off his bad hamstring, the Spurs still had a second to tie the game. They decided to toss it up to the rim and hope that Kawhi Leonard would be free to tip the ball in for the tie. And that play could have succeeded were it not for a Matt Barnes’ block securing the victory.

With the San Antonio Spurs out of the playoffs, the Los Angeles Clippers will now face the Houston Rockets on Monday. Revisionist historians will probably tell you in a few years that the series between the San Antonio Spurs and Los Angeles Clippers was probably a Western Conference Final, but those who really witnessed it will tell you that it was an exhilarating ride of a first-round series.

Now with a slew of injuries to their name to Chris Paul and Glen Davis the Clippers have every right to call themselves the underdog—the same narrative they began the Spurs series with—against Dwight Howard and James Harden who have been resting easy after wrapping up their series against the Mavericks last Tuesday.

The Clippers will play against the Houston Rockets on Monday in Houston in game 1 of the series at 9:30p.m. ET.