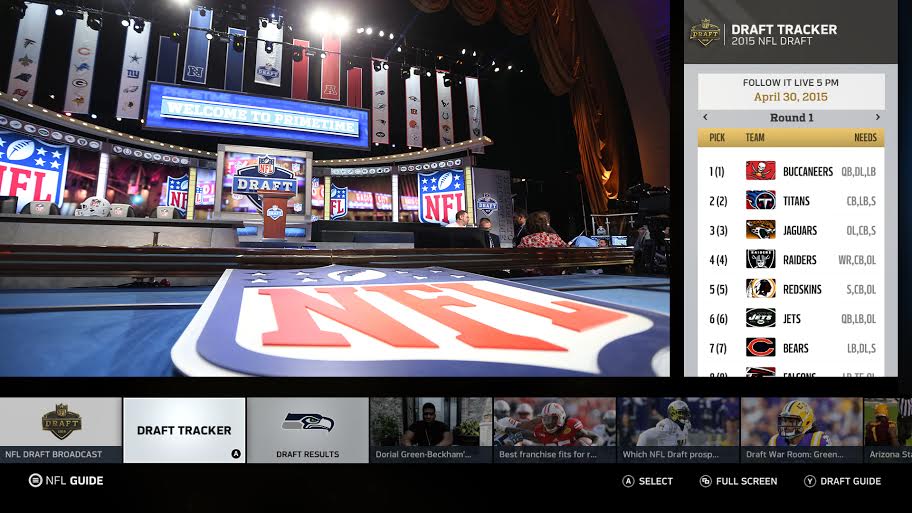 Word on the street is that May 2nd is being touted as the “Greatest Day in Sports.” Now I’ve seen some damn great days in sports, but you can’t deny the star-studded, plethora of sporting action that is taking place come Saturday, 5/2/15. With the Kentucky Derby, NHL & NBA Playoffs, Marquee MLB Rivalry matchups between the Yankees and Red Sawks and the Mets and Capitals, the English Premier League showdown between Manchester City and Tottenham, there will be enough sports to fill every sports bar from the Bronx, NY to Seattle Washington. On top of all that, the boxing match of the year, maybe the decade, maybe the century, is taking place between Floyd “Money” Mayweather and Manny “PacMan” Pacquiao for the unified WBA (Super), WBC, WBO, and The Ring welterweight titles. 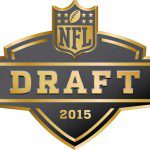 Holy siznap! In the midst of all that action, one would think that Day 3 of the 2015 NFL Draft may get “lost in the sauce” so to speak. Or, maybe not. A few months back you may have seen our feature on Microsoft and Xbox, and their exciting new partnership with the NFL. We’ll they’ve taken it further, and they’ve brought us the NFL Draft App and snappable Draft Tracker for Xbox One users. This is as exciting as it gets for NFL fans and Xbox One fans all over the world. With exclusive NFL content and Live Draft coverage, Microsoft and Xbox are taking gaming and football fandom to the next level, and bringing it right to your home. 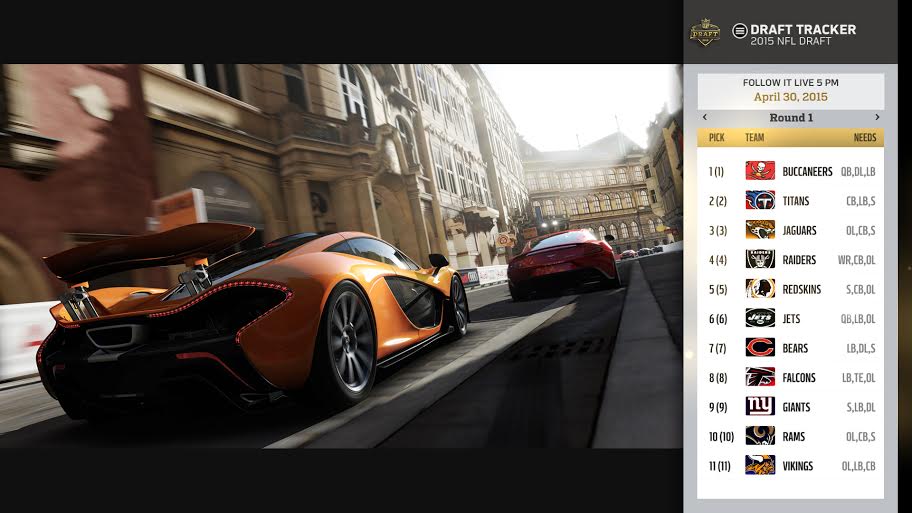 It doesn’t just stop there. The exclusive partnership between The NFL and Microsoft/Xbox One, means that when the new season rolls around, the content will be even more amazing. As Jeff put it, the “Gamification of the NFL”, meaning the Xbox One NFL App will allow you to interact with your fantasy football team, check out highlights and analysis, along with tons of other exclusive NFL Content only available on Xbox One. So if you thought you were a fan of the NFL, with the Xbox One NFL App you can turn into the ULTIMATE fan.

We want to thank Jeff Tran, and all the folks at Microsoft, Xbox One, and the NFL for sharing with us here at BMF Sports