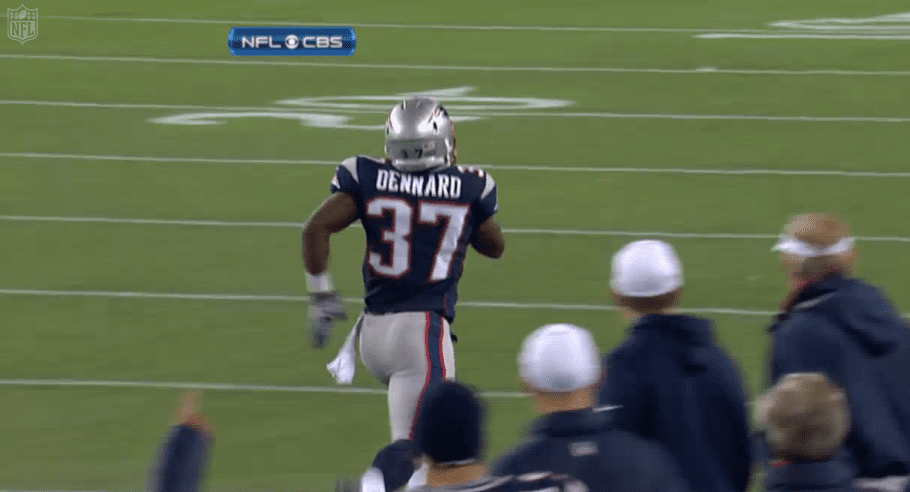 Screen capture courtesy of the NFL/CBS.

Dennard was originally thought of as a first or second round pick in 2012, but fell to the Patriots in the seventh round after legal concerns.

Dennard played well when he could actually get on the field, appearing in 29 games, with five interceptions and 86 tackles, but Dennard spent the majority of last season on injured reserve and with the Patriots drafting a few late-round corners this year, Alfonzo has become expendable.

At 6 feet and 205lbs with a history of productive play, he will get a chance to earn a roster spot somewhere in the NFL this season. There was a lack of high caliber players at the cornerback position in the draft and in a pass-happy league impact corners are always a hot commodity.