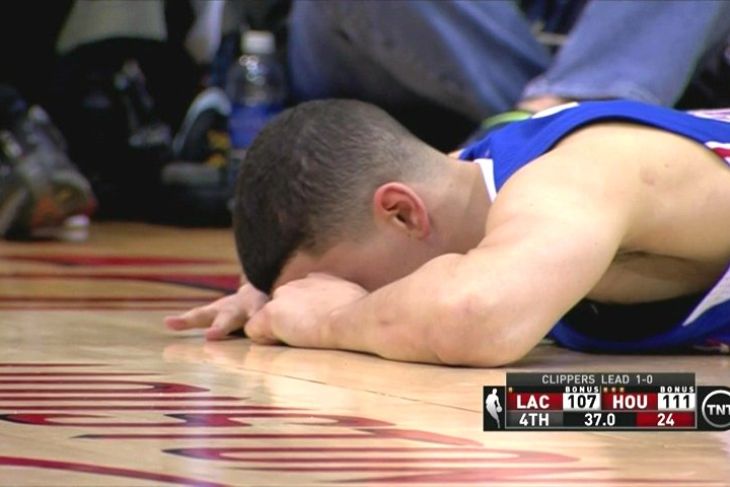 The Los Angeles Clippers had a legitimate shot of winning Game 2 and potentially sweeping the Houston Rockets. A pair of early fouls and a fourth-quarter slip changed all that.

The Clippers had a good thing going as they entered Game 2 of the Western Conference semifinals against the Houston Rockets with a smug sense of self. And why shouldn’t they be? After all, they just beat the Rockets at home to gain the lead in the series without Chris Paul, who was sidelined due to the hamstring injury from Game 7 of the previous series. At this point, the Clippers were playing with house money as they decided to rest Paul in Game 2.

Things almost went according to plan if it were not for some crucial fouls in the first quarter of Game 2—and even then, the Clippers still had a fighting chance. In the first, Clippers center DeAndre Jordan was called for two early fouls. Having kept Rockets Dwight Howard in check for much of the the first game, Howard was now free to dominate the board while exposing his new defender in Glen “Big Baby” Davis. By the end of the night, Howard grabbed a game-high 16 rebounds while Jordan sat anxiously on the bench in order to not be an offensive liability in crunch time.

Most of the fouls led to free-throw shooting, which was a key factor in Houston’s Game 1 loss. The Clippers were adamantly preventing the Rockets—but specifically guard James Harden—from shooting gimmes. However, the early fouls and the points differential forced the Clippers to foul Houston. The Rockets ended the night with an astonishing 64 attempts at the line of which they made 42. To put the large number of free throw attempts in perspective: the Rockets made more free throws (42) than the Clippers had attempts (32).

Despite the momentum swinging in Houston’s favor, the Clippers managed to grab the lead midway into the game much like in their previous matchup. At some point, it almost seemed as if this game was going to be a repeat of Monday’s. The Clippers guards in Jamal Crawford and J.J. Redick managed to set fairly serviceable stat lines in Game 2, though how they got them was a concern early on for Los Angeles. They scored 19 and 12, respectively, but collectively shot for 3-14. Crawford in particular could not buy a three-pointer, shooting only 1-of-8.

As the fourth quarter winded down, the Clippers were on the brink of getting blown out. Being forced to shoot outside of this comfort zone, Blake Griffin was virtually ineffective despite still putting up a double double with 34 points and 15 rebounds—all of which were offensive. Without Chris Paul, someone had to take charge and become the hero for the Clippers. That’s where Austin Rivers, who shouldn’t be regarded as a quandary given his recent playoff performances, stepped in and kept the Clippers within reach of the lead during an 8-0 Clipper run with 2 minutes left in the game.

What followed was a driving layup by Harden to deter any Clipper momentum. Instantly, the game felt like it favored the Rockets. The following play was a testament to that. After catching a cross-court bullet pass, Austin Rivers seemed to maintain control of the ball with few defenders in his path to dwindle the four-point deficit. Then he stumbled a bit, losing his balance and the ball. Rivers’ late-game heroics instantly transformed into one sardonic act. Things like that happen all the time in a basketball game, and it’s much more painful when it happens as the fourth quarter of a playoff game closes.

The Rockets went on to win 115-109 and tied the series 1-1. Chris Paul will most likely return on Friday in Game 3 in Los Angeles. If you’re the Clippers, you still have to be optimistic about closing this series early given that despite foul trouble and a litany of Houston free throw attempts, the Clippers still could have gone 2-0 if not for a few slip ups late in the game. The Clippers may not be able to play with house money anymore, but they will still be willing to gamble as they make their way back home.