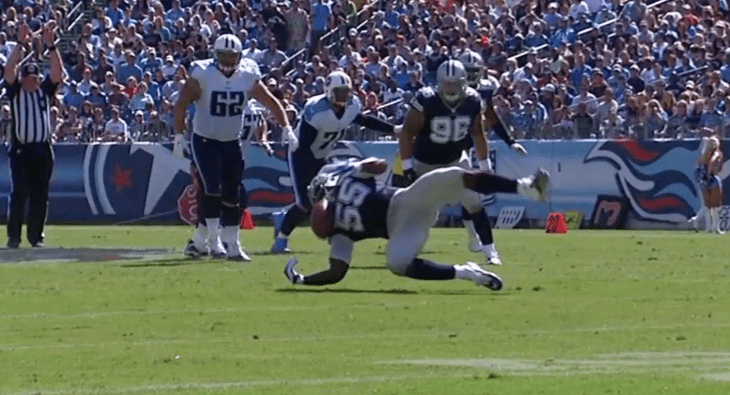 Screen capture courtesy of the NFL/FOX.

McClain was arrested in a park in his hometown while trying to clear a crowd. The original charges stemmed from him allegedly cursing at officers and pulling away when those same officers attempted to put him under arrest.

McClain was convicted of similar charges in a city court in 2014, and has appealed at the state level for a retrial. No word on why the more recent charges were dismissed, or what sort of impact this will have on McClain’s playing availability for the 2015 season. McClain was a candidate for Comeback Player of the Year in 2014.