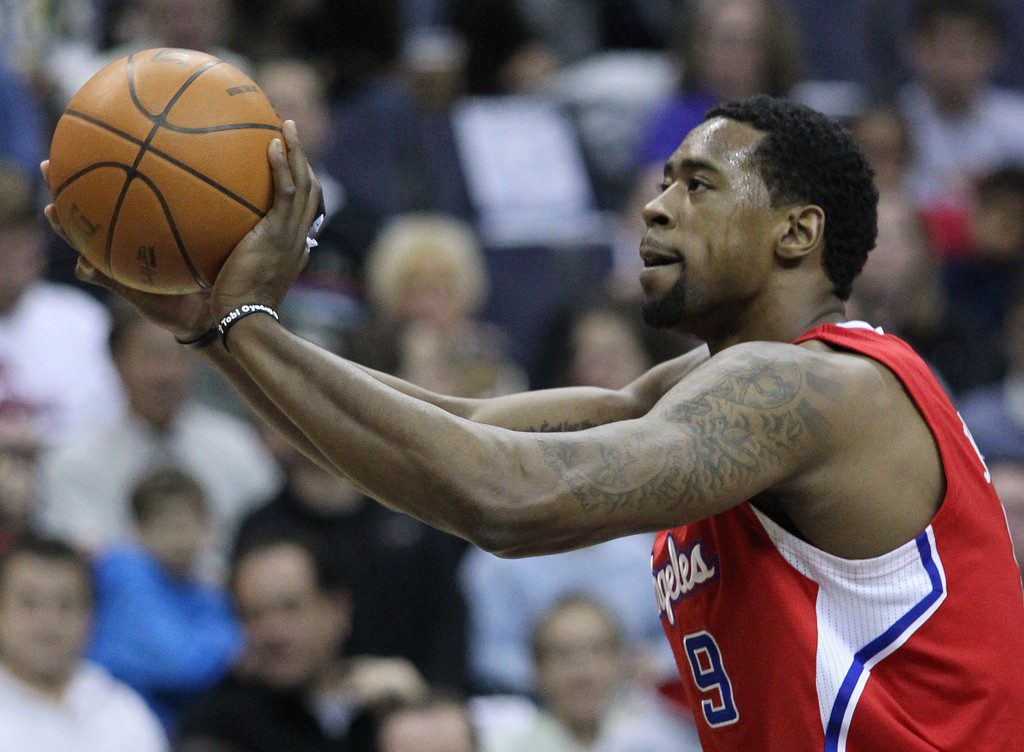 The Los Angeles Clippers made examples of the Houston Rockets as they defeated them 128-95 in Game 4 of the series in Los Angeles. The momentum is clearly on the Clippers’ side with no indication that it will change in Game 5.

Though the Houston Rockets had a considerable 25-17 lead with 3 minutes left in the first quarter, Spencer Hawes of all people decided to take over and get rid of that lead. Hawes cut the lead with a rebound, a pair of free throws, and even a three-pointer. After a pair of shots by Jamal Crawford and Chris Paul, who finally got his rhythm after nursing his hamstring injury, the Clippers got the lead in no less than two minutes.

The rest of the first half was a tumultuous back-and-forth between these two teams. There were only 10 lead changes and 7 ties in this game, but take into account that all of these were limited to the first half.

But more importantly, the first quarter dragged on for what seemed a lifetime partly due to the hack-a-tactic used on DeAndre Jordan. The repeated intentional fouls resulted in Jordan getting to the line seven different instances in the first quarter alone, putting him in some great company. Still, shooting at the charity stripe is no charity at all for the Clippers center. He shot free throws at a measly 41% clip. Having said that, Jordan ended with 34 free throw attempts. In comparison, the Houston Rockets had 30 total free throw attempts. This was the inverse of Game 2 where Houston had twice as many attempts as Los Angeles. It seems that whoever wins on the free throw line will win the game.

On the Rockets’ side, Dwight Howard never got into rhythm after getting his second foul in only 3:40, as well as a technical foul. The frustration built up later in the fourth quarter as Howard picked up his second technical and was promptly ejected, which made the Angeleno fans—who are accustomed jeering the center—very happy.

But by the time the third quarter started, the game got out of hand. The Clippers went on a 19-4 run to open the second half and never looked back. Six Clippers ended their night scoring double digits. Hell, even Spencer Hawes was just a bucket away from joining the elusive group. Matt Barnes ended with seven points.

While every other series has had its share of game winners and buzzer beaters, this series is a bit unbecoming especially now that Chris Paul is getting back in form. Paul only had 15 points but dished 12 dimes throughout Game 4. It’s a little scary to think that these Clippers can do better, and are steadfastly building momentum as they make their way to the Western Conference Finals against either the Memphis Grizzlies or Golden State Warriors.

It seems unwise to already mark the Clippers as the winners of this series but it doesn’t seem feasible—even with changes to their game plan—that the Rockets will win this series. They might be able to extend the series to six games, but that might be it.

Every day, the Los Angeles Clippers are getting closer to the Finals. They’re going faster than a roller coaster the way they scored at will against the Houston Rockets, especially during the second half of the game. A series win will surely come their way, and it seems very likely that it’s going to happen in Game 5 of the Western Conference Semifinals.

Game 5 will take place back in Houston on Tuesday at 9:30 pm EST.