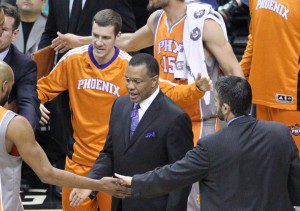 Erman, who will oversee the Pelicans’ defense, informed Celtics officials on Tuesday morning that he had accepted the job with New Orleans, league sources told Yahoo Sports.

A disciple of ex-Chicago Bulls coach Tom Thibodeau, Erman was the architect of a Golden State Warriors defense that developed into one of the league’s juggernauts. Yahoo Sports