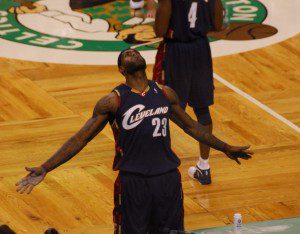 On the eve of his fifth consecutive NBA Finals, the four-time league MVP who has carried the Cavaliers within four wins of a championship in his homecoming season, LeBron James appears to be playing the best ball of his life.

Others have said so, some insisting they’ve never seen anyone — at least no one this side of Michael Jordan — perform at such a high level.

James has been magnificent in these playoffs. Clutch. Focused. Confident.

But does the 30-year-old believe he’s at the pinnacle of his 12-year career.