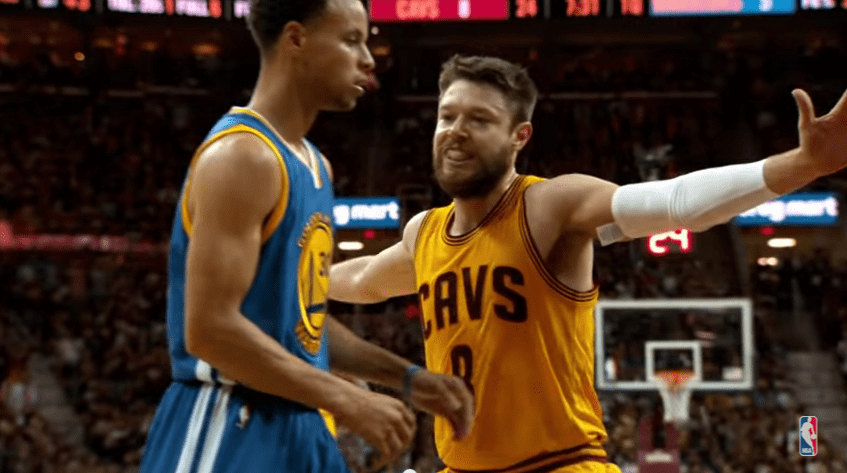 Despite the 1-1 series tie in the NBA Finals, the steadfastness of the Cavs in conjunction with Matthew Dellavedova‘s out-of-this-world play swayed the momentum squarely back to Cleveland—in Cleveland.

The NBA Finals represent more than simply the conclusion of the months-long basketball season to determine the champions. Historically, the championship series also serves to separate the mortals from the gods. After all, time did sort out the San Antonio Spurs as quintessential championship material from, say, the Phoenix Suns, who were great in own regard with their run-and-gun offense and effective three-point shooting, but never hoisted the Larry O’Brien trophy at season’s end.

With the NBA Finals tied up at 1-1 and heading to Cleveland for Game 3, equilibrium was definitely present. LeBron James had little to no rest in Game 2 as his Cavaliers won a nail-biter in overtime at the Oracle Arena in Oakland. Still, LeBron seemed positioned on the losing end of history at that point. LeBron James was poised to be a modern sisyphean figure, single-handedly conquering the boulder that is winning an NBA Finals game, only to painstakingly start over the next day. There were hushes that James would be the modern Jerry West, the only player to be named Finals MVP and not win the championship.

But narratives change rather quickly with each passing game. With Stephen Curry shooting as worse than he ever has in the 2014-15 season, there was no way that the Golden State Warriors would repeat such an atrocious performance. Even then, the Warriors were within reach of making it a 2-0 series lead.

If James is Sisyphus, then the Warriors are slowly revealing themselves to be Icarus. In Game 3, Steph Curry continued his shooting slump from Game 2. In the first few minutes of the second half, Matthew Dellavedova had more points in the quarter than Curry had the entire first half. But despite the poor first-half shooting, Curry eventually found his stride in the third and fourth quarter, putting up a serviceable stat line of 27 points off 10-20 shooting and 7-13 from the three.

The third quarter of the game dissipated any hope of winning for the Golden State Warriors. All throughout, LeBron dominantly attacked in the paint, daring for a Warriors defender to foul him. Instead, James would be rewarded with easy lay-ins. On the rare occasions where the barrage of double teams proved effective for Golden State, nearby Cavs big men in Timofey Mozgov and Tristan Thompson easily grabbed a board for a put back. Mozgov contributed with 6 points and 5 rebounds while Thompson quietly scored 10 points, but totaled a team-high 13 rebounds.

Though their offensive production doesn’t seem impressive, the Cavaliers don’t need to be when they’re being led by LeBron James. Despite resting for only two minutes in Game 3, James saw no rust. He ended his night with 40 points, continuing the historic scoring feat from Games 1 and 2.

There was a glimmer of hope for the Golden State Warriors in the seldom-implemented David Lee. Despite being the butt of various jokes during the Finals, Lee checked in what was essentially third-quarter garbage time. But Lee didn’t consider it that, dwindling the 20-point deficit and keeping the Warriors within reach as the final minutes of the fourth quarter approached.

Still that’s when LeBron and Matthew Dellavedova took over to seal the victory. Dellavedova looks to be possessed with the same other-worldly characteristic as is James, especially in Game 3. He scored 20 points—only 7 less than Steph Curry—through an array of floaters and second-chance shots that meant more to the game than some scored by LeBron. After all, if everything is going down for Delly with ease, other machinations must be at play. It’s the basketball gods shining their light on the city of Cleveland.

Yet Delly is a mere mortal. After his insane performance in Game 3, he was placed on a stretcher and taken to the nearby Cleveland Clinic where was given IV for severe cramps.

With momentum and home-court advantage on their side, two more wins to close the series might come sooner than initially expected.