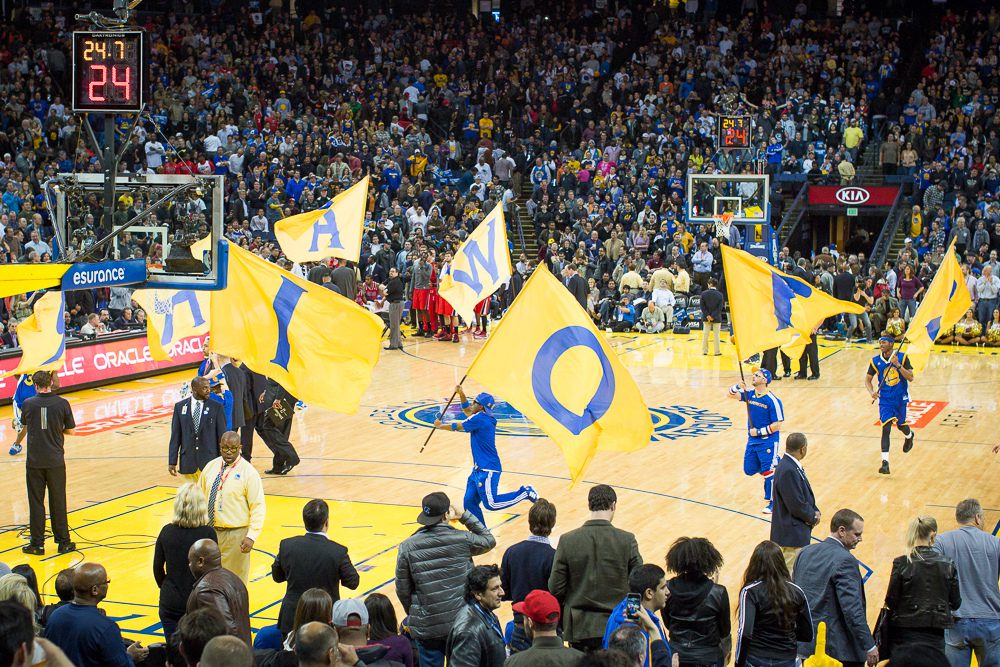 LeBron James gets too much credit and too much blame for everything. Yes, James is delivering an all-time statistical performance through three games with 41.0 PPG, 12.0 RPG, and 8.3 APG.

LeBron James has scored, assisted, or created 200 of the Cavaliers’ 291 points through the first 3 games of the #NBAFinals. Beyond unreal.

That’s hard to believe although it’s not totally unprecedented (comparing eras and Hall of Famers is something we can do during the offseason). What deserves more attention is the porous play of the Golden State Warriors. The team with the best record in the NBA is playing with a sense of fear unseen from this squad until the Finals. They are hesitant. Passive. Unaggressive. The Cleveland Cavaliers have something to do with that, but there are clearly other factors in play. Here are the fives factors that must change for the Warriors to have a chance in this series.

James has been playing 47.4 minutes per game, an impressive number no matter how you slice it. The Warriors have not taken advantage of this fact by giving James anything to do on the defensive end. Seriously, he sometimes just stands for entire possessions because Andre Iguodala and Harrison Barnes have not been asked by the coaching staff to move much without the ball unless they are setting a screen above the key. Adjustments need to be made that force James to work on defense. Even pick and rolling James to guard Klay Thompson or Stephen Curry would be a good idea simply to force James to expend more energy running around the court. After all, we are talking about a guy who consistently has a cramping problem.

There should not be one possession where James is standing still. He wants to play 47 minutes a game? Fine. Make him work for on both sides of the floor.

Each game in the Finals so far has featured several advantageous fast break opportunities for the Warriors that have ended in a contested three-point shot instead of a simple pass for an uncontested layup. This needs to end.

The Golden State Warriors starters attempted three free throws in Game 3, all by Draymond Green. Those same starters had 25 three-point attempts. The numbers speak for themselves.

Sometimes clichés are true. Playing with urgency can be hard to do when everyone is blowing smoke up your butt for an entire week before the Finals, and then the opponent loses their second best player for the entire series in the first game. The Cavaliers gained a bunch of motivation, and the Warriors felt more assured than ever that this series was a wrap. How else can we explain the Cavaliers completely outworking the Warriors? A lack of experience can affect how well a team plays, but that has nothing to do with effort. Even the Black Mamba felt compelled to call them out.

The Memphis Grizzlies are much more physical than the Cleveland Cavaliers (although Mike Conley‘s face was broken, and Tony Allen‘s hamstring basically took him out of the last three games of the series; a story for another day), specifically in the frontcourt. Golden State overcame that challenge in the Western Conference Semifinals. The Warriors are more than capable of stepping up to the challenge.

Stephen Curry Needs to be the MVP

Curry scored 27 points in Game 3, 17 in the fourth quarter. In other words, 10 points in the first three quarters. Not good enough.

Sixty-five percent of Stephen Curry’s field goal attempts were three-pointers and he attempted no free throws.

Curry also had three turnovers in the final minute.

If this were anyone else in the league, they would be getting destroyed by fan and pundits alike for being a false MVP. LeBron James deserves a lot of credit for the Golden State Warriors being in a 1-2 hole, so does the current MVP. A lot of things have gone wrong for the Warriors, but it wouldn’t matter if Curry continued to play at a high level. He is currently being outplayed by Matthew Dellavedova. Think about that for a second.

It doesn’t matter how it happens, Curry needs to answer the bell.

The Referees Need to Be Consistent

No one really wants to talk about this, but the poor officiating has clearly affected both teams negatively. In my lifetime, the NBA has always allowed more physical play during the postseason with more and more contact being allowed the further along we go in the bracket. The most egregious example took place in Game 2 at the end of regulation when LeBron was very clearly hacked. The folks in Cleveland definitely agree.

Overall, allowing more “physical” play affects the Warriors much more than the Cavaliers. The Warriors went through the Western Conference without opponents being allowed to use the same physical style of play because the refs didn’t allow it. This has removed the flow from Golden State’s offense although they should not be excused for hesitating to enter the paint. At the same time, the refs are simply not calling the game in a consistent manner. There was a play in the second quarter where a LeBron screen amounted to keeping his hands up and holding a player’s jersey to ensure Dellavedova got an uncontested shot. Here are a few other examples of questionable calls and non-calls by the refs.

Dellavedova took a sideways jumps into Curry before hitting the bank shot.

This one is hilarious because there are at least two reasons to call a foul on James:

The NBA admitted mistakes made the refs at the end of Game 2. If the NBA really wants to be accountable for the bad calls their officials make, they should also mention examples that happen before the closing minutes.