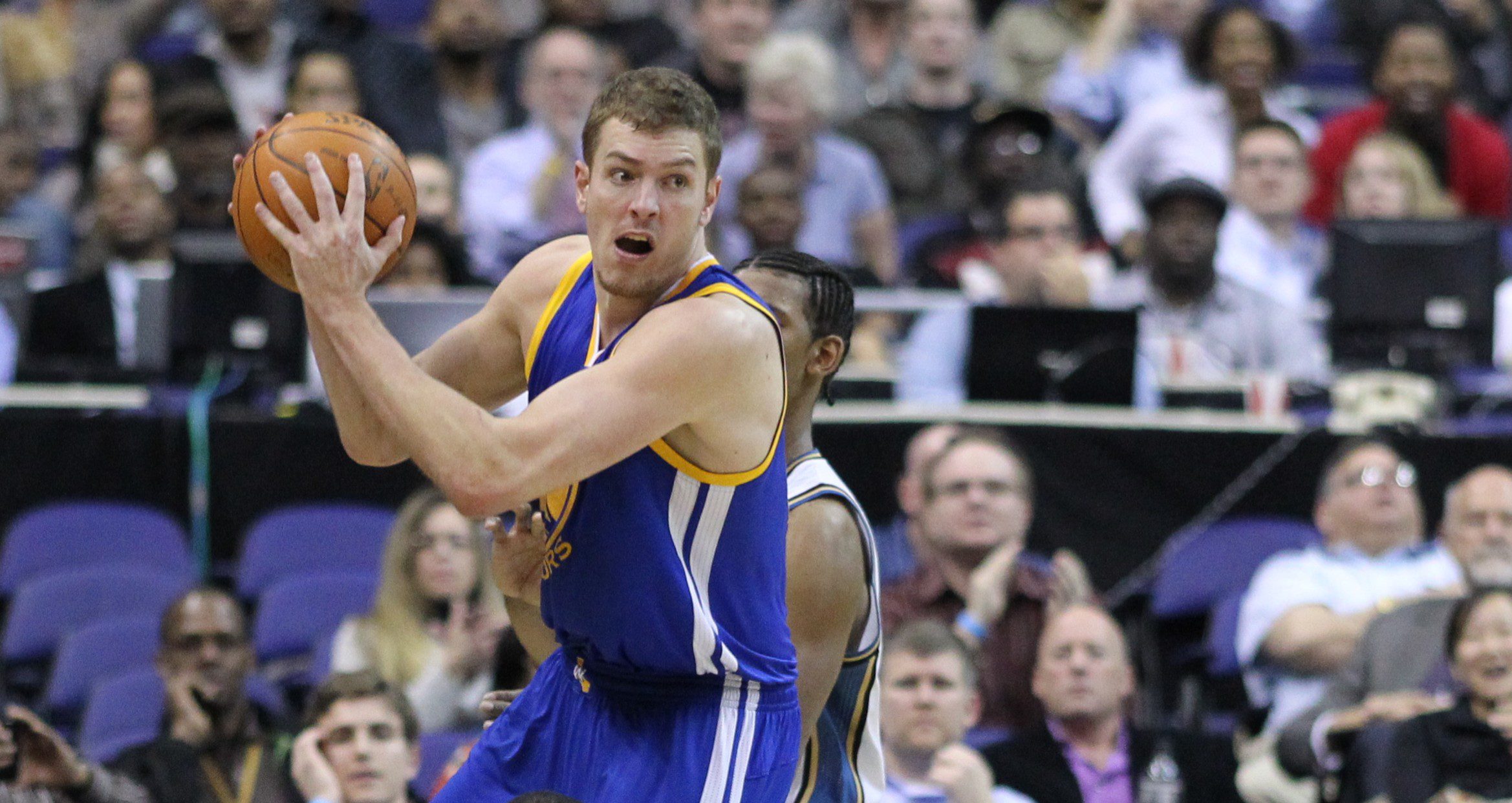 When David Lee was traded from the New York Knicks to the Golden State Warriors, the Bay Area squad was in terrible shape. Non-competitiveness and annual mediocrity were common occurrences. The playoffs were an elusive beast who never even looked in Golden State’s direction. For awhile, even after the Warriors acquired Lee, they remained in the dumps. 36-46 in his first season with the team, 23-43 in the next. In 2012-13, prospects changed. The Warriors won 47 games before upsetting the Denver Nuggets in the first round. The following year, a 51-win Golden State unit got bounced early on by the Los Angeles Clippers.

Alongside the emergences of Stephen Curry, Klay Thompson, and various others, Lee and the Warriors were relevant. They were a playoff squad. Mediocrity in the Bay Area had passed as a new age of exciting, three-point based basketball had arrived. In the center of this excitement was Lee, an All-Star power forward who put up stellar numbers: an average of 20.1 points and 9.6 rebounds per game one year, 18.5 points and 11.2 rebounds in another. These statistics, as his haters would remark, were misleading. A double-double average or a near 20-points per game scoring ability can’t dismiss terrible defense from an undersized big. Skilled post moves don’t trounce the notion that Draymond Green‘s energy and defensive work can outweigh Lee’s input.

When Lee suffered through an injurious 2014-15 season, Green excelled. The Michigan State product had a career-defining run, finishing second in the Defensive Player of the Year voting and making the 2014-15 All-Defensive Team with First Team honors. His occasional ability to nail an open trey and reliable defense made fans forget about Lee. But there Lee was, rehabbing through health ailments on his own, cheering for his teammates while watching from the sidelines in a suit. The question became a daily talking point for Bay Area radio hosts: “What will Steve Kerr and the Warriors do with Lee when he returns?”

Golden State fans received a firm answer that must have taken Lee by surprise. Not only did Lee lose his starting position to Green, he essentially lost his role in its entirety. Marreese Speights was having the best season of his inconsistent career. A healthy Festus Ezeli proved worthy enough to land regular big man minutes. Trapped under a devastating set of poor fortune was Lee, the former All-Star who Golden State once gave a six-year, $80 million contract because of his ability to ball. Now he was just sitting, surely working on his game during practice, never being able to reveal it during games.

As such, the basketball world moved on from Lee. The Warriors ended up going 67-15 on the path to having the most successful regular season in franchise history. Curry won the MVP as Golden State went 39-2 at home. Thompson continued his star-like ascension. Green locked down his starting spot. Andrew Bogut was mostly healthy and acted as a pivotal defensive anchor. Lee naturally became placed in an awkward position. He was part of the best team he ever suited up for, yet his minutes were either inconsistent or nonexistent. In a league of egos and worldly talent, Lee swallowed his pride. He knew he could still play, but why mess with success? That’s the thought Kerr must have favored.

You know how the story should end from there, and maybe you predicted it all along. The Warriors win the title as Lee rots on the bench, a mere symbol of fallen ability, a clap here and a cheer there as he secretly hopes the team tailspins because they won’t include him. No, that’s not what occurred at all, and that’s a testament to Lee’s character. His cheers were genuine. His support of his teammates was unwavering. His criticism of Kerr? There was no criticism. Lee accepted his role with a quiet humility, with a true understanding that he was part of something bigger than himself. This positivity ended up rewarding Lee, not because it gave him the glory of a winning shot or the thrill of dominating an opponent, but because it kept him prepared.

When the NBA Finals started, no one expected Lee to have a place. Not appearing at all seemed possible. Maybe it was good karma or maybe it was dumb luck, but Lee ended up solidifying a meaningful role against LeBron James and the Cleveland Cavaliers. Playing in four of the six games, Lee’s offensive ability and energy left an imprint on the series. Not a James or Curry imprint, of course, but an imprint nonetheless. He had 11 points and four rebounds in Game 3, followed by nine points, five boards, and three dimes in Game 4. These don’t sound outstanding, but given what Lee went through this season, given his reduced role and alteration from All-Star to roster filler, his input was admirable.

In the end, Lee helped Golden State win a critical Game 4 when they were down 2-1 in the series. Anytime the Splash Brothers drilled a three before an opposing team’s inevitable timeout, Lee was the first to greet the given contributor with a smile or form of recognition. All season, his support was authentic. More so than anything else he did in a Golden State Warriors’ uniform, Lee’s character over the 2014-15 season stands as his greatest accomplishment. He never complained about his injuries. He never criticized Green for snatching his spot or Kerr for taking it away. Most notably, he never allowed individual disappointment to trump his commitment to the team concept. For all these reasons, Lee is a true NBA champion, one Golden State’s players and fans will miss when he departs.