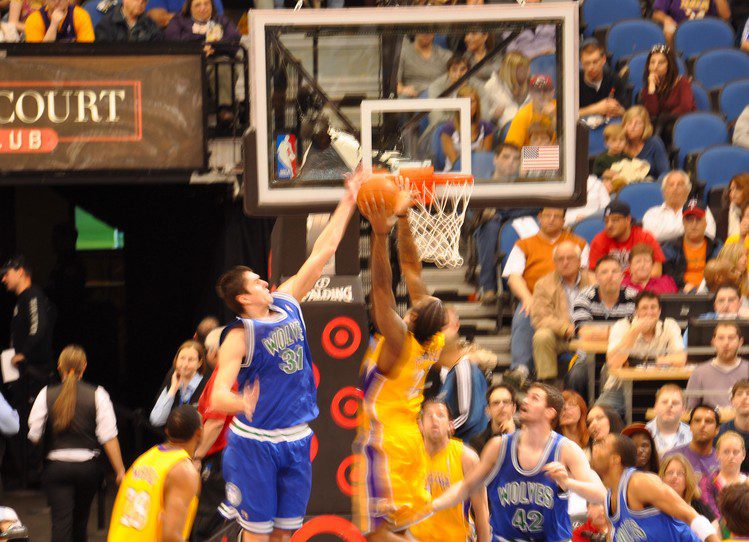 Darko Milicic is a name that will go down as one of the biggest draft busts in NBA history. Luckily for fans of the Detroit Pistons, the bust did not cause too much of a disaster. The Pistons won a title in the same season.

But the Pistons got lucky. A missed pick like that can ruin a franchise, or at least mean a return to the lottery for years to come. The Pistons were already a solid team at that point, acquiring the pick in a past trade, but what if the Cleveland Cavaliers had made that pick? Or the Miami Heat?

Cleveland basketball would be nowhere near where it is now. The title for the Heat in 2006 may have only existed in the dreams of all ten or so true Heat fans in Miami.

But blaming a player like Milicic is simply not fair. He was just not good enough. Those making the decisions for the Pistons weren’t forced to select him with the second overall pick. They could have gone with the likes of Dwyane Wade, Chris Bosh, Carmelo Anthony, or literally anyone else.

Sam Bowie is another name that comes up and draws moans of agony from fans in Portland who are still getting over drafting Greg Oden in front of Kevin Durant.

Bowie was famously drafted in front of Michael Jordan, but was also taken in front of Charles Barkley and John Stockton, among other lesser known players of NBA past. He did not have an awful career, but injuries and the inability to be one of the greatest players in NBA history may still have fans in Portland thinking about what could have been.

There are surely people in Portland, although its reputation as a very quaint city, who would go up to Sam Bowie, being easily recognizable as the tallest person in this hypothetical situation, and tell him how he let them down by not being Michael Jordan. As if he was not already aware of this obvious fact.

But these types of complaints would be given to the wrong target. Fans should direct any issues they have with drafted players at the people who made the decisions. People get paid to complete the task of scouring the world for talent, getting to watch these players in person. They are able to hold private workouts and hold meetings with the players to see any flaws that may exist. Injuries are something that cannot be predicted, but simple sense should prevent certain picks.

Yet bad picks are made. Anthony Bennett is taken with the top pick when he never showed anything that would deserve such a selection. The talent pool in 2013 was thin, but Bennett was still taken far too early.

The difference is that those making the picks are allowed to miss picks, or at least a few before getting fired, without ending up on countless countdowns chronicling players forever known as busts.

One issue is the process of overthinking a pick, which can be affected by all the available analytics and metrics when it comes to draft prospects. This is not to demean the field of advanced statistics and analytics in sports. The point is that too much focus may be put on certain metrics. Just cross over to the NFL and look at Tom Brady, whose 40 time was not exactly under 5.28 seconds. Spergon Wynn may have run a faster time at the combine, but I’m more than 100% positive that fans in Cleveland would have accepted Brady’s time in exchange for Super Bowl victories.

So forget your Adam Morrisons and your Kwame Browns. Get out your list of NBA GMs, and make sure to have it next to the list of player’s drafted on Thursday. Remember the bust of a decision being made, instead of labeling a 19 or 20 year-old a failure.