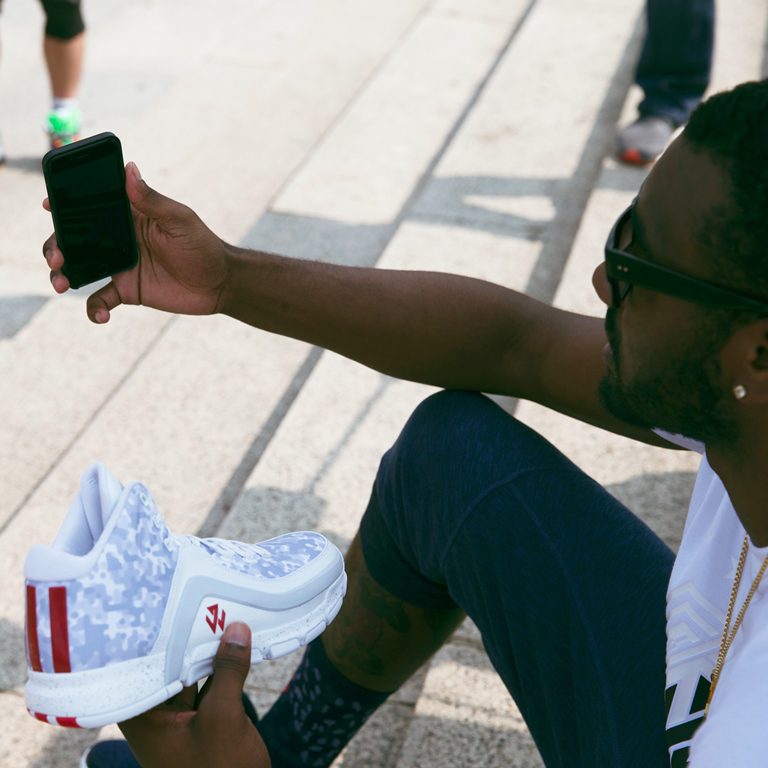 Yesterday, John Wall decided to do some social networking with fans through adidas’ Basketball account on Periscope. The NBA All-Star and Washington Wizards point guard has long been supportive in communicating with fans of his and his game, and so he treated everyone who was watching the stream to a special treat — a look at the upcoming adidas J Wall 2!

Though an incomplete look at the new shoe, it’s telling. It’s a superior shoe to the adidas J Wall 1, which while not unattractive, was oversized and strangely paneled, depending on the colorway. It looks more like a shoe befitting a big man, as opposed to John Wall, whose game is quick and befits a lighter-looking, fast shoe.

The J Wall 2 is an improvement. It’s sleeky along the sole, with flex grooves in the forefoot. The heel stripes make an appearance, borrowing from the earlier adidas D Rose shoes. It’s not puffy like its predecessor — it looks thinner, but still protective. It’s a better shoe off of looks alone.