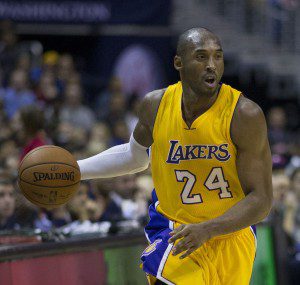 Byron Scott sees D’Angelo Russell, Jordan Clarkson and newly signed Lou Williams composing the Lakers’ new three-guard rotation. And he sees Kobe Bryant playing more small forward next season. “If we don’t get another guard, then Kobe’s in that mix,” Scott said. “I’m kind of going through those scenarios. But not necessarily as far as who’s starting and who doesn’t … I think (Bryant) will play more three than two. If we can get him at the elbows and at the mid-post, the more effective he’ll be. I don’t think he needs to be using up the whole 94-foot floor. If we can cut that down some, I think that saves his legs as much as possible. But if we can get him where he operates best, which to me is elbows on each area, top of the key, at the pinch post, at the mid-post, then I think he can be real effective for us.” NBA.com