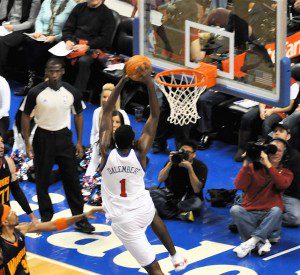 Samuel Dalembert, the square-peg center from two seasons ago, suddenly looks like a lot better fit for the Dallas Mavericks’ hole at the center position.

The 6-11 Dalembert on Saturday agreed to a one-year deal for the veteran’s minimum, which in his case will be about $1.5-million.

Last season with New York, he 4 points and 5.3 rebounds in 32 games. He has never averaged less than a blocked shot per game since his rookie season. The Dallas Morning News