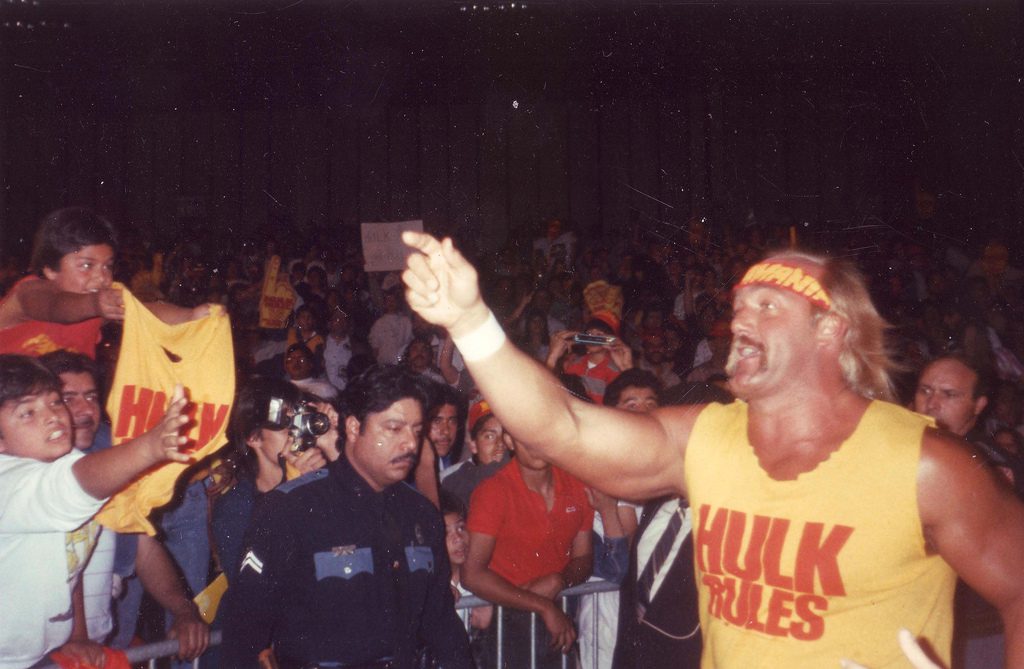 Baller Mind Frame’s No Layups brings you the hottest stories mixed with personal opinion from our very own Aaron Lanton. Check the knowledge we’re dropping on you!

Everyone knows about WWE’s ban of Hulk Hogan by now, and has likely read some excerpts from Hogan’s n-bomb laced tirade. There’s a whole saga concerning the sex tape that Hogan’s derogatory comments were found on, and the $100 million lawsuit Hogan filed against Gawker Media for wanting to go public with the tape’s content. For obvious reasons, we won’t be going into detail on that issue, but we should do exactly what WWE hoped to avoid by immediately removing Hogan from their history – revisit their insensitive, racist gimmicks that sought to appeal to the lowest common denominator.

George Gray (a 6′ 9″, 450 pound white man) began his career with WWF (now known as WWE) as One Man Gang, a biker badass complete with a mohawk, denim jacket, and chains. This wasn’t enough to push him over the top. Following his loss at Wrestlemania IV (1988), something had to be done to give him a spark among the fans. What could do it?

Of course! Let’s remake One Man Gang’s origin. He will now be from “Deepest, Darkest Africa” (their words, not mine) and ask him to embrace his new found heritage with African garments as Slick, his Black American pimp-manager, escorts him to the ring in the ambiance of 70’s era blaxploitation music.

Needless to say, Rachel Dolezal was nearly three decades late to the party.

I am shocked by the statements made by Hulk Hogan. It’s unfortunate, but that’s something that he’s going to have to deal with.

Booker T, one half of Harlem Heat, should be allowed to express public denouncement of Hogan’s comments, but claiming to be shocked might be overdoing it a bit. Harlem Heat debuted with WCW (not WWF/WWE) where he and his brother wrestled in the ring while wearing prison uniforms.

Harlem Heat eventually got away from that specific gimmick, but still had to play up many racist stereotypes in their time with WCW. Booker T eventually became a staple of singles competition in the WWF/WWE, but has never completely shaken the shameless stereotypes in wrestling culture.

Yes, he did just say that.

I’m not even going to introduce this one.

Kamala’s introduction to the world didn’t begin with WWF but they did use the character in the same manner. I didn’t even remember the time WWF’s Slick taught Kamala how to bowl with one of the most condescending things on American television in the past two decades. It is absolutely mind blowing that this happened. You can’t write a storyline where Kamala wins against any wrestling star even if both of their arms are broken. The fans would complain that (insert WWF star name here) lost to an African savage.

Do a Wrestlemania VI (1990) promo in blackface while adopting a civil rights stance where you argue solidarity among all people? Sure, why not?

Just watch the video that introduces the tag team duo for their WWF RAW debut.

No one needs to explain why that mess from 2006 is incredibly problematic.

Make sure to soak in the commentary and watch what they made Tony Atlas do after winning the match.

What kind of backwards crap is that? This didn’t happen in the 50s or something. I was alive.

There are tons of problematic stereotypes and behaviors across WWF/WWE’s history (professional wrestling as whole, really) that should be discussed with the hopes that those issues will be assuaged in the future. Scrubbing Hulk Hogan from the history books won’t change the sport’s prior cultural sins, and it certainly doesn’t signal a better tomorrow when the same decision makers are in place. At the same time, what does that say about us when we don’t stop watching?