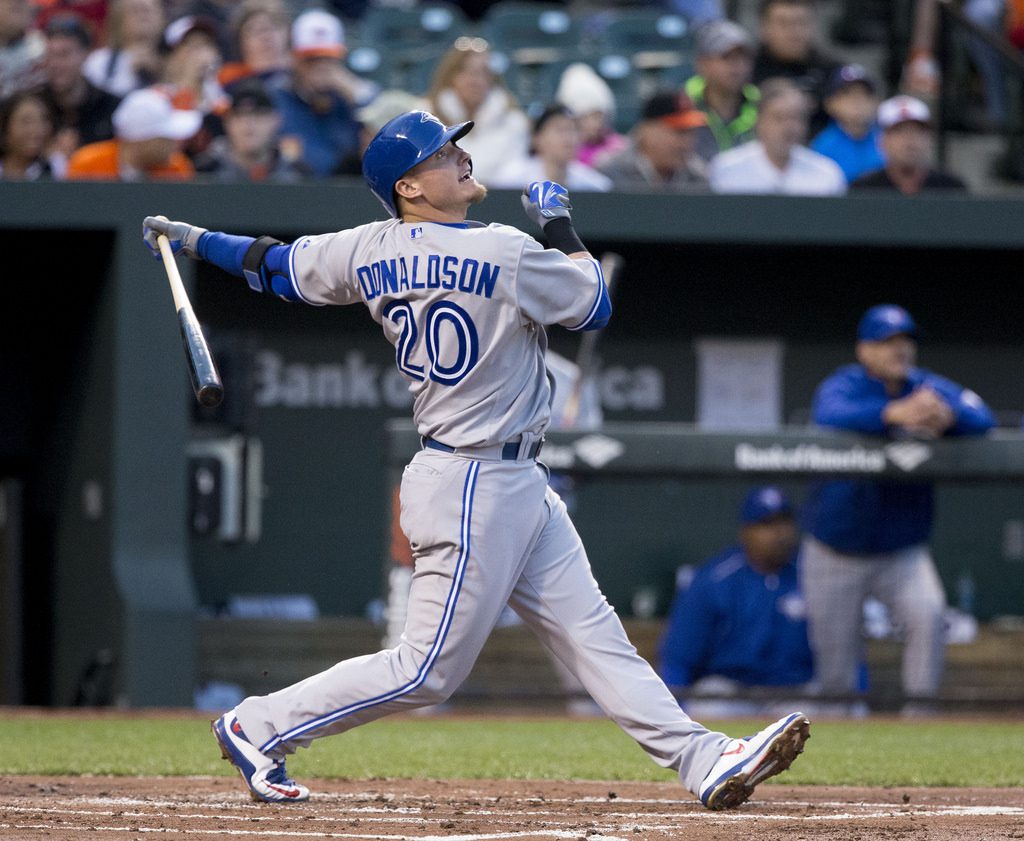 The Toronto Blue Jays currently own the dubious record of 22 years without a postseason appearance. For those of you doing the math that was 1993, the same season the Jays won the World Series. It’s hard to believe that a team could win back-to-back World Series titles and then not make the post-season for 22 years, but that is the sad truth. As a native Torontonian I am happy to report that there is solid hope that the Blue Jays will be a part of the 2015 post-season. This news is out in mid-August, and not in April, which is the most promising part of the story.

There was rampant speculation about moves the Blue Jays had made, or failed to have made, when the 2015 season began. Russell Martin was a nice signing, but was he that much better than Dioner Navarro. The team (or rather team GM Alex Anthopoulos) hadn’t addressed a need for quality relievers or a closer in the bullpen. The starting pitching was also very suspect, and it became nearly sickening when projected team ace Marcus Stroman was lost for the season before it even began. The one consensus agreeable move was the jettison of Brett Lawrie for Josh Donaldson. While Lawrie was a bit of a Canadian born fan favorite, he was also a hothead, particularly at the plate. While there were some other pieces the Blue Jays gave up in order to acquire Donaldson, he was a marked improvement both offensively and defensively at third base. Would it be enough?

As the season rolled through June and July, the Blue Jays had moments where they looked unbeatable. Those were usually promptly followed with stretches where you wondered if they would ever win again. The team had a habit of loading up runs in games they already had well in hand while falling into a collective funk in close scores. The starting pitching and bullpen were not exactly helping out by allowing very high run totals. It all summed up to a team that was around .500 when the season reached the trade deadline.

The Jays were in a tough spot. Several games back of the division leading New York Yankees and in a mix with no fewer than five other teams for a wild card spot, the decision to build rather than rebuild was a tricky one to make. It wasn’t so much that the Jays couldn’t make up the ground on one or two of the teams they were chasing, it was that there were so many other teams in the chase. This included the in-division Baltimore Orioles and Tampa Bay Rays. The team was in desperate need for pitching support (as they had the highest runs for in the entirety of MLB), which made their first move all the more puzzling.

Troy Tulowitzki and Jose Reyes were varying degrees of the same player. Both have large contracts that were signed in their primes which were long past. Both have solid bats (Jose for average, Tulo for power and average) and injury issues. The idea of exchanging the two (with some added players from the Jays to make the move worth while) hadn’t really crossed anyone’s mind. So when the trade news broke there was a collective furrowing of the brows. Tulo was a defensive improvement on Reyes, but Reyes fit the line-up. The Jays didn’t need another power bat. If anything the team needed more bats like Reyes. But still, the biggest need was pitching help, not bats.

Cheers were echoing down from the mountain top when the Blue Jays acquired David Price from the Detroit Tigers, but I wasn’t convinced. Yes, Price is an elite pitcher with lots of great knowledge of the American League East, but was Price worth the cost? To give up so many great young prospects, including your best pitching prospect, to get a guy who would likely not resign with your ball club at the end of the season wasn’t smart. It was short-term gain for a long-term loss. This move resembled what the club did when they acquired R.A. Dickey. Noah Syndergaard was the key player going to the Mets in exchange for Dickey. Dickey is winding down an illustrious career while Noah is only getting things going, and looks to be a club ace for years to come. If the move solidifies a trip to the World Series, how can you argue with the decision?

The Jays rounded out the roster acquiring right handed reliever Mark Lowe from the Seattle Mariners and left fielder Ben Revere from the Philadelphia Phillies. Lowe fills a gaping hole in the bullpen. Revere adds quality defense in left field while supplying a high batting average in the line-up. What I liked most about these moves was that both players have time left on their contracts. The club has given up numerous prospects, but they will have these players beyond this season, and can continue to build around them. But all these moves are just the pieces, how did it play out?

Since the All-Star break the Jays have been one of the hottest teams in baseball. They swept the Minnesota Twins to take over possession of the second wild card spot. The Blue Jays went on to sweep the Yankees in New York to sit now only a game and a half back of the Yankees for the division lead, and are now a half game ahead of the Los Angeles Angels for the first wild card spot.

Please remember not to get carried away. There is still a month of baseball left before the playoffs, and the Blue Jays are the type of team that could go on a 10-game losing streak as easily as they can go on a 10-game winning streak. Yet I find it hard not to be optimistic about their chances. It’s not as if I would be willing to put in my blind faith, but wide eyed hope, I can invest that in spades.