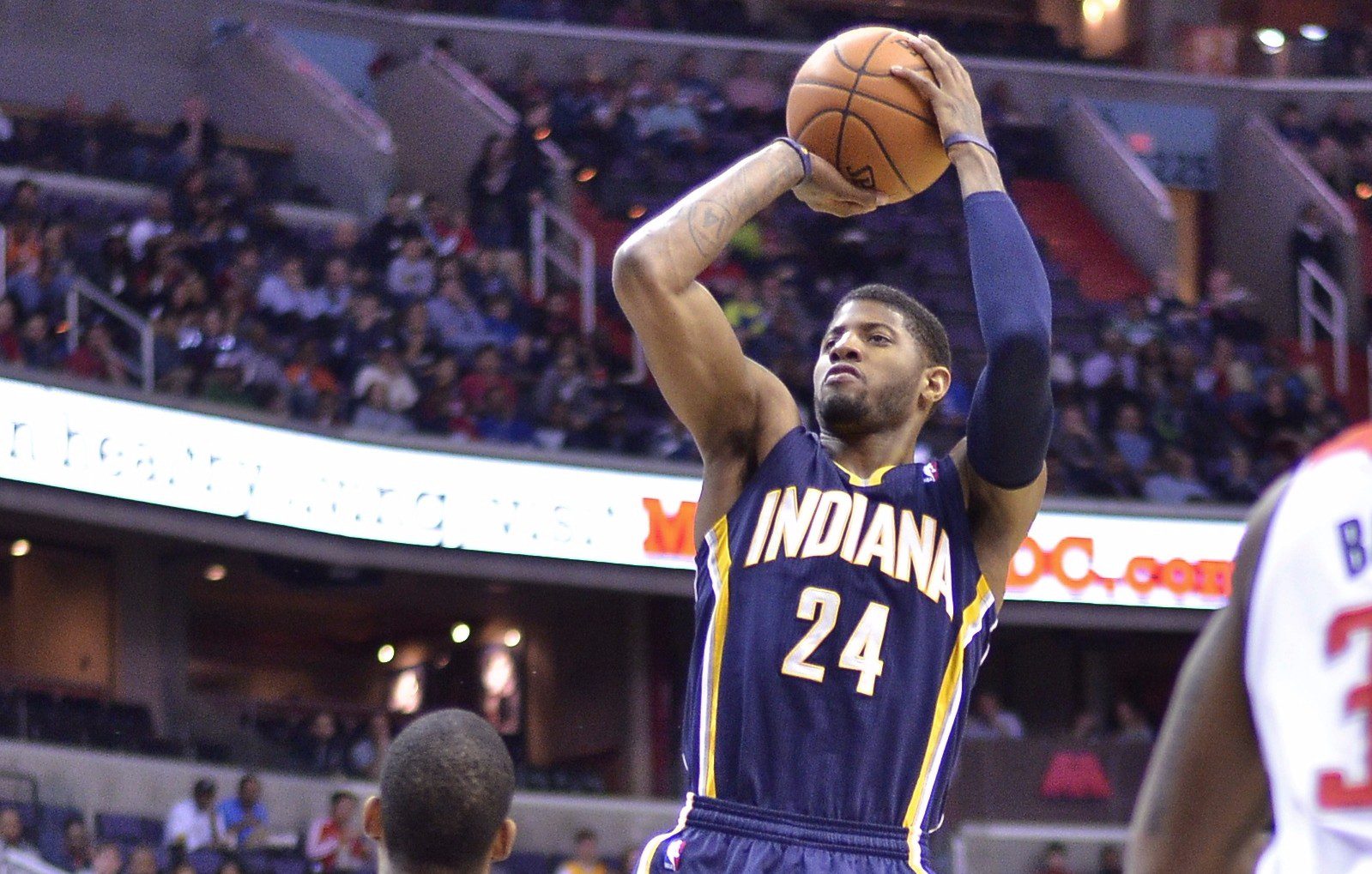 When Indiana Pacers star, Paul George, suffered an injury during a Team USA intrasquad scrimmage, the entire basketball world stopped. The injury was horrifying and people all across the country were clamoring for NBA stars to not play for Team USA  anymore. George’s injury went on to keep him out almost the entire 2014-15 season. In his absence, the Indiana Pacers missed the playoffs and lost a significant part of their lineup in the off-season. However, Paul George returns full strength to the Pacers team this year. He was a MVP candidate in 2013-14 and you should expect PG13 to return to his monster days and bring the Indiana Pacers back into contention.

As Paul George returns to the lineup again this year, he takes over a completely different team. Gone is NBA All-Star, Roy Hibbert (traded for a future second-round pick). Gone is locker room leader, David West, and gone is his backup, Luis Scola.

To counter the loss of two starters, the Pacers went out and made some impressive signings in Monta Ellis and Jordan Hill. The Pacers also added Chase Budinger and Glenn Robinson, while picking up Myles Turner and Joseph Young  through the NBA Draft. With this new lineup, the Pacers added a second premier scorer in Monta Ellis. This should help take some of the load off of George’s shoulders. With the addition of Ellis Paul George’s numbers should decrease slightly in scoring, but increase in field goal percentage, rebounding, and assists. If one were to predict Paul George’s numbers for the upcoming season, 18.4 points, 8.1 rebounds, and 4.3 assists per game sounds about right.

Even with the additions of Turner and Hill, the Pacers are still in need of a starting caliber NBA power forward and center. After the small-ball NBA Finals and the league rapidly changing to smaller lineups, the Pacers have stated that Paul George may play some power forward this season. While there has been some tension over the matter as George isn’t exactly ecstatic on the idea of playing power forward. However, Larry Bird, quickly reminded George that “he don’t make the decisions around here”.

As much as the Pacers need good big man, is it worth upsetting the star player on the team over? Despite the obvious tension, the Pacers will have to move forward with their plan to play Paul George as power forward.

The Indiana Pacers aren’t a championship team at this moment in time. Sure, getting their superstar back helps, but the Pacers are too guard heavy and too inexperienced to make a push for the NBA championship. However, Paul George returning brings a great deal of excitement for the upcoming season. Expect Paul George to have another monster year and play a more all around, complete game this season.