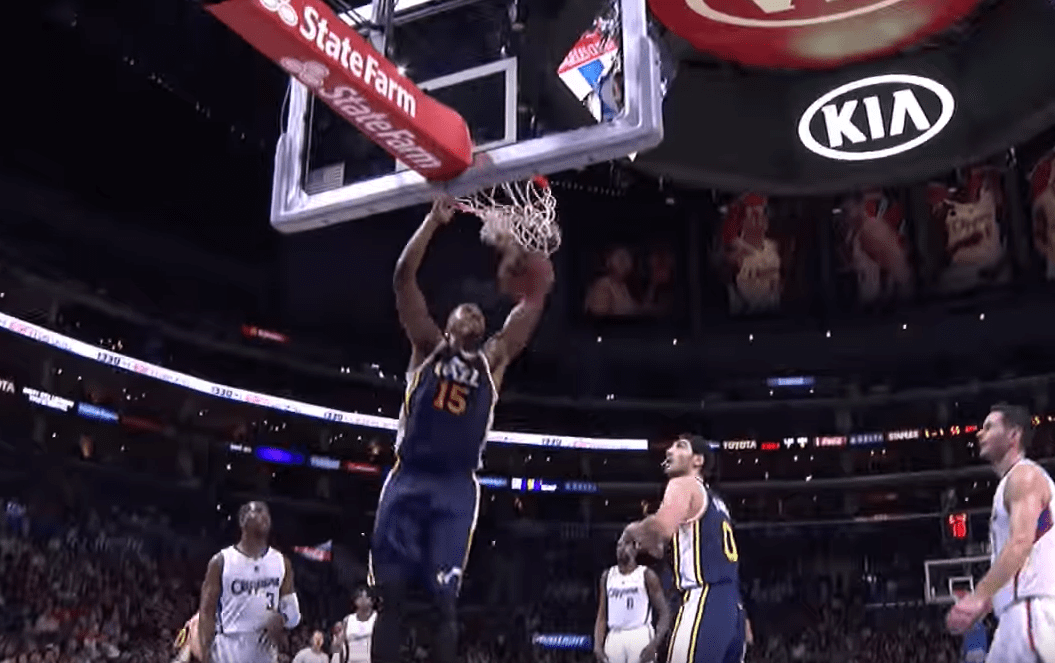 You know what’s a good way to tell when you’re getting old? When a guy is going into his sixth year in the NBA and he’s not even a full year older than you. That’s the case with Utah Jazz power forward Derrick Favors, a relatively anonymous name for novice basketball fans who don’t own NBA League Pass. For some people, Favors is probably best known for being a piece of the trade that sent Deron Williams from Utah to New Jersey (another way to know you’re getting up there in age: the player who is entering year six who is less than a year older than you started his career playing for the New Jersey Nets). Fans who are really paying attention will know that Favors is one half of the scariest young frontcourt in the NBA, and he’s the half who at the moment gives the Jazz more on a nightly basis.

It took Favors a while to get here, but he wasn’t drafted by New Jersey because of what he was at the time. Favors was selected third in the 2010 based on what he could be down the line. He had all of the physical tools you could ask for out of a guy who was only 19 years old and clearly needed a little more time to develop. Which is why it was absolutely baffling that the Nets would give up another future 1st Round pick, and Favors after only three and a half months of seeing what they had with him.

New Jersey’s, umm, I mean, Brooklyn’s future isn’t nearly as bright as Utah’s is, and Favors’ presence in Salt Lake City is a big reason why. Deron Williams is no longer a Net and since the Williams trade the Nets haven’t made it past the 2nd Round of the Playoffs. Utah’s patience with Favors has paid off, and now as he enters his sixth season in the league the former lottery project is a fringe All-Star. Favors’ development, and a few other draft picks working out, is why the Utah Jazz are routinely being tossed into Western Conference Playoff discussions for next season.

A lot of that will have to do with how the Favors/Gobert frontcourt plays together over an 82 game season. The limited sample size we saw last year suggests that Utah’s large frontcourt could be sustainable, and it makes sense why. Favors made big improvements as a defender last season, but having Rudy Gobert acting as a safety net patrolling the paint takes a lot of the pressure off of him.

Equally, the development of a more diverse offensive skill-set in Favors will do wonders for the Jazz sometimes plodding offense. Favors is nearly automatic when he’s close to the basket; he can finish with either hand and he’s shown some savvy footwork and crafty shot fakes to balance out the brute force he operates with in the paint most of the time. Last season he even showed an increased comfort-level in not only facing the basket, but scoring outside of the paint.

Favors is still a project, and he’ll have his good days and bad days. Utah won’t make the same mistake that the Nets made almost five years ago, though. Even though there are big time expectations for the Jazz heading into the season, they can still afford to be patient with Favors, Gobert and the rest of their young nucleus.