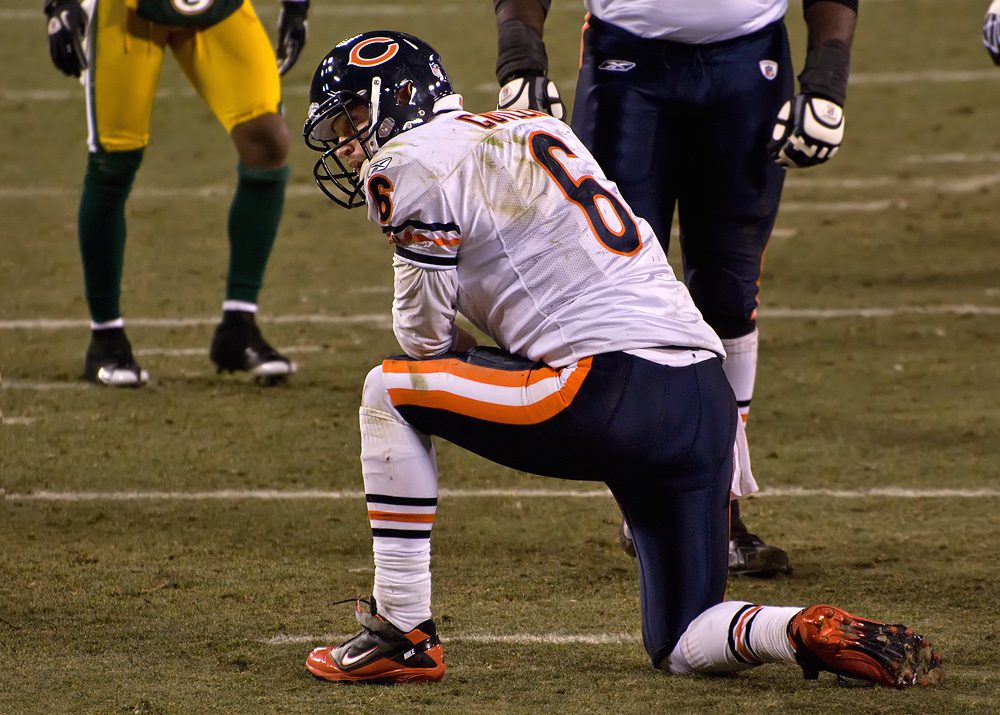 Another NFL week in the books and many winless teams finally managed to get into the win column. Yet there are still four teams that haven’t been able to manage a single victory in 2015, and the pressure is mounting.
The Baltimore Ravens lost Terrell Suggs for the year, but that isn’t the reason for the horrid start. The team has always been just good enough on defense to allow the offense to be mediocre and still pile up victories. Joe Flacco has a lifetime touchdown to interception ratio of 3:2. That’s not exactly a great number. In 2013 he actually had more interceptions (22) than touchdowns (19) and that team still made the playoffs. Flacco has also never thrown for more than 4,000 yards. No once! But he hasn’t had to. The problem right now is the defense has gone from elite to average and the offense has gone from steady to slow. Given the fact that Ben Roethlisberger is injured for the next few weeks, there might still be time to catch up. However, the recent loss to the Bengals really puts the Ravens behind when it comes to a playoff push later in the season.
The New Orleans Saints were without the services of Drew Brees for the last game, but the team hopes to get him back for their next game against the now struggling Dallas Cowboys. Sean Payton has been with the Saints for a long time, and he helped bring in a Super Bowl, but the recent trade of Jimmy Graham has had more than a few people wondering what this team was going to be about this year. The division was weak to an epic degree last year, giving many hope the Saints could emerge as a semi-unlikely division winner. The compounding aspect here is that both the Atlanta Falcons and Carolina Panthers have bolted out to 3–0 starts. Catching up would be incredibly difficult, if not impossible, at this point.
The Detroit Lions were in the playoffs last year and a blown play call away from facing off against the Green Bay Packers in the second round. The loss of Ndamukong Suh has hurt, but it seems as though even the offense isn’t where it would like to be. The offense is ranked 23rd in the league scoring a paltry 18.7 points per game. That’s a huge problem when you’re 25th in giving up points with 27.7 points per game allowed. The pass defense seems particularly suspect. The Lions seem to be going through a bit of a transition with the loss of numerous key free agents. It might be some time before they can come back and contend again with the likes of the Green Bay Packers and the upstart Minnesota Vikings.
There isn’t much to say about the Chicago Bears. The team is dealing with player changes, coaching changes, and a host of problematic players that are earning more than they are producing. The Bears need to be stripped down from top to bottom and reworked in a manner that works for the style of play they want going forward. Whomever the team seems as a long term coach is going to have to work with the GM on a plan, and they will need several years to get it together. John Fox may be this guy, but Fox never struck me as the leader that could build from nothing. He was always a guy that was a little better about getting stuff from the players that no one else could. Jay Cutler is the most interesting piece of this puzzle, as his fate may ultimately be what ultimately decides when the Bears get to move forward.
The NFL still has four teams in the Oh-No and Three category, and the only thing worse than that be joining an even less elite NFL group: Oh-No and Four.