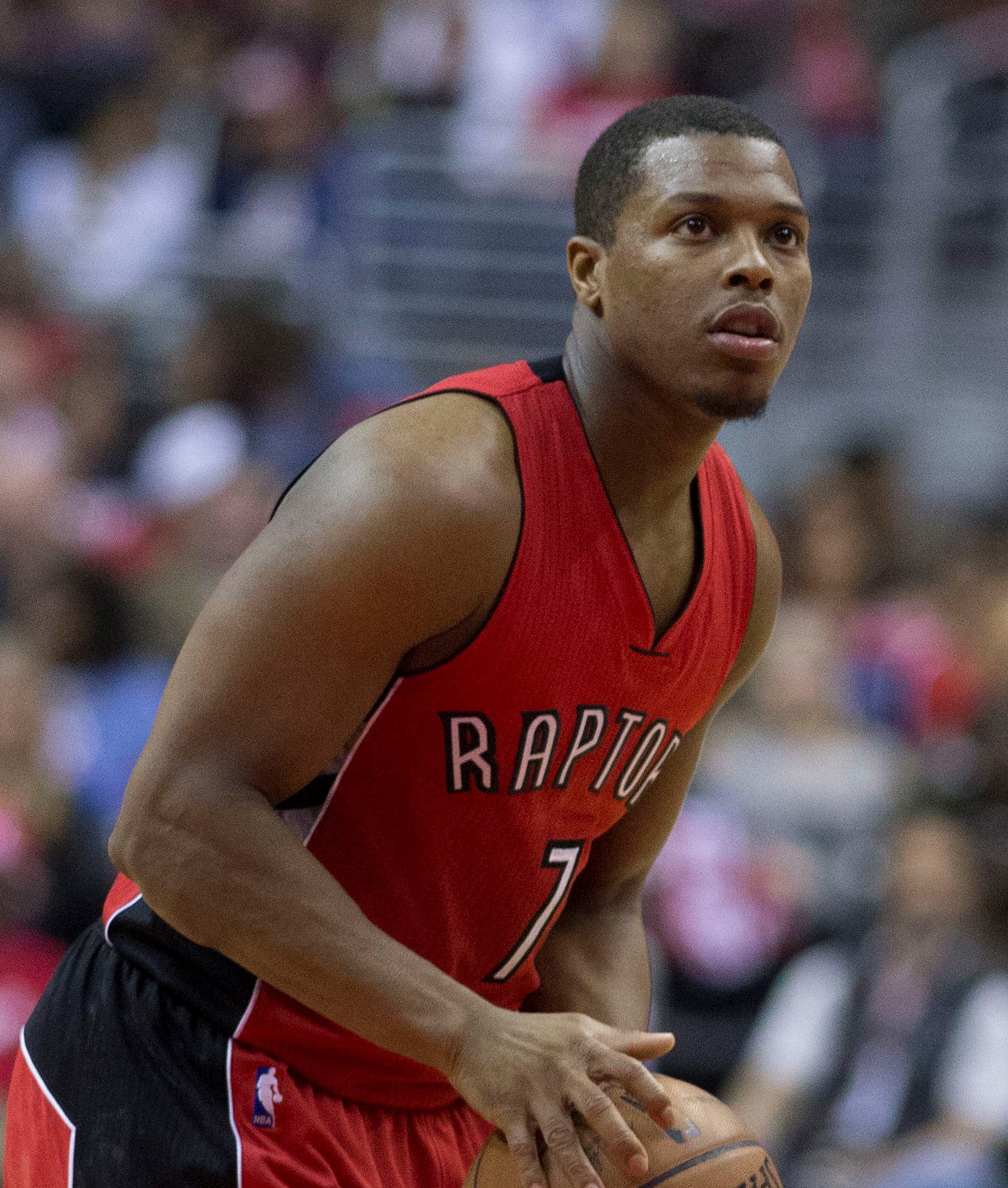 Over the last year my opinion on Toronto Raptors point guard Kyle Lowry hasn’t changed too much, and that’s a bummer for Lowry and Raptors fans. In my Lowry section from last years Top 50 Players Countdown I pondered whether Lowry (or Raptors shooting guard DeMar DeRozan) could ever be the best guy on a team that played well into May and possibly even June. Ultimately, I decided that neither of the two had the chops to be the best guy or number one scoring option on a serious contender.

I don’t particularly enjoy watching DeRozan’s game, but I don’t have any reason to dislike him personally. Lowry I actually like a lot. I like watching him play basketball because he’s always one of the two or three guys you would pick if you were watching a Raptors game and somebody asked you “Out of the ten guys on the floor, who do you think is playing the hardest?” I like that he has some Chris Paul in his; he’s a fiery guy who barks at referees and never backs down from opponents. He attacks the basket fearlessly and is equally unafraid of pulling up for a dagger jumper in crunch time. If you didn’t know he was from Philly, you could tell because of the way he plays.

All of that stuff is endearing, and when teammates start gushing about your leadership and work ethic like Lowry’s Raptors teammates did this year as he was carrying Toronto while DeMar DeRozan was injured, it makes you like a guy even more, especially when his past is littered with stories about clashing with coaches and teammates and coming into seasons out of shape. He finally figured shit out, and now he’s reaching his potential. Ultimately, as basketball fans, that’s what we should want from every player. Even if it means you have to admit you were wrong about someone.

For about a month I actually had to reconsider whether Lowry, not DeRozan, could be the kind of guy that carries a franchise and takes big shots in a must-win Game 4 on the road or a Game 7, because for the first half of the year Lowry played like an all-league point guard. In the 21 game mid-season stretch where the Raptors were without DeRozan, Lowry kept Toronto afloat, upping his per game averages 21.8 points and 8.7 assists as the Raptors went 12-9 during that time. 12 wins in 21 games isn’t a

As good as Lowry was for the first half of the year, I never fully bought into Toronto though, for two reasons: First, I knew they didn’t have the pieces around Lowry. Assume DeRozan is completely healthy …  are you prepared to put all of your eggs in the Raptors metaphorical basket, and back Lowry, DeRozan, Jonas Valanciunas, Lou Williams and whoever else the Raptors were trotting out there last year? I wouldn’t be.

Second, and more importantly for the sake of this column, I never put my full trust in Lowry. As good as he was playing from November through mid-February, he isn’t a generational, or even MVP caliber talent who could almost single-handedly carry a mediocre supporting cast to previously unknown heights. His game is too limited. He’s a good isolation scorer, but he’s not all that efficient overall. He was slumping from downtown all last season. He’s a good game manager, but not a great one. And I hadn’t seen a shred of evidence that Lowry could piece together a 7 month stretch where he kicked everyone’s ass the entire way.

You probably know how the rest of the story goes. The Raptors went 25-26 in their last 49 games after starting 24-7 and Lowry crawled to the finish line, shooting 37 percent in his last 17 regular season games before seeing that number dip to 32 percent in four sad Playoff games.

Another promising Raptors season ended with a whimper, and going into next year I’m once again lukewarm on Canada’s lone NBA team. There probably aren’t any legitimate reasons to wonder how much longer the Raptors postseason relevance will last, but I find myself doing it anyway. Maybe it’s just because I know that this team, as presently constructed, won’t last that long in the Playoffs. And how much of that we can pin on Kyle Lowry, I’m still trying to figure out.