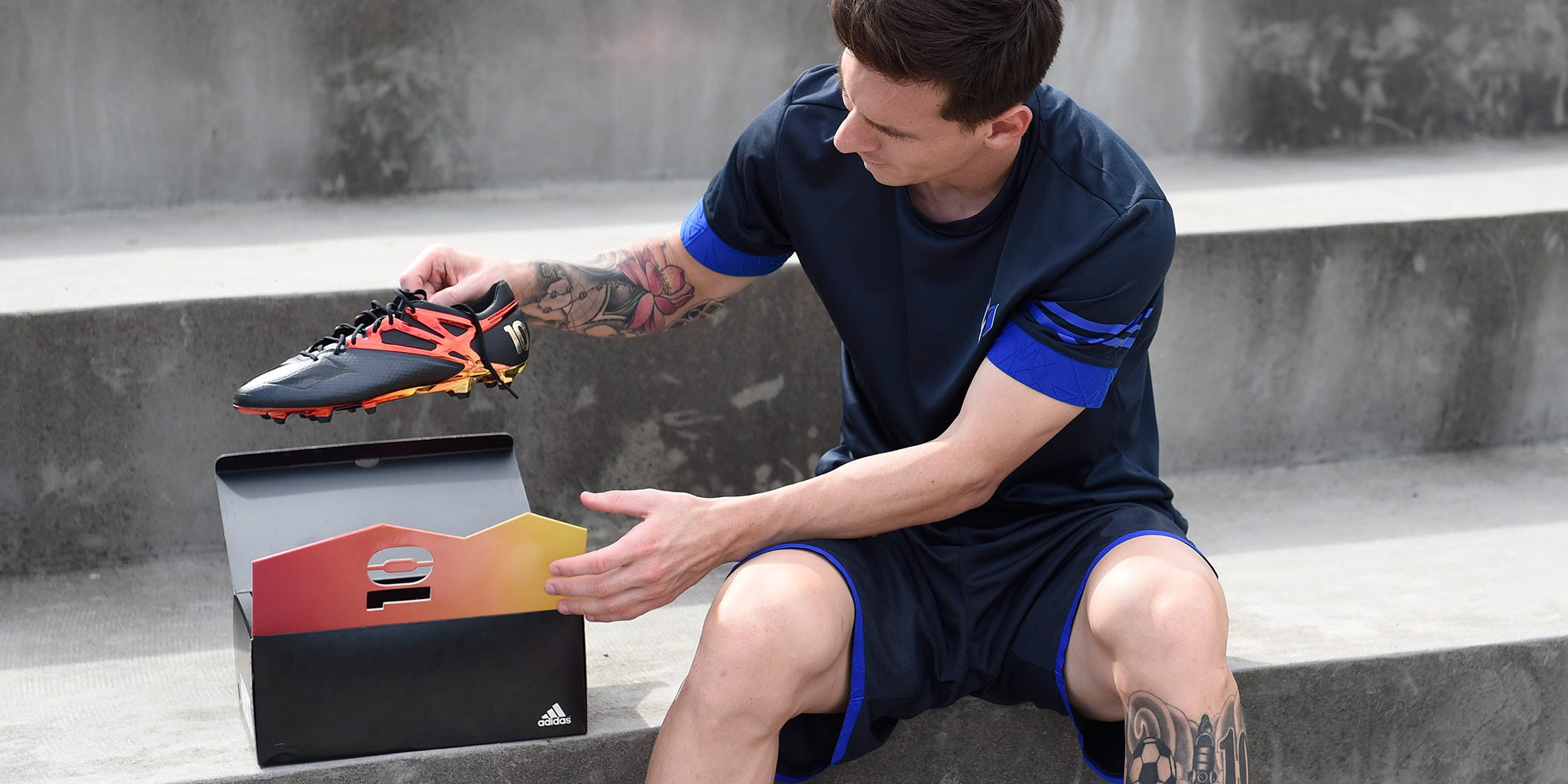 It’s not often that one of the greatest athletes in history can be honored for their career achievements as they still play. Often, the greats don’t get the opportunity to celebrate the greatness of their past as they are still active in their present greatness, but Lionel “Leo” Messi isn’t an ordinary athlete. Because of his extraordinary achievements, the adidas Messi 10/10 is a manifestation of honor given to maybe the greatest player of this generation.

See more of the Messi 10/10 here, courtesy of our friends at adidas.

Lionel Messi is the greatest number 10 in the history of soccer, with four Ballon d’Ors to his name and a fifth one firmly in his sights. To celebrate his unparalleled impact on the game, adidas Soccer today announces the Messi 10/10, a super limited edition cleat with just 100 pairs produced worldwide available on October 10. The release marks the start of a new tradition of collector’s edition Messi cleat launches, which will drop on the same date every year.

For fans looking to get their hands on one of adidas’ most desirable releases ever, 89 of the 100 pairs will be on sale for one day only, exclusively at the adidas store in Barcelona. Each pair will come with an embossed premium leather tag featuring the serial number for that pair within the 100 made, the first time adidas Soccer has released a cleat with this unique identifying mark.

Of the remaining 11 pairs produced worldwide, one pair will of course go to Messi himself. The final ten pairs of the Messi 10/10 will be sent to the players recently named as the members of the adidas Backed by Messi campaign.

The Messi 10/10 cleats are designed to celebrate Messi’s reinvention of the number 10 role in soccer, with his iconic shirt number set on the heel in real metallic gold. The upper is a premium black with the unique Team Messi logo embossed across the forefoot. The signature MessiFRAME and GAMETRAX are picked out in electroplated gold and deep red. The collector’s cleats will only be available in an exact replica of Messi’s size, 8.5.

For further information please visit adidas.com/us/soccer or go to facebook.com/adidassoccer or follow @adidassoccer on Twitter to join the conversation. 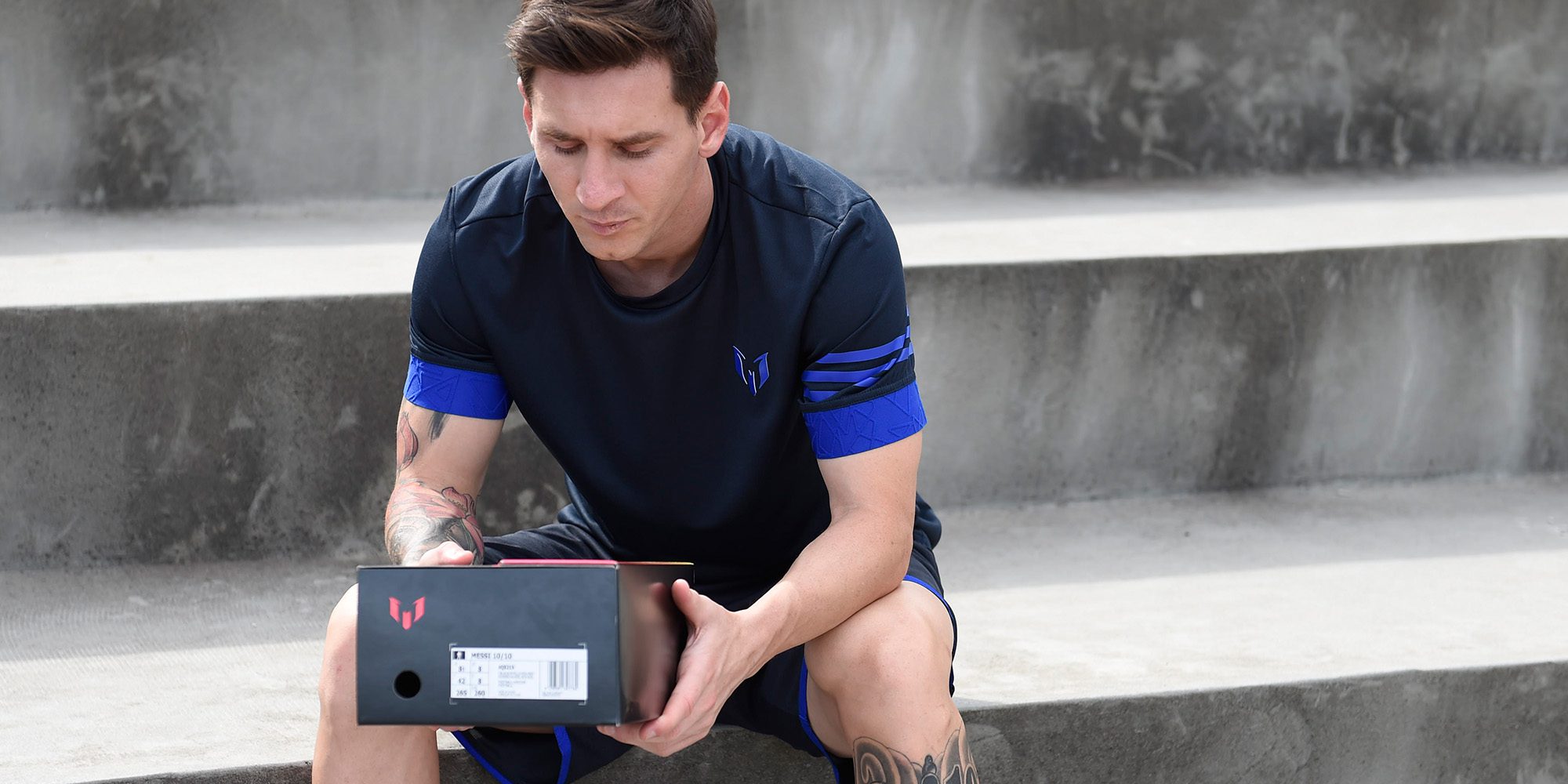 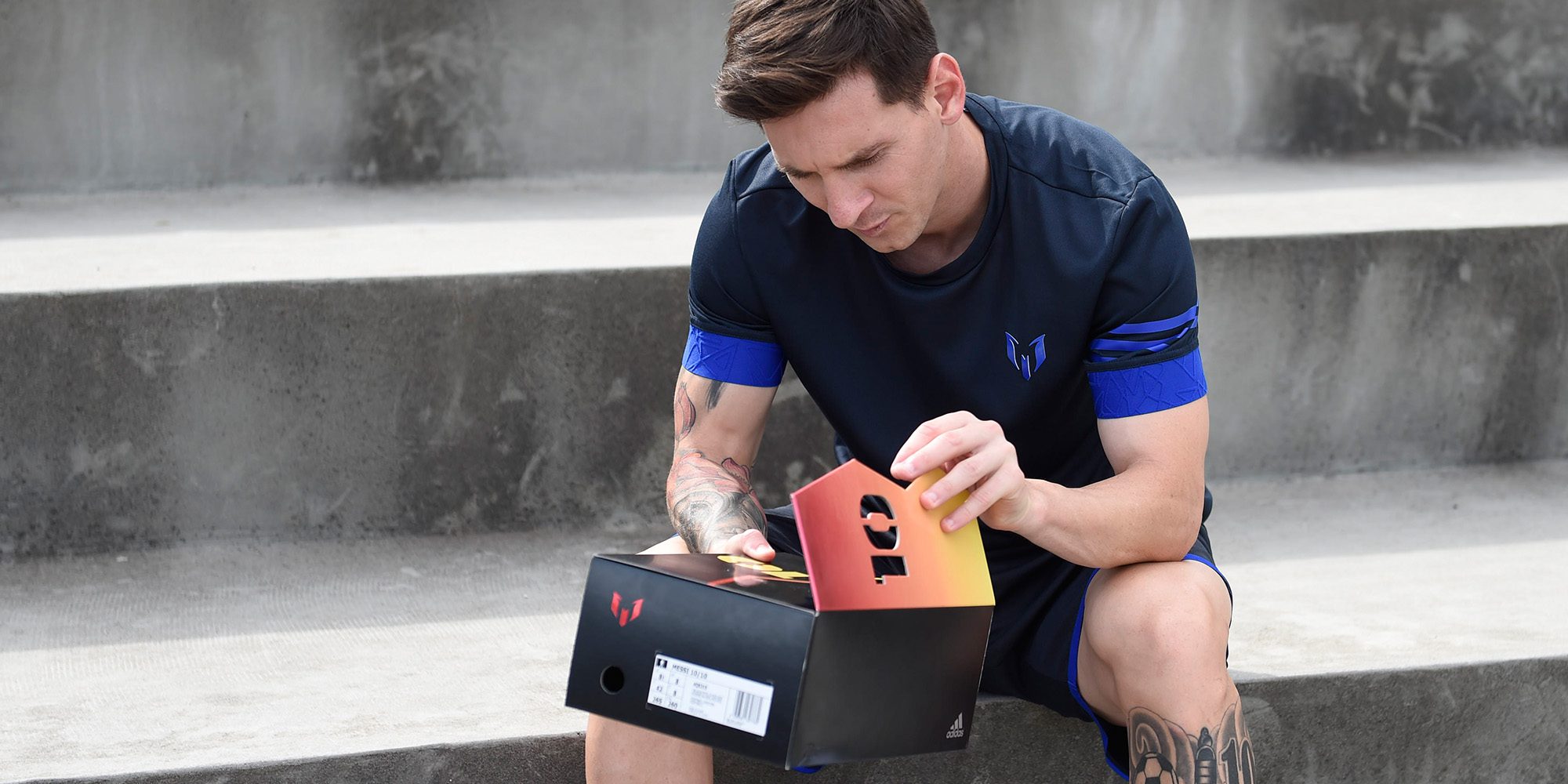 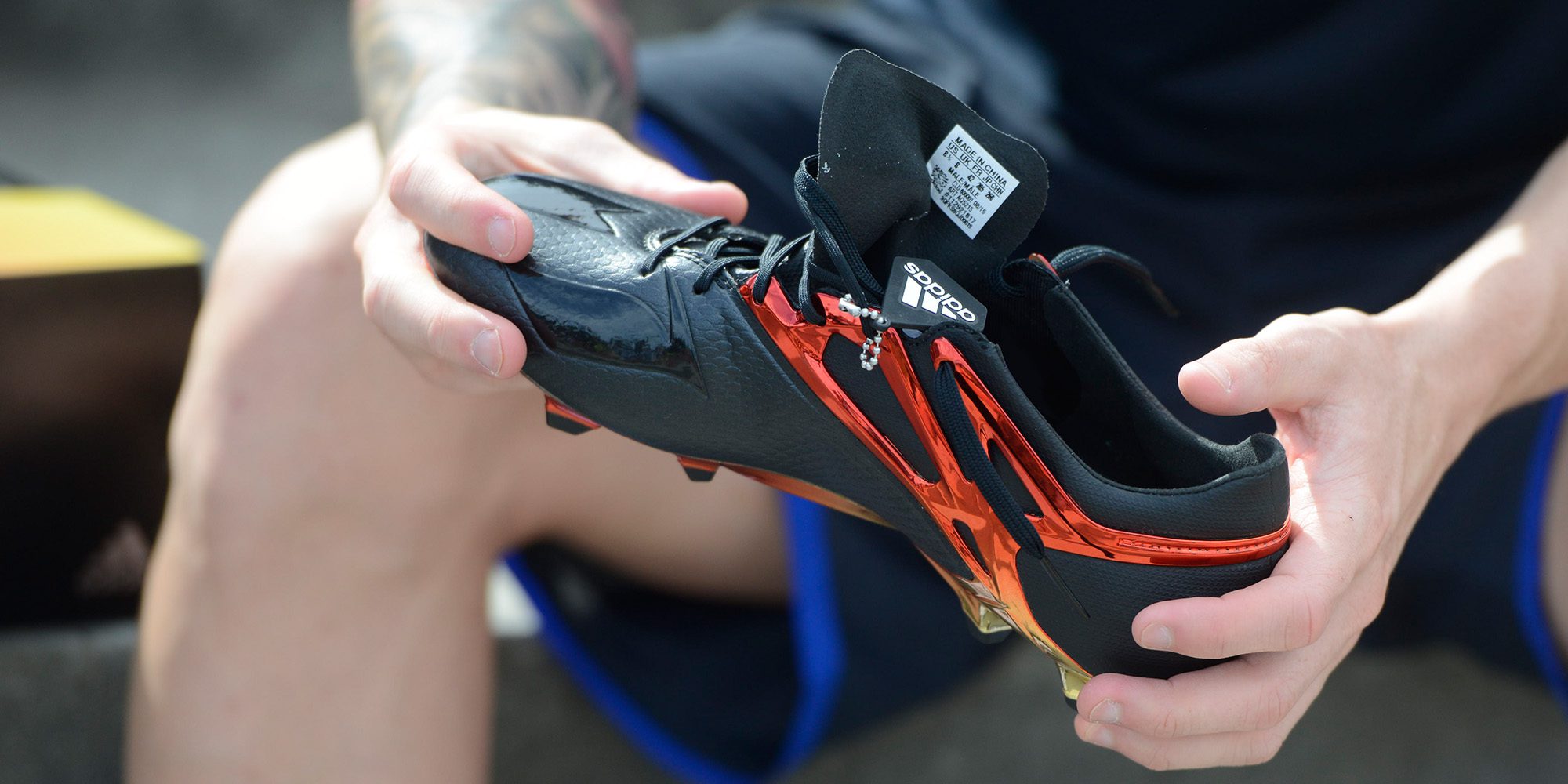 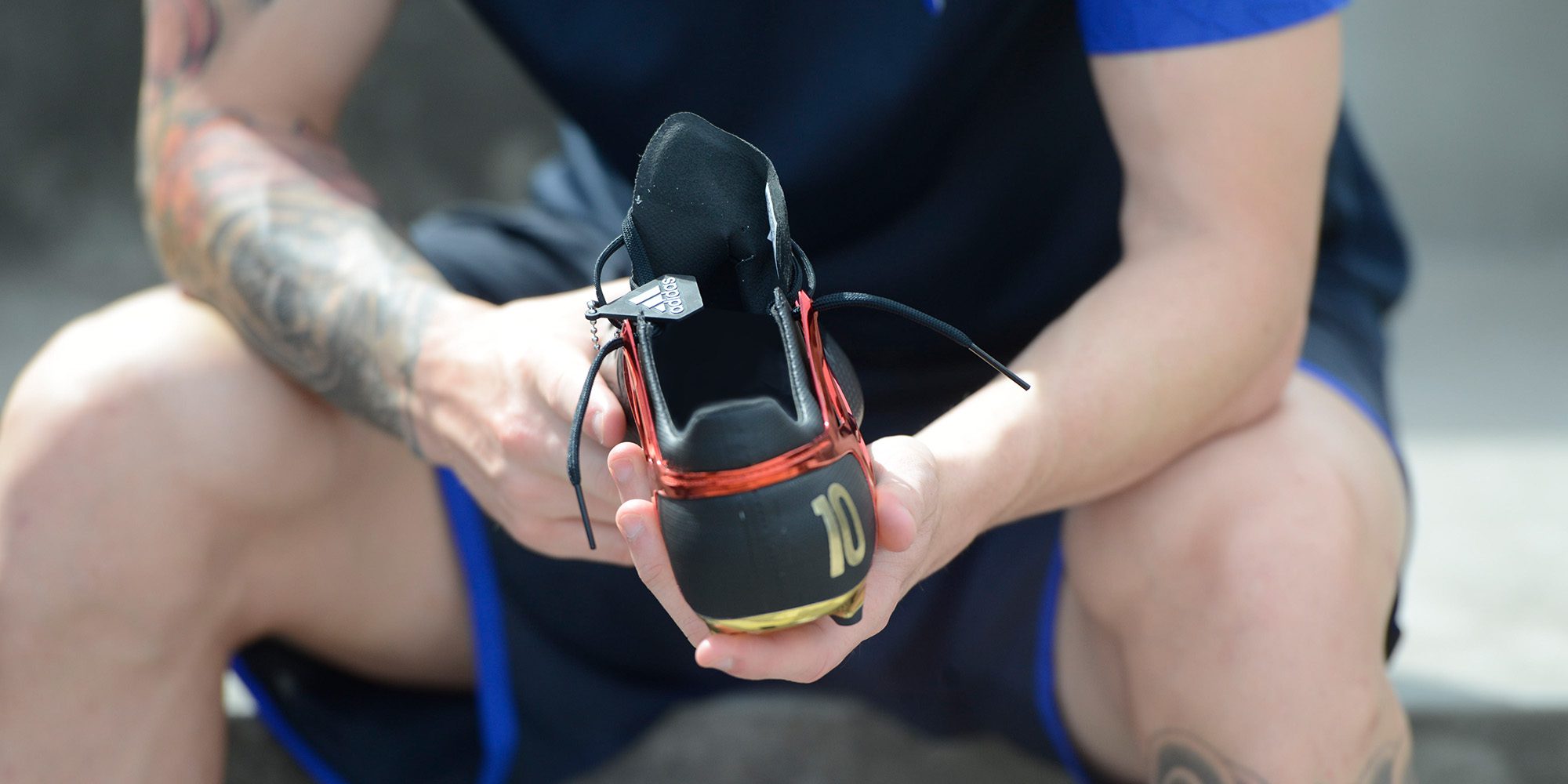