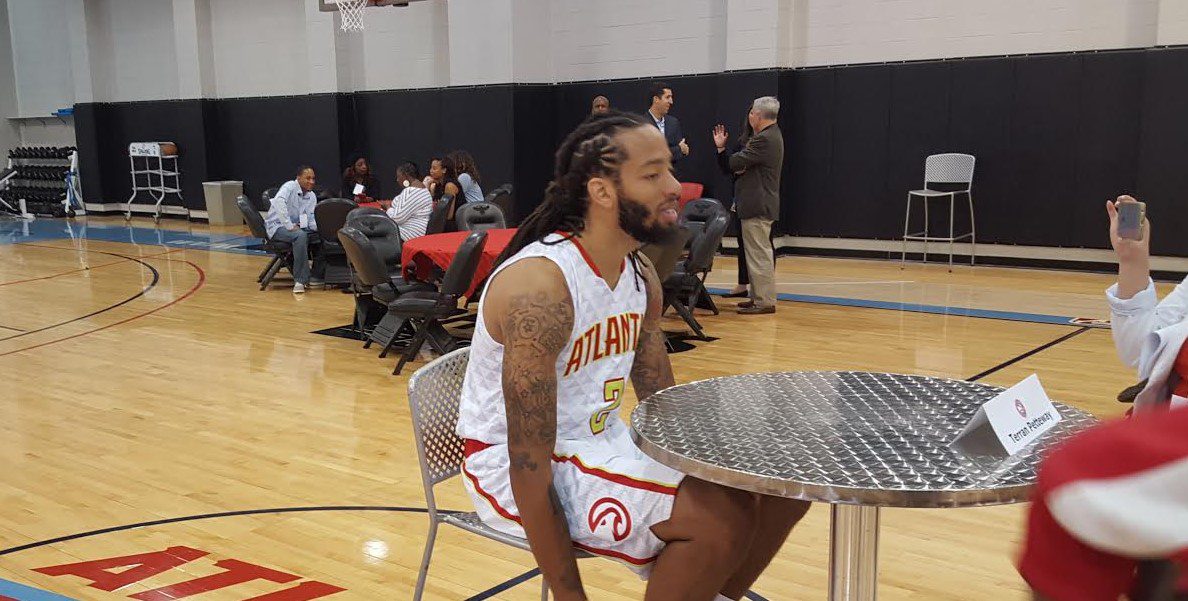 Atlanta Hawks media day was swarming with news cameras and reporters looking to catch a sound byte from one of the stars of the teams. Paul Millsap, Kyle Korver, Jeff Teague and Al Horford commanded most of the attention that afternoon.

Off to the sides, you see some new faces. No media is surrounding them just yet. Former Louisville point guard Edgar Sosa isn’t new to the professional world. Since leaving Louisville in 2010, Sosa has played for an array of teams in Europe. After stints with the Detroit Pistons and Sacramento Kings, he’s trying to find a permanent home in Atlanta. Walter Tavares, the 7’3″ Cape Verdean stand-out who is expected to make an impact on the teams frontline after being stashed away in Europe for a season.

But there’s another new face who might not be as used to the flash and fan fare that comes with an NBA media day.

Last year this time, Terran Petteway was preparing for his junior season. The University of Nebraska stand-out flashed first-round potential. He declared early for the draft to surprise of many.

As draft night came, Petteway heard many small forwards names be called. His was never mentioned. Rather than drop his head, Petteway made his way to Las Vegas to join the Hawks summer league team.

He caught the attention of the dream with his play in Sin City. Averaging 10 points and 4 rebounds per game, Petteway flashed the kind of two-way versatility that would fit the Hawks perfect.

With Jason Richardson suddenly retiring, one roster spot has opened up and Petteway is definitely in the discussion to fill that role.

BMF SPORTS spoke with Terran about going undrafted, landing with the Hawks and claiming the 15th roster spot.

BMF SPORTS: How does it feel to be part of Hawks nation?

Terran Petteway: It’s a big thing. Especially with the way they played last season. I went undrafted and to have the Hakws call me and ask me to play in Summer League meant a lot.

BMF: When the NCAA season began, there was talk of you being a possible first-round pick. What was it like to go undrafted?

Petteway: It’s something that you have to get over real quick. I’ve been dealing with it well. Days after the draft I got a call from the Hawks. The Hawks have welcomed me in with open arms.

BMF: Going undrafted had to remind of your recruitment days. Outside of the Hawks, were their other teams looking for your assistance.

Petteway: It was between the Hawks and the Pacers. I went with the Hawks because of their style of play. They get up and down the floor like I did in Nebraska. Plus, I liked the organization and the team a lot.

BMF: What do you feel like you can add to the Hawks team?

Petteway: It really wasn’t missing anything. I know I can bring energy on both sides of the floor. I can get out there and play hard on the defensive end and come back and give it on the offensive.