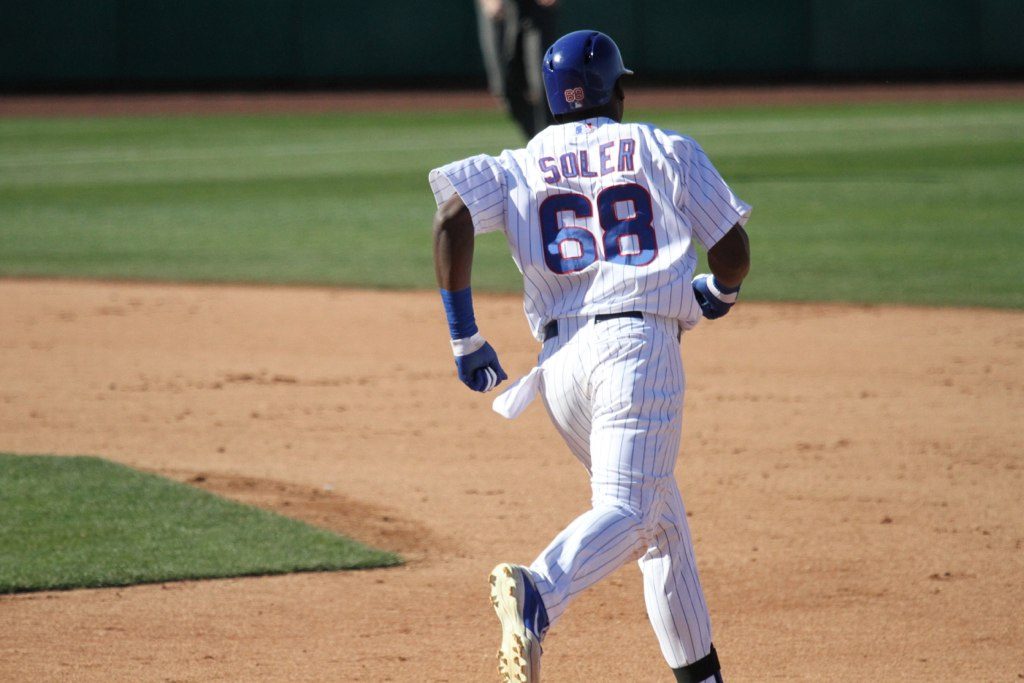 Two second-inning errors led to a five-run inning for the Chicago Cubs, who took advantage of throwing errors by  Kolten Wong and Jaime Garcia. Wong’s error allowed the base runner to advance to second, who then stole third on the very next pitch. With a runner on third with only one out, pitcher Kyle Kendricks laid down a squeeze bunt that Garcia threw away. The second error of the inning allowed the runner on third to score, the man on first to advance to third,, and Kendricks made it to second. Following another squeeze bunt and a single the Cubs had a 3-1 lead, but that wasn’t the end of the outburst. Jorge Soler capped the inning with a two-run homer that gave the Cubs a 5-1 lead.

The young Cubs looked like the composed veterans on a day where the St. Louis Cardinals looked shaken. All three runs the Cardinals scored were off solo home runs. They threatened to make it a game in the bottom of the fifth after Wong and pinch hitter, Randal Grichuk, hit back-to-back home runs to cut the score to 6-3, but nothing amounted from the spark. Cubs relievers, Travis Wood, Trevor Cahill, and closer, Hector Rondon, combined to shut down the Cardinals and even up the series at one win apiece.

The Cardinals removed starting pitcher Jaime Garcia after the second inning due to a stomach virus and used five pitchers out of the bullpen, one of which was Lance Lynn, who is the expected Game 4 starter. Lynn gave up a run in his one inning of work, a leadoff walk that ended up coming around to score and give the Cubs a 6-1 lead,. Following that last run in the third inning, the rest of the Cardinals relievers combined to only allow one hit over the last six innings.

It didn’t matter though, the Cubs took advantage of Cardinals mistakes by playing small-ball, before highlighting the inning with a two-run home run by Soler. Now the series heads up to the friendly confines of Wrigley Field, in which the Cubs will toss potential Cy Young winner, Jake Arrieta, who will be opposed by, Michael Wacha. Arrieta comes into the Game 3 matchup with a 22-6 record and 1.77 ERA, while Wacha has posted a 17-7 record with a 3.38 ERA, however, he is only 2-3 with a 7.88 ERA over the final month of the season. Game 3 will be the most critical so far, but if the Cubs end up victorious, the Cardinals could look back to Game 2 as their possible downfall.