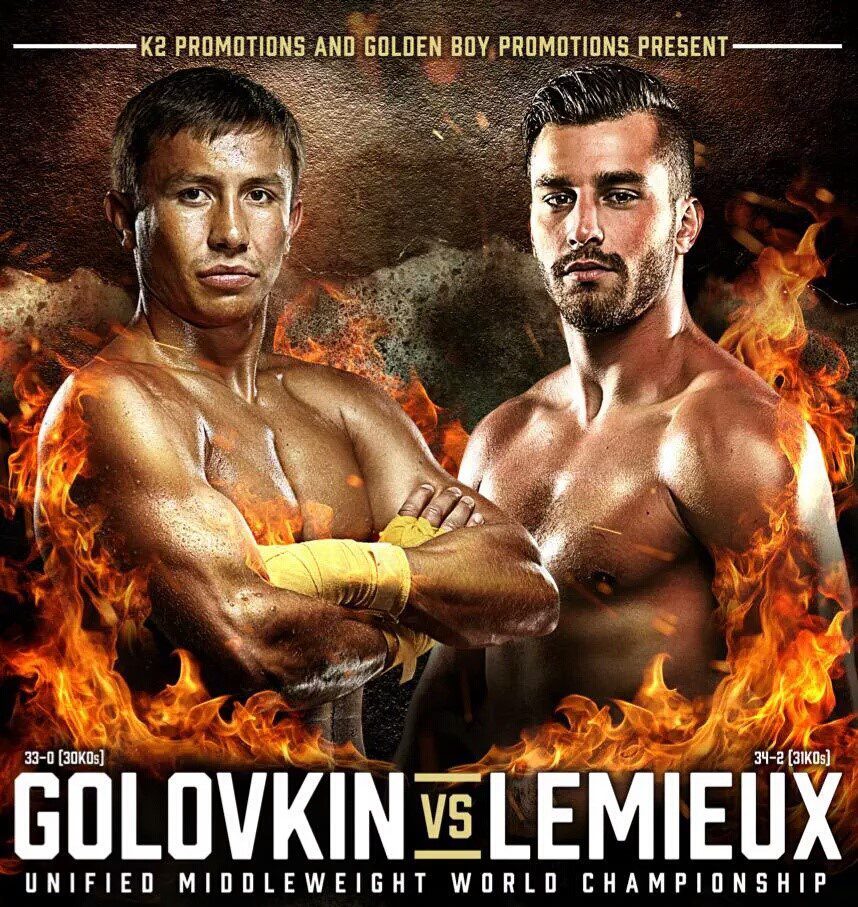 Tonight the boxing world eagerly anticipates a fantastic middleweight bout, featuring Gennady Golovkin and David Lemieux, bringing to mind the days of the past when the best in the world just got in the ring and slugged it out.

In other words – this is no Mayweather fight.

Gennady Golovkin is the Kazakh KO king with eyes set on becoming the pre-eminent middleweight in this era. Standing in his way is David Lemieux. There’s also Canelo Alvarez, Miguel Cotto, Andy Lee, Daniel Jacobs with various belts, but Golovkin-Lemieux sets the stage for middleweight unification to happen for the first time since Bernard Hopkins held every belt in the early 21st century.

Do you practice boxing? Need some new grappling gloves for a better performance? These MMA grappling gloves are designed to give you support during your training or sparring session. the gloves are made with premium and durable cowhide leather that offer maximum strength. Protection and breath-ability are emphasized with the design of these gloves and offer just that while training or sparring

Golovkin is rightly favored by Vegas. His sparking amateur record and perfect professional record speaks to his experience in, as he puts it, big drama shows.

Lemieux bludgeoned his way to 34 wins (31 via knockout). He’s easily the most powerful fighter Golovkin has faced in GGG’s professional career.
The winner has an almost-assured date with the winner of Canelo-Cotto. That fight determines the lineal championship (the title held by great middleweights like Jake LaMotta, Sugar Ray Robinson, Carlos Monzon, Marvelous Marvin Hagler, Sugar Ray Leonard and, of course, B-Hop).

Instead of looking ahead, let’s review what’s on tap for tonight.

FYI – if you haven’t ordered the Pay-Per-View, go and do it. Besides Golovkin and Lemieux you’ll have a chance to see arguably the best pound-for-pound fighter in Roman “Chocolatito” Gonzalez fighting the very live underdog Brian Viloria for the flyweight title.

Here’s the breakdown of Golovkin vs. Lemieux:

Power: Everyone talks about this part of the fight, but I think it’s the least interesting. Both guys hit impressively hard and one punch from either has knockout potential. Golovkin’s jab and left hook to the body are particularly vicious, but his right turns out the lights just as potently.

Lemieux’s powerful jab is augmented by a looping left hook rendering brutal judgment of the chins of many a poor soul. These guys are going to slug it out, but again – this is the least interesting part of the fight, for me.

Defense: Lemieux is a hard-charging brawler whose defense is his offense. His two losses come from going deep into fights without the proper stamina to back up the power. Sufficed to say, he’s not known for being defensive.

Golovkin is highly underrated as a defensive fighter. Furthermore, he “allows” himself to take his opponents’ best shots. In the fight against Willie Monroe jr. Golovkin repeatedly dropped his hands, let the blow come in and then tapped his chest, beckoning the minnow to come forward. He did the same to Gabriel Rosado and even vicious power-puncher Curtis Stevens. Golovkin uses precise footwork to get out of trouble and is masterful at side-stepping and counterpunching. Oscar De La Hoya repeated in the run-up to the fight that Golovkin doesn’t know how to fight going backwards. Obviously Golovkin’s pedigree indicates he can fight going backwards, but he’s more apt to slip and counter.

Stamina: Lemieux’s last fight was a decision against Hassam N’Dam. The fight was remarkably one sided with Lemieux scoring four knockdowns en route to victory. In the past, his deficient stamina lead to losses but Lemieux claims to have made changes necessary within his camp to alleviate this concern.

Golovkin’s fight just don’t go the distance. His lengthiest fight lately was the Martin Murray fight, and that shouldn’t really count because Golovkin spent the entire fight horribly beating the overmatched Englishman. Basically, both guys haven’t been pushed to a hard win by decision – and that’s the appeal of this fight!

Boxing IQ: Lemieux’s strategy basically involves coming forward behind a very powerful jab, following it with the left hook and overwhelming his opponents. Lemieux’s fights invariably end up with the powerful Canadian cornering his opponent and unloading punishment. He’s not one for using flashy footwork and managing a fight as much as he’s someone who imposes his will, and that’s what makes him fun to watch.

Golovkin’s amateur time means that his punches are more precise and his footwork is ridiculously underrated. Golovkin developed power from both sides, and often his positioning keeps the fight against the ropes. He’s tremendous at cutting off the ring and maneuvering his opponent into a power shot. Right now, outside of Guillermo Rigondeaux, there isn’t a fighter as skilled in the art of pugilism as Golovkin.

Prediction: Lemieux’s power is going to cause Golovkin some issues, and this fight could end up being a war of attrition. Stamina is important because as this fight heads into the middle rounds it’s likely one guy could end up knocked out on his feet, or simply too tired to keep his hands up – a very dangerous place with these two fighters. I believe the advantage is in Golovkin’s overall skill. He’s going to slip more of Lemieux’s punches and end up backing Lemieux into corners. When that happens, Lemieux will come out firing and Golovkin will step back and repeat the pattern. David Lemieux is a tremendous fighter and by all accounts a great guy, but unfortunately for him Gennady Golovkin is going to win by TKO in the 6th round.