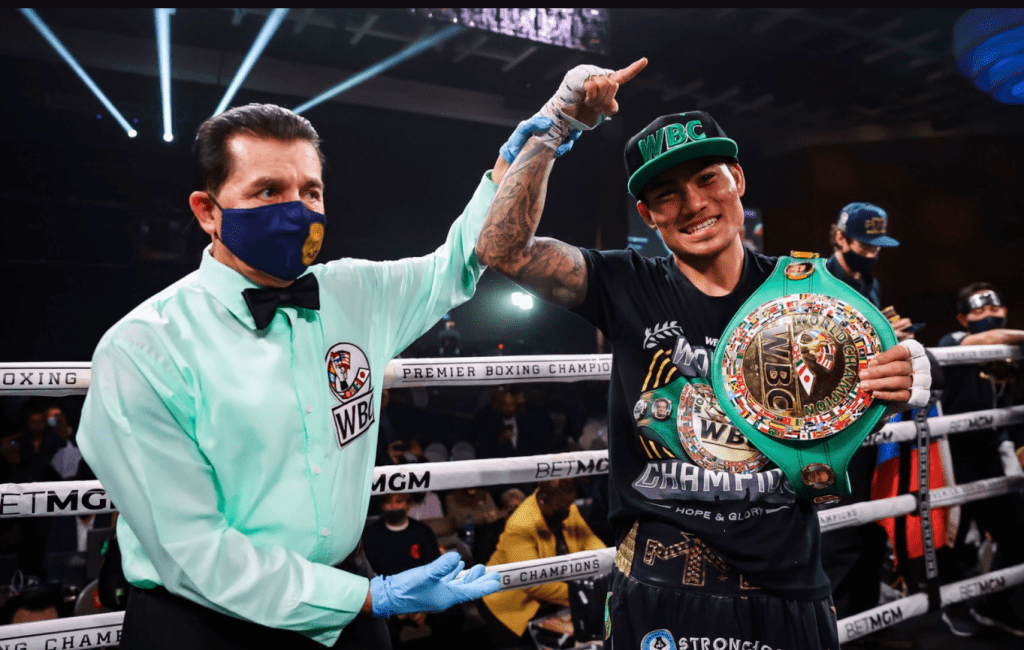 Long deemed the next Manny Pacquiao, Mark Magsayo, just took the largest step yet in creating his own legacy.

The victory for Magsayo fulfills a childhood dream.

“This is my dream,” an emotional Magsayo said after the fight. “My dream just came true. Woooo! Ever since I was a kid, this was my dream. I’m so proud that I’m a champion now. Thank you so much to the Filipino fans for the support.”

Growing up in Tagbilaran City in the Philippines, Magsayo was faced with extreme poverty as a child just like his idol Pacquiao. Selling ice cream on the streets to make ends meet, Magsayo was first introduced to the sport by watching the stupendous Pacquiao versus Marco Antonio Barrera fight.

Today? Pacquiao more than recognizes the young champion’s potential in the sport.

Congratulations, @markmagsayo_MMM, on your first world championship! Thank you for bringing honor to our country by becoming the latest Filipino world boxing champion. Welcome to the club.

But, Magsayo’s story is more about Magsayo than Pacquiao, though it certainly helps to have the legendary Pinoy warrior supporting him.

The world was first introduced to Magsayo in a big way on the Pacquiao versus Yordenis Ugás card. Magsayo knocked out Julio Ceja in the 10th in a come-from-behind victory that guaranteed him a title fight against Russell. He more than took advantage of that opportunity.

The first round put a lot of people on notice of Magsayo’s legitimacy as a fighter. He was able to cleanly land shots against Russell, controlling the pace of the fight. This was the story for the first three rounds, but, the fourth round changed the course of this battle.

Russell visibly injured his right shoulder in the fourth, a damning injury for the stout southpaw jabber. Russell was forced to throw exclusively with his left hand for the rest of the fight. In rounds five through 12, Russell threw an astounding one jab in comparison to his career 37 per-round average.

Russell didn’t let his impairment stop him though, as he did his best to stay in the fight. Often throwing a double cross and body shots as his only offense, the defending champion was in pure survival mode for the last eight rounds. Bobbing and weaving, Russell won a few rounds based purely on making Magsayo miss and landing more significant shots. 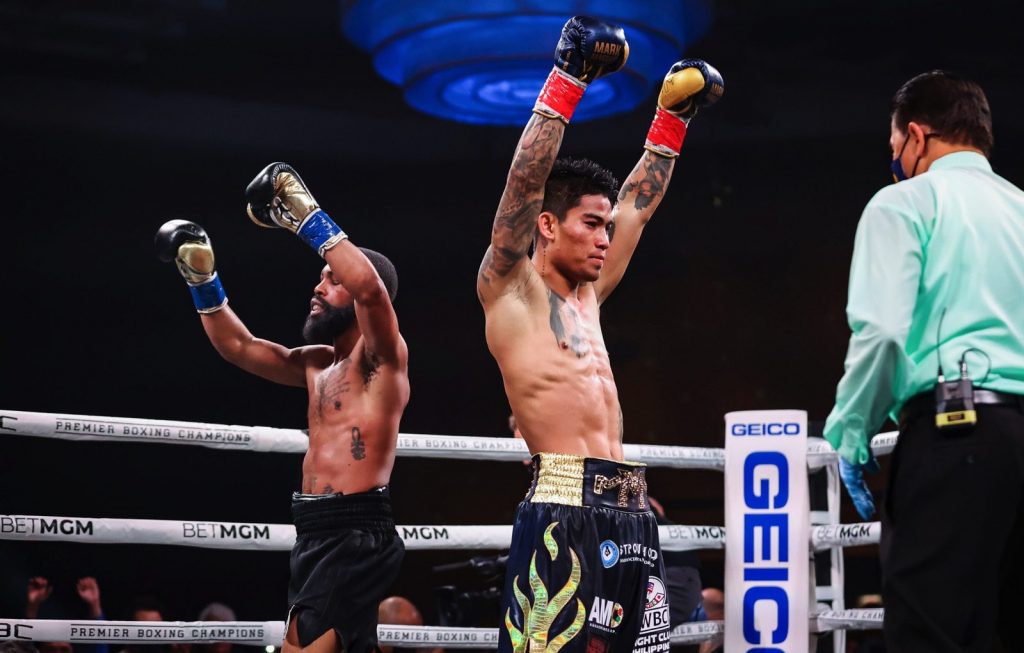 At the sound of the final bell, both men raised their hands, presuming they were the victor. However, there could only be one, and it was in the hands of the judges as to who won the fight.

As the world held their breath, the scores were announced. Lynne Carter scored the bout 114-114 — a draw. Judges Mark Consentino and Henry Grant both, however, had a 115-113 score. As, “…and the new…” echoed through the speakers, Magsayo dropped to his knees as his childhood dream came true.

For Russell, it was a disappointment.

“I haven’t competed in almost two years. This is what true champions do. I wanted to step into the ring and display my superiority regardless of an injury. I gave him a boxing lesson,” the now former champion said.

Sportscaster Jim Gray was quick to jump on the question at hand: Russell’s shoulder. Russell did not shy away from telling the truth nor pounding his chest for his performance.

“I believe I have a torn tendon in my right shoulder… it’s an old injury. I had this back before the 2008 Olympics. They wanted me to go and get surgery on that but I refused to get surgery on it. They said I can strengthen the muscles around it to protect the tendon. I did that and I was able to get through a lot of my fights,” said Russell. “But I hurt it in my training camp. But once again, I’m a true soldier. I’m a dog at the end of the day. I refused to push this fight back and I fought with one arm. He had his hands full with a fighter with arm and I gave him a boxing lesson.”

A “boxing lesson” might be a stretch. After hurting his shoulder in the fourth, Russell landed only 61 punches to Magsayo’s 93, though at a better clip: 34 to 28, respectively. While that certainly does matter, Magsayo was never in any real danger.

What really “hurt” Magsayo was the fact he couldn’t finish the one-handed Russell, but even that’s debatable. This was a huge step up in competition for Magsayo, and he was visibly timid to try and finish Russell. That would be the main thing to pick at from the 26 year-old’s performance.

At the end of the day, the Filipino was crowned the champion regardless of what your opinion was (unless you’re Carter, Consentino, or Grant). As for what’s next, Russell was straightforward with what he wants. When asked if he wanted a rematch, he gave a swift answer. “Hell yeah,” Russell said. “Would he want a rematch? That’s the question.”

However, the new world champion is leaving it up to speculation, for now. “It’s up to my promotional team,” Magsayo said. “But I’m willing to fight anybody. I’m a champion now!”

He sure is, and the young kid scouring for money in the streets of Tagbilaran City would be proud of his future championship self.