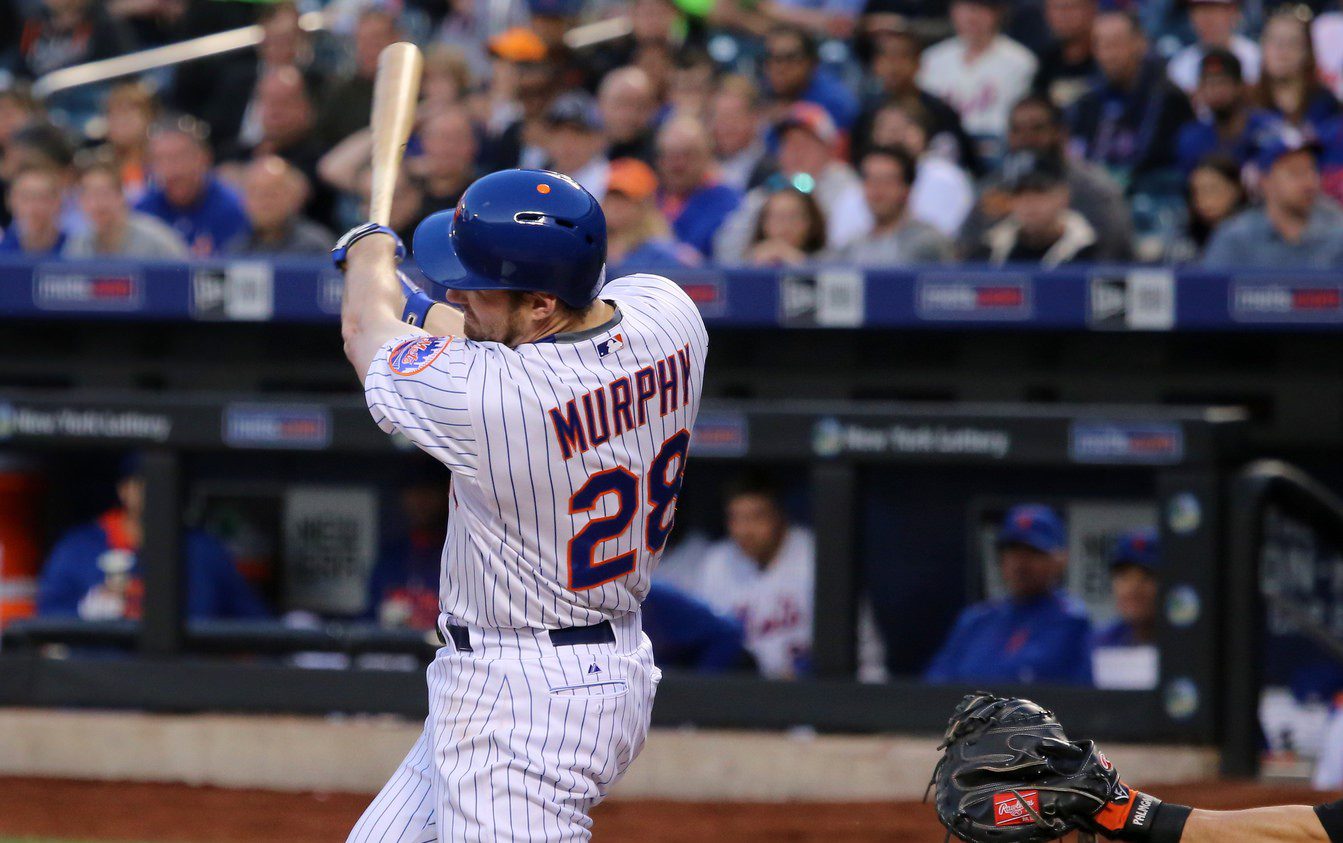 The New York Mets solved the riddles known as Kershaw, Grienke, Lester and now Arrieta. Yet these riddles aren’t solved by powerful beasts wielding a modern-day Excalibur, but by a light-hitting infielder that doesn’t figure into their plans for beyond this season.

Daniel Murphy is a good ballplayer in that he adjudicates himself in a Major League Baseball setting better than any normal fellow could, yet he’s not a staple of the Mets’ lineup and probably is a super-utility guy for most teams.

Murphy’s most notable exploit prior to this postseason was as a flashpoint for remarkably misogynistic musings by New York sports’ radio hacks Boomer Esiason and Craig Carton.

Yet when the Mets needed runs against Kershaw, Grienke, Lester and Arrieta, Murphy is there. He was there last night, belting a two-run homerun that provided the Mets’ Norse god lookalike contest winner Noah Syndergaard the cushion he needed to dispatch the Cubs.

The Mets leave Queens with a 2-0 lead on the Cubs. In the National League’s bizarro playoff scenario the Cubs are the league’s team with the third best record, yet the Mets have homefield advantage by virtue of throttling division minnows Philadelphia, Atlanta and Miami. The Cubs have an unenviable task – win 2 of 3 at home just to come back to New York for Games 6 and 7. The Mets meanwhile get to send Steven Matz out for Game 3 and Jacob de Grom for Games 3 and 4.

Why is this a problem? The Mets beat the Cubs two best pitchers. The Cubs’ propensity for striking out is rearing its head – and the Mets pitching is skilled enough to take advantage of this deficit.

The playoff formula has always been good pitching augmented by timely hitting. The Mets worked past the Dodgers using this formula to its greatest permutation, and have refined the formula in Games 1 and 2.

Now the Cubs need Wrigley. The last time Chicago hosted an LCS Game was Game 7 of the 2003 playoffs. The game after the Bartman Game.

The Cubs must win 2 games to prevent another visiting team from celebrating a World Series berth on the corner of Sheffield and Waveland. If the Cubs can’t solve the Mets pitching – and Daniel Murphy – it’s going to be another long, cold winter on the North Side.