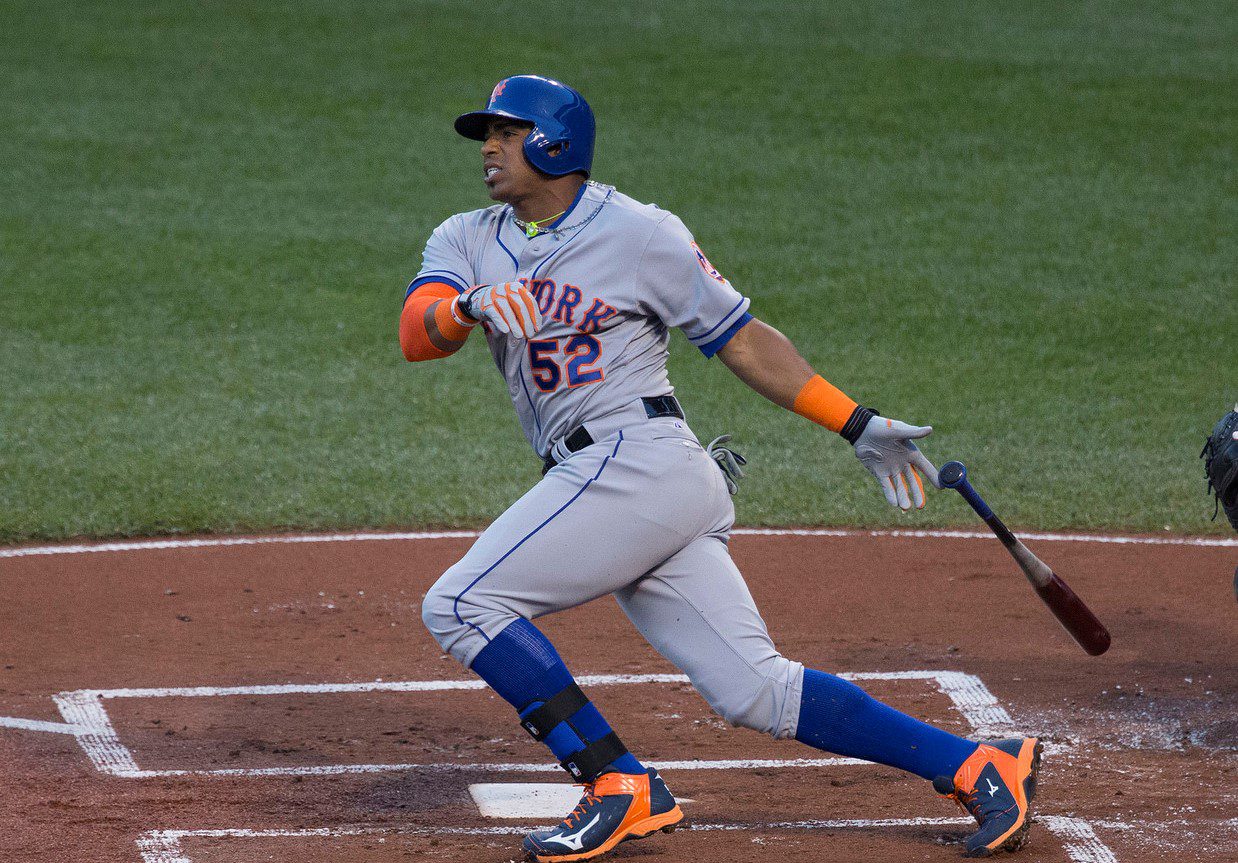 After a convincing 3-1 series win over the St. Louis Cardinals in the NLDS, the Chicago Cubs seem to be a different team and have lost their touch against the New York Mets in the NLCS.  The Cubs lost the first game on the road to the Mets 2-4, putting them down 1-0 in the series.  However, the same thing happened against the Cardinals and the Cubs went on to win three straight games.  In the second game, they the result was the same with the Mets dominating the Cubs and winning 1-4.

For the third game, the Cubs traveled home to Chicago where they were undefeated, looking to take Game 3 and put them back in the series.  Well, their plan did not go like they wanted it to.

At the top of the inning, the Mets strike first by scoring the first run off a double by Yoenis Cespedes.  The Mets come right back and do what they have been doing all postseason at home, hitting the ball into the stands to the fans.  Kyle Schwarber hits a HR, his fifth of the postseason, in the bottom of the 1st inning to tie the game up at 1-1.

At the top of the 3rd inning, the Cubs worst nightmare steps up to the plate to bat, Daniel Murphy.  Murphy hits a HR, which is his fifth straight game with a HR, tying a postseason record, putting the Mets up 2-1.  Murphy has 6 HRs this postseason and never had more then four HRs in a month before October.

In the bottom of the 4th, with the Mets still up 2-1, the Cubs respond with a fastball HR from Jorge Soler, his first HR of the series and third of the postseason, tying the game at 2-2.

At the top of the 6th inning, Cespedes steals third and after a wild pitch by Trevor Cahill, he eventually comes home to put the Mets up 3-2.

Going into the 7th inning, things don’t get any better for the Cubs.  Cespedes, who is the MVP of this game by a mile, singles to left field after Schwarber drops an easy catch, bringing home David Wright, giving the Mets a 4-2 lead.  During the play, Cespedes advances to second, while Wright slides safely into third.  The very next play, Lucas Duda hits a ground ball to first, but Murphy comes in for the score, giving the Mets a demanding 5-2 lead.

Both teams go scoreless for the rest of the game giving the Mets a 5-2 win and a 3-0 series lead over the struggling Cubs.  The Mets will look to end thee Cubs season on Wednesday October 21 at 8:07 p.m.  The Mets are 3-1 on the road this postseason.