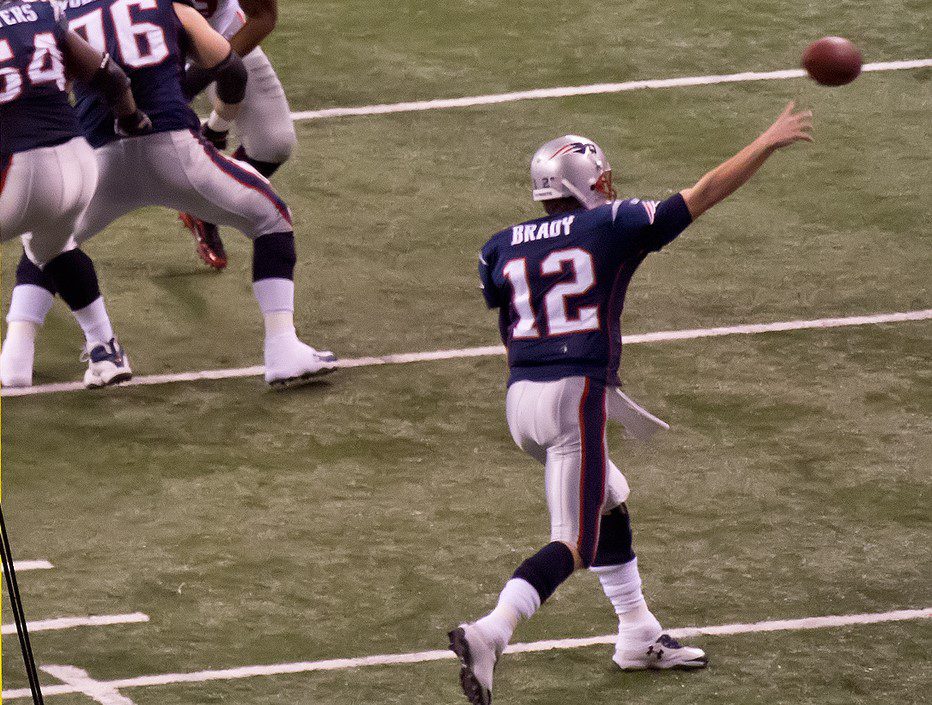 PHEW! What a game, huh?! The J-E-T-S are for R-E-A-L. I hope the rest of the NFL was paying attention to the two best teams in the AFC go at it Sunday. Out of all the things that happened in that game I think only one thing was apparent. There is an extreme likelihood that the Patriots and Jets will play each other three times this season, barring any injuries the third game could be the AFC Championship Game. I won’t get ahead of myself by saying anything else.

For now, we are moving on to Miami.

Dan Campbell has certainly turned the Miami Dolphins around. Since becoming head coach he is undefeated and his team has outscored opponents 82-36 in those two wins. He has started changing things by feeding the beast in the backfield that is Lamar Miller. Since Campbell has assumed the skipper role, Lamar Miller has 33 carries, amassing 288 yards along with two scores. As well as a screen he took 50 yards to the house last Sunday, proving if you put the ball in Miller’s hands good things will happen. Come to think of it this team is loaded with playmakers, guys the likes of deep threat, Rishard Matthews and Jarvis Landry, who is a threat to score every time the ball is hands no matter where on the field. All of these weapons were being underutilized while Joe Philbin was coaching, now under Dan Campbell, this offense is a force. By feeding Miller and setting up the play action his quarterback Ryan Tannehill has been under less pressure, leading to a game where Tanney threw only one incompletion and four touchdowns.

As good as the offense is, the biggest bucks is on the defensive line. Boasting the defensive end all quarterbacks are scared of, Cameron Wake. With six sacks and four forced fumbles already half way through the young season, you can guarantee Tom Brady and the Patriots offensive line will know of Wake’s whereabouts before every snap. Then, of course there is the “dirtiest player in the game” Ndamukong Suh. There is not a Patriots fan or coach out there that even wants this guy on the same field as their quarterback, so you can bet the farm that David Andrews will be in Suh’s face early and often. Many weapons on both sides of the ball for the Pats to gameplan around. Being this is a short week for both teams it could make for interesting football on Thursday night.

Key Matchup
Cameron Wake/David Andrews
Wake is a straight freak. To be more precise, he is a 6’3″, 270 pound ball of muscle that just wants to eat the opposing quarterback. He’s not too concerned with which quarterback, just as long as he is eating one. In just his seventh season he has already amassed 70 sacks. With the addition of Ndamukong Suh on the defensive line in Miami, Wake hasn’t seen as many double teams as he had in the past. His sack numbers this year are proving the move to snag Suh in free agency was the right one. He is now on pace for 16 sacks and eight forced fumbles, a career high in the latter. To his delight, this Thursday night he will going up against a Patriots O-line that has already suffered a season ending injury to Nate Solder, followed by loss of his backup, Marcus Cannon. So how will the Patriots deal with the matchup problems that the Dolphins defensive line creates?

One man. David Andrews. The undrafted free agent out of Georgia is slowly looking like Rookie of the Year for his team and even more importantly, the center of the future for the New England Patriots. With nearly all of the questions on the offensive line heading into this season, the three rookies on the interior, Andrews most notably, have been fantastic so far this season. But if Wake is a D-end and Andrews is a center, how is he the answer for Wake?

With Andrews short stature and his extreme strength due to his uncanny athletic ability at the position, he alone will be able to keep the overrated Ndamukong Suh in check. Because of this the double team of the line can shift down to the real danger Miami brings, Cameron Wake. With Andrews beating Suh up in the middle, left guard Shaq Mason with be able to lend a helping hand to whoever the Patriots start at left tackle. A much needed hand because whoever has Wake as an assignment will be happy Mason will be there to help. Said player can thank David Andrews.

Player To Watch
Tom Brady
If you’re an avid reader of mine it is no mystery that I am a Patriots fan. Born and raised in New England and I’ll never leave, so the Pats are kind of automatic. Anyway, the common response I have gotten from friends, family and even strangers, when I ask, “How ’bout them Patriots?” Is surprisingly humble. Most everyone has said to me: “We are so lucky, I’m so glad Brady is our quarterback.”

This response has got me to thinking. Does Brady even look like he is 38? Brees is 37 and Manning is almost 40. Does Brady look like he is slowing down like either of them? In fact, so far this season Brady has been playing at the highest level of his career. Making the statements he made recently about playing for another decade seem more likely than ever before.

Against the Jets Brady was extremely mobile in the pocket. Believe it or not Brady led his team in rushing for the game. Four carries for 15 yards and a glorious over-the-top goal line score. He also threw for 351 yards and two touchdowns. He is continuing to play out-of-his-mind football and it is so much of a treat to watch that even Brady haters can’t deny what a delight Brady has been so far. That trend will continue against the Dolphins. Can Tom Brady even be stopped this season? At the level the QB product out of Michigan by way of San Mateo, California is playing, it seems unlikely.

Game Prediction
Usually this game for these teams is a Sunday afternoon game in Miami in 85 degree weather. While that is beautiful beach weather, it is less than ideal for football. Being that New England is a mostly cold weather team, the above average football playing temperatures hinder the Pats. Unfortunately for the Dolphins this will not be that type of game.

Kickoff temperature in New England is looking to be about 55° and will only get chiller from there, with wind gusts up to 20 mph the Dolphins sidelines will look like they are playing at Lambeau in December and their team on the field will look as if they are frozen because New England will outplay the Dolphins in every facet of the game.

Miami will want to run the ball and the Pats will combat that by stacking the tackle box and will be daring Tannehill to throw the ball. While the Dolphins do have solid wide receivers who matchup well with the Patriots defensive secondary, the pressure applied on Tannehill will be too much for the young quarterback to handle. Other than coaching the biggest weakness of this Miami team is the offensive line. Due to the immense athleticism of the Patriots front seven they will have no problem getting to and bringing down Tanney and history shows ,once Tannehill is rattled, the bad throws will come and the Pats defense thrive on mistakes by the other team.

And as we discussed already, Tom Brady is playing special football right now. Make sure you watch because in 15 years your children will ask where you were when the greatest quarterback who ever played, played his best season at the ripe age of 38. Won’t you want to have an answer for them, with details to back it up? I sure do, and I sure will.