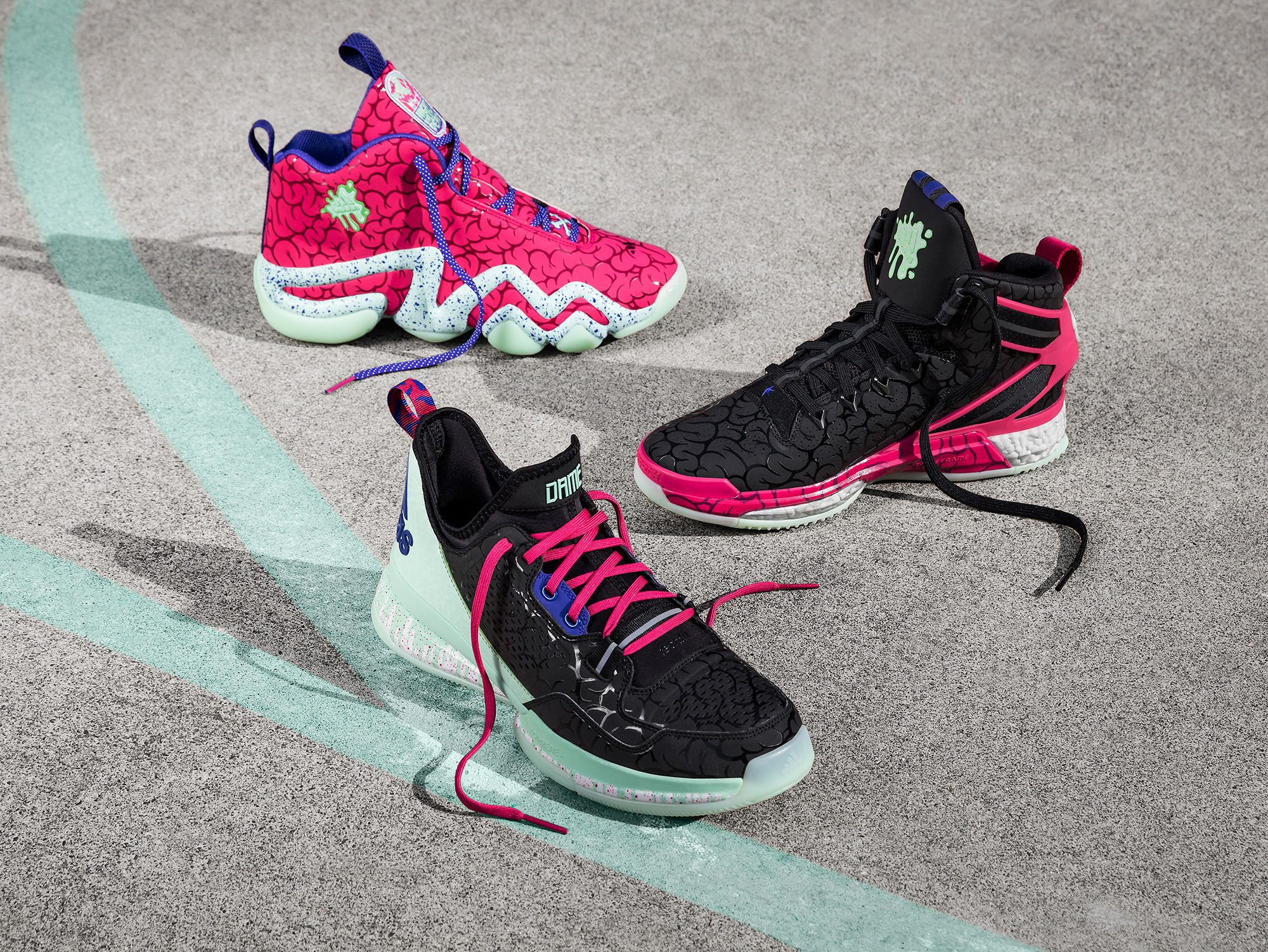 It’s a zany bunch, right? The adidas Ballin’ Dead Pack is reminds of a 1990s Nickelodeon network color scheme, but it’s really different and unusual, which is perfect for Halloween. You’ve probably seen all of these before — the D Rose 6, D Lillard 1, and Crazy 8, all by adidas — but they’re not in the typical forms in which you’re accustomed.

See and read all about it here, courtesy of our friends at adidas.

Designed to show out in the dead of night, the Crazy 8 edition features an all-pink upper with a zombie brain print overlay. This adidas classic is hit with a slime green and purple splattered midsole, glow-in-the-dark outsole and three stripe branding paired with green drip graphics. Purple laces designed with glow-in-the-dark flecks are matched by purple mesh lining and pull tabs, while cross bones and a “Night of the Ballin’ Dead” graphic, both displayed on the tongue, lock this Halloween silhouette down.

The D Lillard 1 features a two-tone upper with core black hues and a slime green base running from heel to toe. A glow-in-the-dark midsole with pink splatter oozes to the outsole, while a reflective brain pattern overlays the dark silhouette. The pink lace system and heel pull tab contrast purple accents and glow-in-the-dark finishes.

Dame also delivered a Halloween-inspired #4BarFriday featured in the sockliner:

A disguise for the day, be someone else for what it’s worth 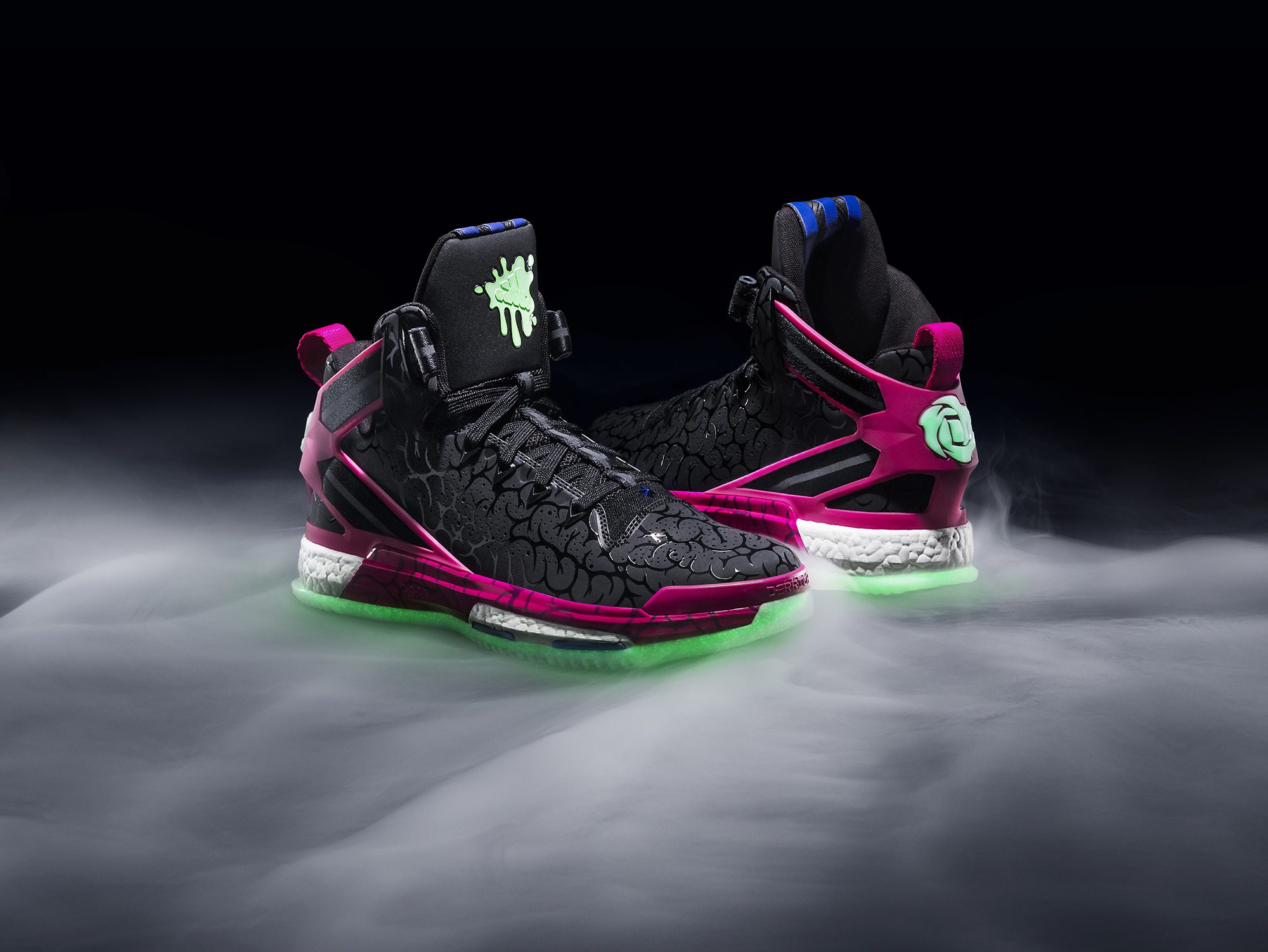 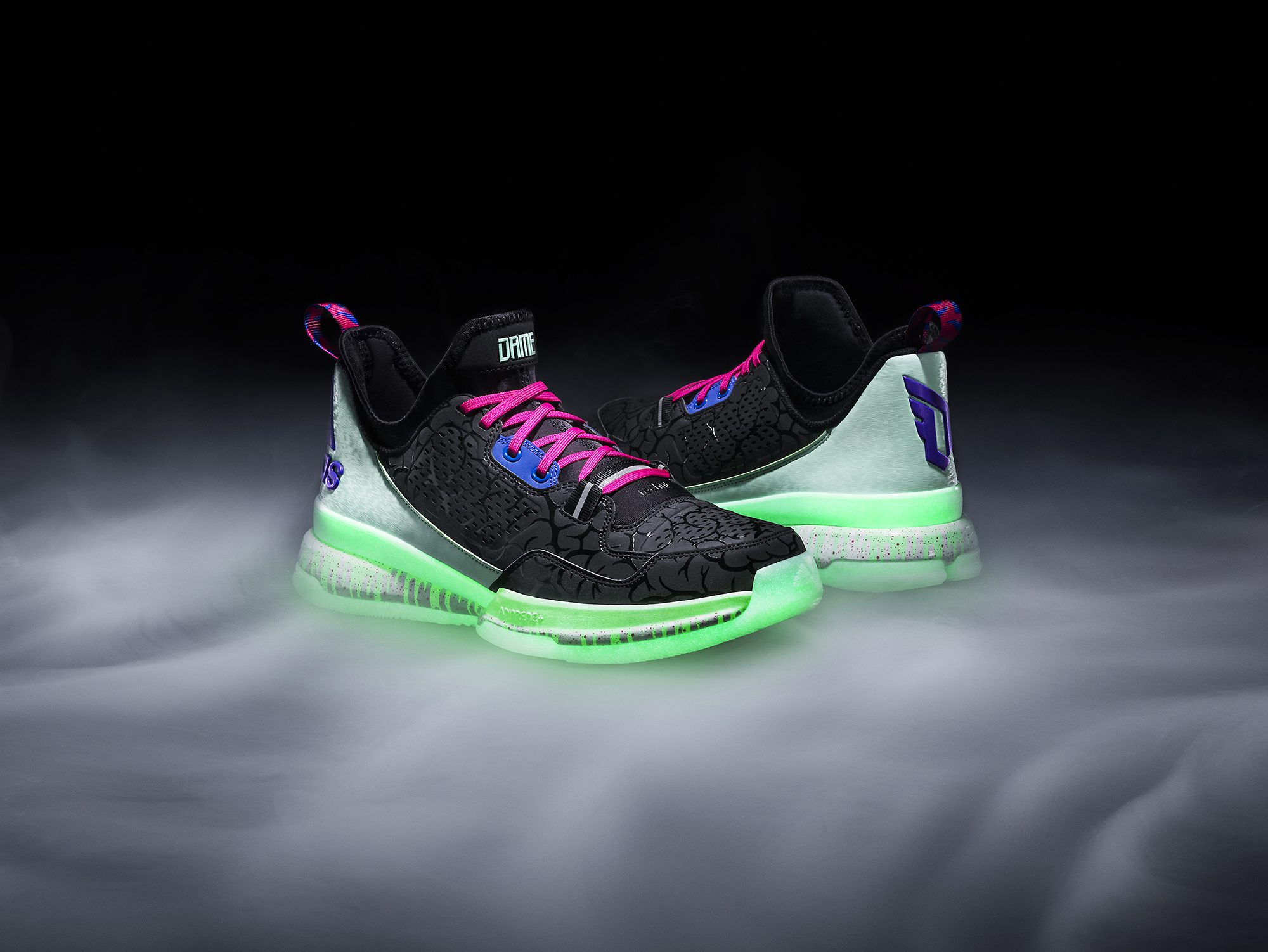 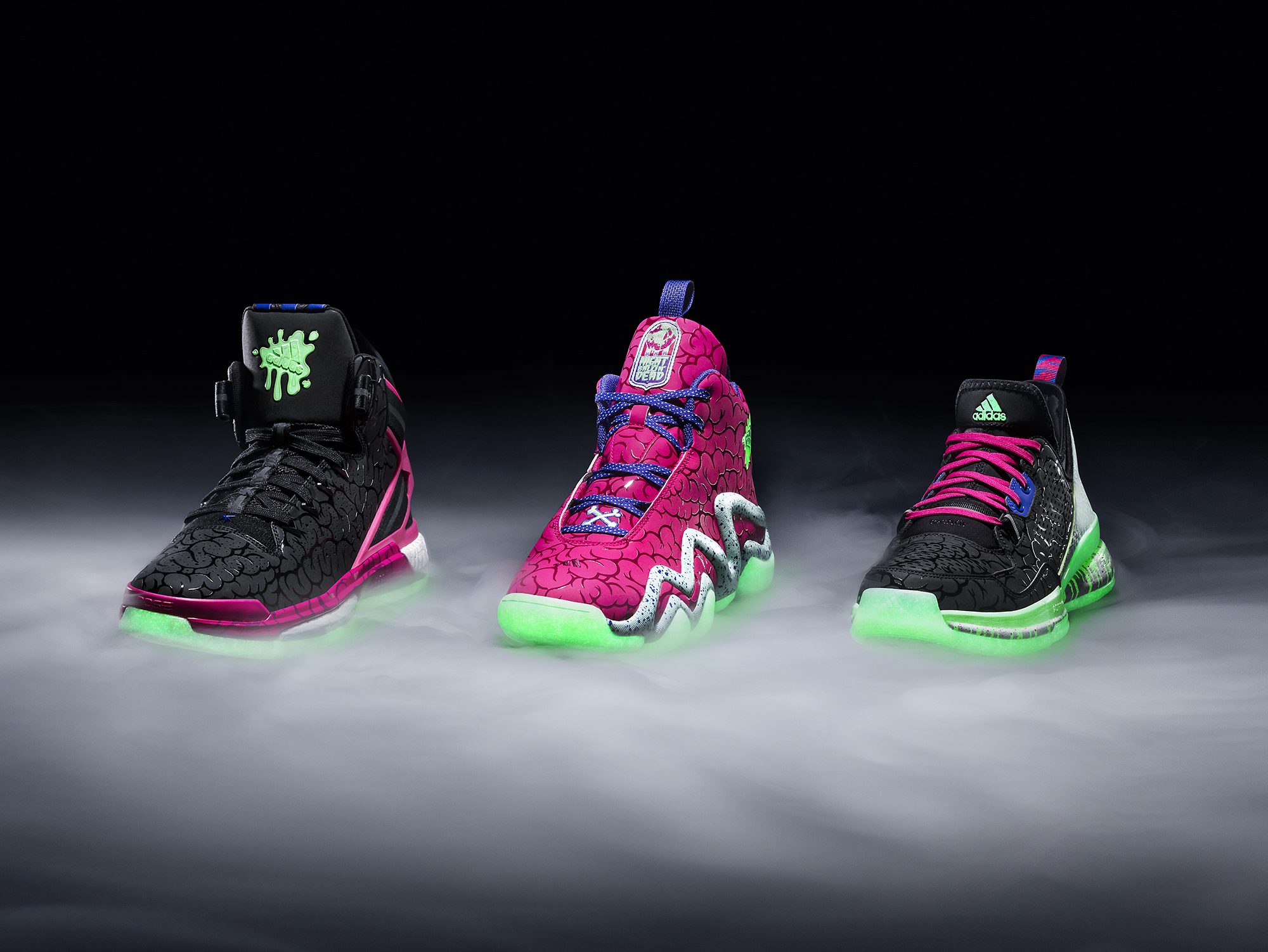