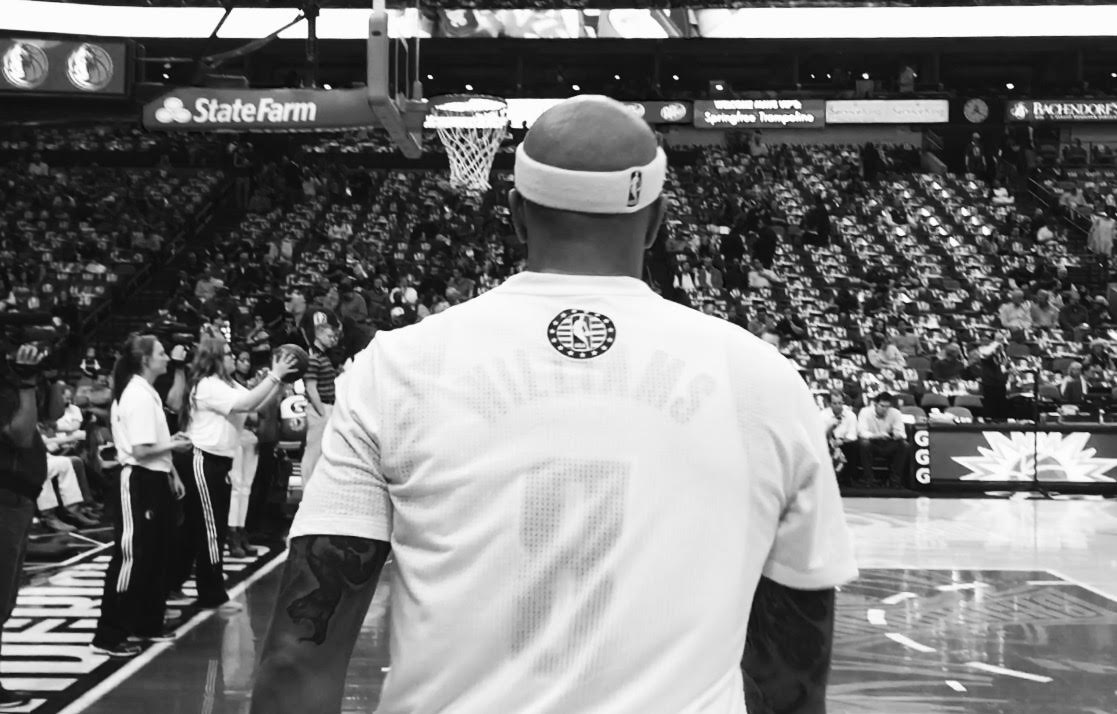 During the second half of the Dallas Mavericks home opener against the visiting Toronto Raptors, small forward Chandler Parsons watched anxiously from the roughness of the bench. He wasn’t thrilled with what was taking place on his court before him during an essential crunch time. Last year they had Monta Ellis to fall back on. Now? They looked almost clueless.

“Watching the second half, these close games, where I could be in there helping,” Parsons sullenly stated following the Mavericks 102-91 loss to the Raptors, his usually impassioned voice uneasily low, his demeanor heavy with disappointment. “It’s just the most frustrating point. Just sitting there helpless, watching my team struggle in the fourth quarters.”

It’s clear that this new Mavericks team is struggling to adjust (or find) their flow and chemistry – but it’s getting there the more the starting lineup heals.

“The difference tonight is that’s a team (Raptors) that’s been playing together, they know what to expect night in and night out,” Deron Williams said to reporters. “We’re still trying to figure things out and it shows. We’re able to get away with it against the Lakers and the Suns, but this is a different level of team.”

Williams, Wesley Matthews, and Parsons sat nearly all of preseason due to a string of different injuries. Parsons is under a strict minutes restriction due to having microfracture surgery on his knee.

The Mavericks collapsed in the fourth quarter due to not being able to buy a basket during the final pivotal minutes. They scored only one bucket by Devin Harris during an entire five minute time period where the Raptors outscored Dallas by a 20-3 margin.

“We need to be a little tougher on both ends, we need to get more stops, obviously, and then have to get the ball in the hole,” Mavs head coach Rick Carlisle expressed. “I thought we started the game loose. We made loose plays in the first quarter and it reflected in the score.”

Key veteran Dirk Nowitzki led the Mavs with 18 points on 6-of-10 shooting, followed by Williams’ 13 points, while Dwight Powell recorded a double-double with 10 points and 10 boards.

Mavericks look to bounce back against the Charlotte Hornets on Thursday.