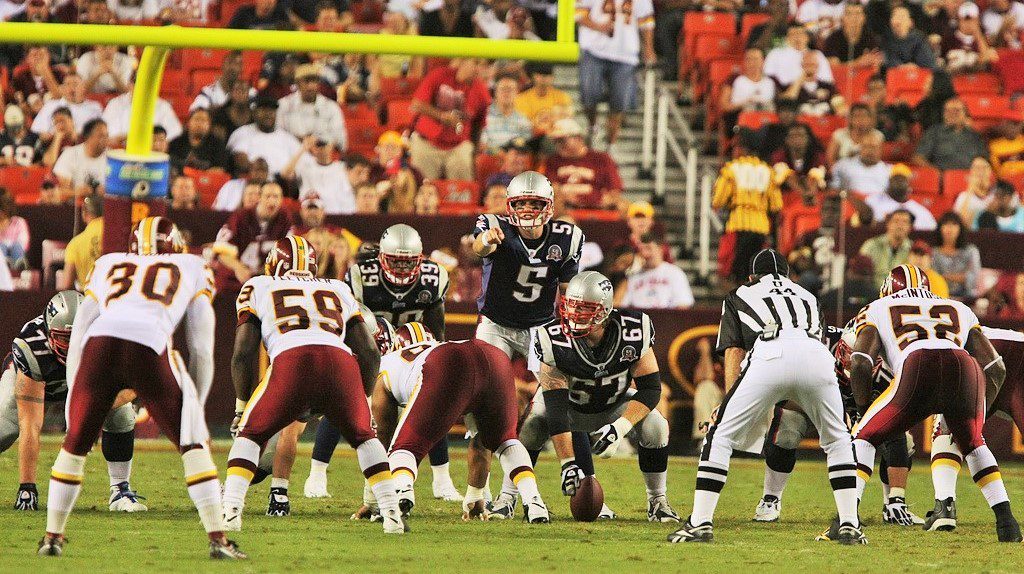 Where should I begin?

The Miami Dolphins were doing well until they ran into the wall that is the New England Patriots. That seems to be the case for most teams that have played the Patriots this season. The Pittsburgh Steelers had them to open the year and that was the sole game Pittsburgh was at its healthiest and they still got smoked. Buffalo felt good about themselves for a week then played the Pats. Jacksonville – com’ on – the Jags? Off of a bye they abused Dallas, followed by the Indianapolis Colts game, which had that horrendous fake punt. The New York Jets were supposed to be challenge and they were… for a quarter and a half. Finally the blowout against the Dolphins last week.

A mouthful of teams beat in a handful of different ways, some even beating themselves. After listing all of these teams and quickly thinking of how each game played out I can help but ask: Will any team challenge the Patriots before they play the Denver Broncos in week 12?

That is far too much thinking for a team such as New England, after all they do take it one game at a time, so should I.

Just as the trend has been, Washington will be running into the Pats with some momentum. Coming off a huge comeback win against the Tampa Buccaneers two weeks ago, the ‘Skins have a head of steam leading up to their tango with the champs. Especially young quarterback, Kirk Cousins, who led the massive comeback for his team after being booed in the first half in Washington. Catching the Patriots off of their bye could help Washington, but it is doubtful because the Pats played on Thursday, giving them 10 days to prepare for Wash. Almost a bye weeks worth of time and history proves that Bill Belichick is a menace with extra time to gameplan.

So before we even get started, advantage Patriots.

Key Matchup
Patrick Chung vs Jordan Reed
The offense of Washington is a physical one. They like to pound inside with their bruising running backs, Alfred Morris and Matt Jones, setting up the play-action and turning their young, unsure quarterback, Kirk Cousins into a game manager. While that gameplan has rarely been able to be relied upon this season because Washington always seems to be playing from behind, causing them to have to throw the ball. Cousins is no Brady, but he is certainly better than Robert Griffin III, and last week the three-score comeback he led showed his maturation is underway. As he advances his game he has locked in on the tight end position and that tactic for Cousins has been productive.

With the tight end spot for Washington experiencing some injuries throughout the season, it has been a mixture of two players. Jordan Reed and Derek Carrier have combined stats that reflect Cousins love of the tight end. The two have 47 catches for 456 yards and four touchdowns, with Reed amassing the majority of those stats, although Carrier has filled in valiantly earlier in the season. The tight end is unquestionably Cousins safety blanket, so you can look for Bill Belichick and the Patriots to take Jordan Reed or Carrier out of each play. How will they do so? One man, Patrick Chung.

There was questions the Patriots had in their secondary heading into this season. Could Malcolm Butler become a No. 1 DB in the league? Who would be their No. 2? Finally, what would they do with Chung? The Patriots let him test free agency a few years back and he ended up playing for the Philadelphia Eagles for a couple seasons. Once he and the Eagles parted ways, the Patriots couldn’t wait to have an athletic, now experienced safety. Except this season they had no intentions of using him as a conventional safety. Instead, they have kept Chung close to the line on running downs, allowing him to showcase his superb tackling skills. On passing downs Chung has the responsibility of the slot receiver or if a team has a prolific pass-catching tight end. In this case, playing the Redskins, it is safe to say that Reed is considered a threat to Belichick and he will make Reed the constant assignment of LB/safety hybrid, Pat Chung.

Between the uncanny abilities of both at their positions and the intensity of each player, it should make for a wonderful in-game matchup. If you’re a fan of great defensive schemes, the way the Patriots will use Chung on Sunday will completely blow your mind. He is not as good of a player as Troy Polamalu was as a safety, but the Patriots will give Chung the same type of freedom Polamalu once had.

Player to Watch
DeSean Jackson
This game could mark the return of Washington’s speedy wideout, DeSean Jackson. After missing the entire season to date due to a nagging hamstring issue the veteran is itching to get onto the field with his team. He must be excited, even though he is facing one of the better defense’s of the NFL, the Pats struggle defending the deep ball. Jackson is just that, a major deep down the field threat. His quarterback certainly has the arm to get him the ball deep, but more importantly he poses a serious matchup problem for New England.

They can’t stick Malcolm Butler on him, not with Pierre Garçon running free on the No. 2 guy. That’s a recipe for disaster. Last year they would have put Brandon Browner on Jackson with McCourty over the top. As you well know the Patriots no longer have Browner, and no one is as physical off the line as Browner, so that way of thinking is out the window. Look for a combination of players to be on Jackson with Malcolm Butler sticking to Garçon for the majority of the game. I’m sure Jackson will get loose for one, but one won’t be enough to stop this rolling Pats team.

For real? Is there honestly a scenario you can dream up the Patriots loosing to the ‘Skins at home? I don’t think even the biggest Patriot hater could drum up a take that would have the Pats losing to this team in Foxboro. When is the last time the Patriots lost a game they are supposed to win at home? Arizona Cardinals 2012 – the last time Stephen Gostkowski missed a regulation field goal. I highly doubt this game will come down to the final play.

Washington is coming off a bye after a huge comeback win versus the Buccaneers but it won’t matter. Any team that has allowed teams like the Bucs or the Miami Dolphins to hang up 30-plus on them means their defense will have a rough time against the best player in the NFL, Tom Brady. Brady will be looking to jump out to a quick lead by throwing the ball early and often.

This looks to be the game where Pats offensive coordinator will attempt to get Brandon Lafell’s confidence back to where it was last season when he caught ten touchdowns from Brady. With opposing defenses fully concentrating on containing Rob Gronkowski and limiting Julian Edelman, both of which have been pretty close to impossible for any team they’ve played yet, Lafell won’t have all the attention on him. Not to mention the mismatches that occur when new favorite of Brady, Dion Lewis, comes out of the backfield to run a route or is split out wide altogether. As you can see this is a Swiss army offense that can beat you a number of ways.

Will Washington be able to play mistake-free defense against the powerhouse Patriots?

It’s doubtful but absolutely possible. Problem is, all the strengths of Washington play right into the Patriots hands. Wash is one of the best teams in the league at stopping the run. New England has showed against a great run D, they will throw the ball 50 times, making that superb run defense essentially non-existent. Washington is very good at stopping their opponents from throwing the ball down the field, the Pats stretch the field less than any other team in football. You see whatever Washington is good at, the Patriots hardly attempt. Of course this is no way to expose a team, but New England is only interested in a win, if they happen to do so in the process so be it.

Expect the Patriots to throw a slew of zone blitzing schemes the way of Kirk Cousins and force him to make play changes at the line. If Cousins misses throws in this game it will lead to turnovers, and although I say it every week it remains true: The Patriots thrive when they cause turnovers. They have a +7 turnover differential and they are 7-0, coincidence?

In all seriousness though, this game is a blowout. The Week 12 bash that could potentially be between two 10-0 teams is what we are all looking toward.

Patriots vs Denver Broncos. Let’s get there!