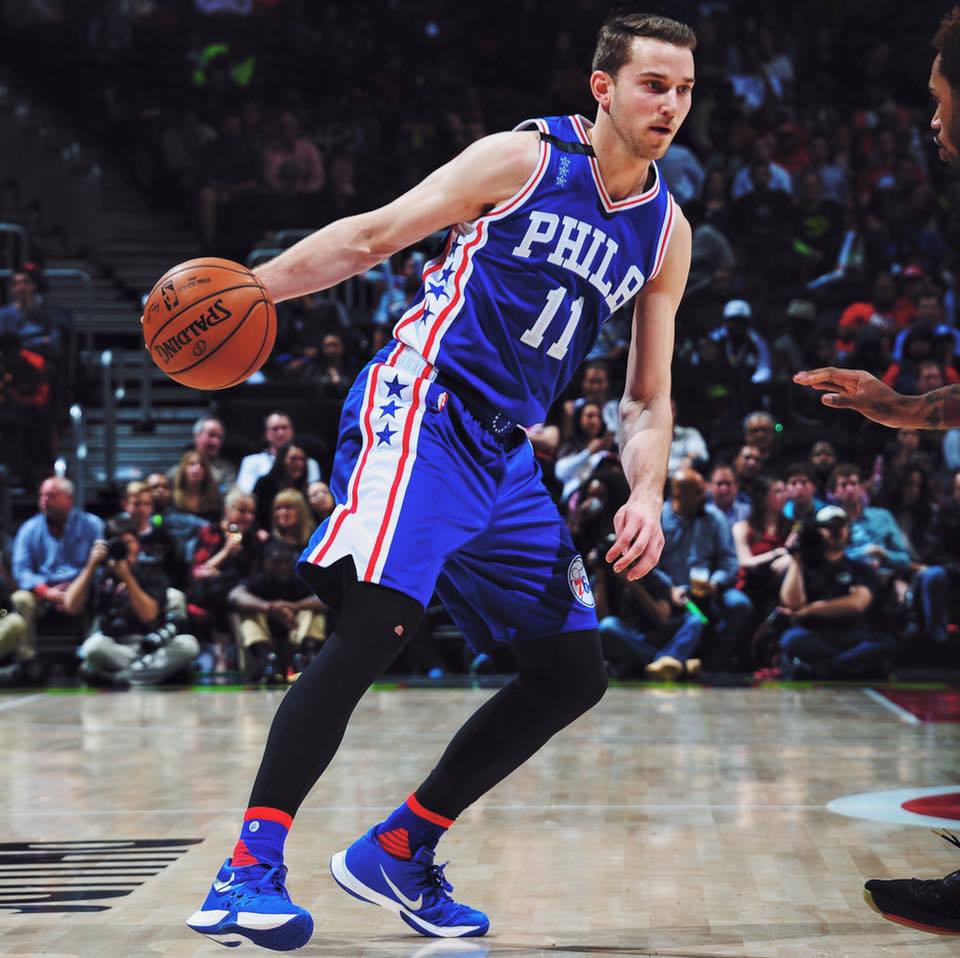 That’s how NBA draft analyst, Jay Bilas, described Nik Stauskas leading up to the 2014 NBA Draft. Like Jalen Rose and Chris Webber before him, Stauskas was the head bobbing, slick walking Michigan Wolverine with a flawless shot and a swagger that even the Fab Five would have been jealous of. He was the type of kid who’d eat dinner with you at five and drop 30 on you at eight. Floaters, three-pointers, pull up jumpers; Nik was an offensive flamethrower and wasn’t afraid to let you know about it.

After an electric sophomore season, where he led Michigan to the Elite 8 and nabbed the 2014 Big Ten Player of the Year award, Stauskas was at the top of every team’s draft radar. Compared to Croatian basketball legend, Drazen Petrovic, and 4x NBA champion, Manu Ginobili, Stauskas was characterized as an unconscious shooter and a fiery competitor with a confidence that would make Michael Jordan seem insecure. Yeah, he struggled on defense, so what? His jump shot was just so damn pretty. He wasn’t very strong either, but then again, neither was Kevin Durant, and look how his NBA career turned out.

For the Sacramento Kings, a team in a desperate need of a pure shooter after their failed Jimmer Fredette experiment, Stauskas was the perfect fit. With approval from NBA legends Chris Mullin and Mitch Richmond, the Kings snagged him 8th overall, ahead of Elfrid Payton, Doug McDermott and Zach LaVine. Then Kings GM, Pete D’Alessandro, was ecstatic. Stauskas was a young Peja Stojakovic only brasher, more athletic and could speak better English. He was a workhorse, a basketball junkie who got high off of hearing the ball swish through the net. Above all else, Stauskas was a winner; a state champion in high school who played in the national championship game as a freshman and then led Michigan back to the Elite 8 as a sophomore. The Kings believed that it was only a matter of time before he’d blossom into a star. He was their missing piece; the kid who would help guide Sacramento to their first playoff appearance since 2006. Yep, Nik Stauskas was on top of the world. The ball was in his court. All he had to do was shoot.

Fast-forward two years later, Stauskas is a 76er. After playing sparingly as a rookie, Nik was shipped to Philly with the belief that he’d thrive under Brett Brown’s high tempo offense. On a team composed of second-round picks and unknown Summer League signees, Stauskas should log heavy minutes throughout the season; and because the Sixers ranked dead last in the NBA in field goal and free-throw percentage the season before, he would have the greenest light in basketball too. Though he seemed destined for a breakout year, through the first quarter of the season, things have gone wildly astray. Stauskas, who averaged 14.6 ppg in his first five games as 76er, has managed only 6.2 ppg in his last 14. In the month of November, he shot 32.1 percent from the field and 27 percent from three, while being held scoreless on 0-10 shooting in back-to-back games against the San Antonio Spurs and Dallas Mavericks. Over the course of two months, Stauskas has lost his starting role, his shooting touch, and worst of all, his swagger; the foundation of his success.

Sadly, I don’t have much advice to give Nik. My best shooting day was probably his worst. I play in rec leagues for fun; he plays in the NBA for millions. If I had the chance to tell Stauskas one thing, it would be to find your mojo again because that’s what made him great. Two years ago, Nik was the swag daddy of college basketball and didn’t need some stupid dance to prove it (Note: that was a subliminal shot at Odell Beckham Jr. and Cam Newton). I’m tired of the quiet, fundamental Nik Stauskas. I want to see him boogie on his defenders; I want him to jaw with opposing fans; I want to see him be great. Like all fiery competitors, Nik will find his swagger again. He’ll regain his shooting touch and rain down jumpers the same way he did as a Wolverine. I just hope he’ll still be in a Sixers uniform when this happens….