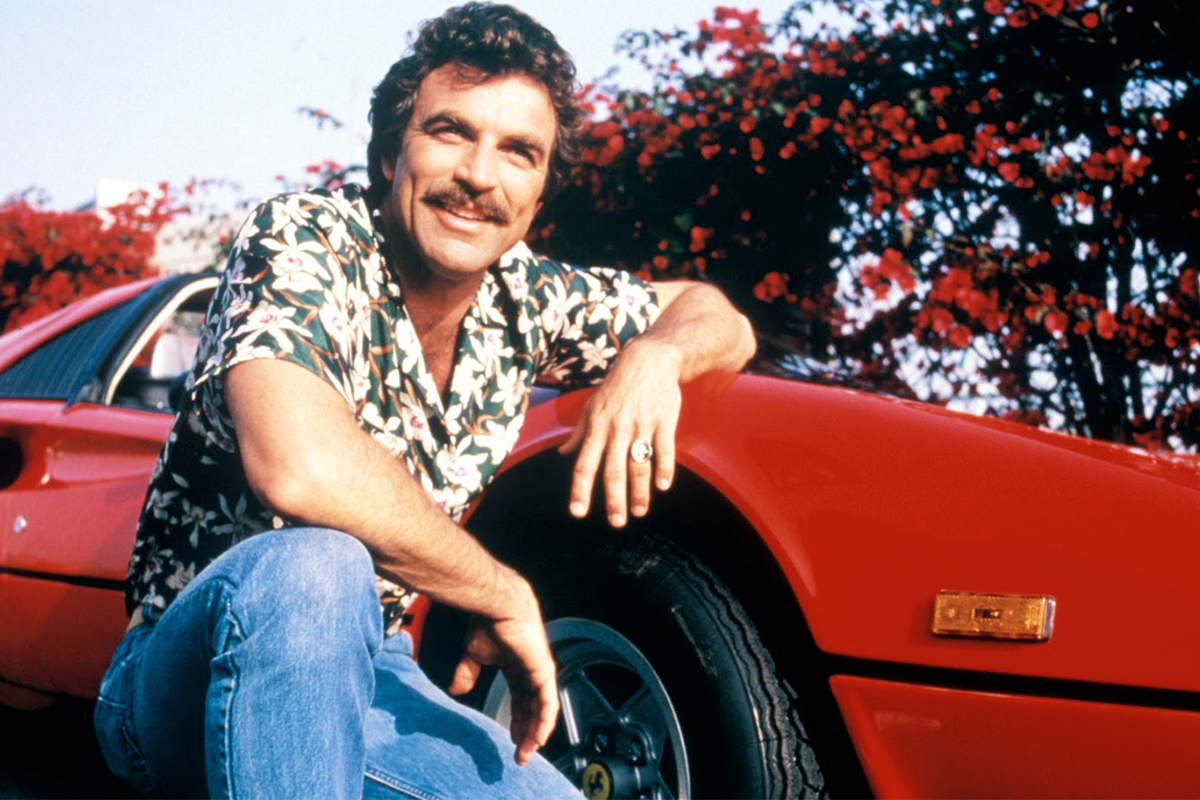 This year marks the 35th anniversary of CBS’ hit show, Magnum, P.I. The cast included Tom Selleck, Larry Manetti, John Hillerman, and Roger E. Mosley. The series ran from December 11, 1980 to May 8, 1988. The plot of the show revolved around private investigator Thomas Magnum, a former Navy SEAL, working in Hawaii all while living in the guesthouse on a posh estate. Magnum is assisted by Rick Wright (Manetti) and T.C. (Mosley) and rides around the island in a Ferrari 308 GTS. Since it is the 35th anniversary of Magnum, P.I., let’s discuss 10 things you perhaps didn’t know about the show.

Fact #1
Iconic actor/director Orson Welles played a major role in the show as he was the voice of Rob Masters, Magnum’s friend and author who owns the lavish estate where Magnum resides.

Fact #2
Frank Sinatra, Ol’ Blue Eyes, guest starred on the Season 7 episode “Laura” where he was a retired NYPD detective who seeks Magnum’s help in locating his granddaughter’s killers. The guest-starring role on the show was Sinatra’s idea (this was his final screen appearance). The appearance was a ratings success and Sinatra had intended on returning to the show since he enjoyed working with Selleck so much.

Fact #3
Angela Lansbury saved Magnum from possible cancellation. Magnum, P.I.’s rating were down as it was up against The Cosby Show. So CBS moved Magnum, P.I. to Wednesday where it was up against ABC’s Dynasty. In order to boost ratings, a crossover episode was planned with Murder, She Wrote. Lansbury’s Jessica Fletcher traveled to Hawaii to assist Magnum who had been accused of murdering a hitman. The conclusion took place on Murder, She Wrote. This proved successful and increased Magnum, P.I.’s ratings.

Fact #4
Tom Selleck has always supported the idea of a big-screen movie of Magnum, P.I. and even worked with Tom Clancy – also a fan of the show – on a series of Magnum, P.I. movies. The project never got off the ground as Universal, who owns the rights, went through three different ownership changes during the developmental stage.

Fact #5
The estate used as Robin’s Nest in the show was sold for $8.7 million dollars to Chicago businessman Marty Nesbitt, a close personal friend of President Barack Obama and the chairman of the Barack Obama Foundation.

Fact #7
Larry Manetti, who played Rick Wright, wrote a memoir about filming the series in Hawaii. Recently, he returned to his old stomping grounds with a recurring role on Hawaii Five-O, playing Nicky “The Kid” Demarco, a lounge singer and a nightclub owner.

Fact #8
James Garner is to be thanked for Tom Selleck being Magnum. Selleck has said one of the reasons he took on the role is because he enjoyed his recurring role as rival private eye Lance White on The Rockford Files.

Fact #9
You can have a Magnum-esque vacation in Hawaii for $300 a night. For that amount, you can rent a suite that is advertised to be next to the estate where Magnum, P.I. was filmed.

Fact #10
Tom Selleck was almost Indiana Jones. George Lucas offered Selleck the role, however CBS wouldn’t allow him time off to film Raiders of the Lost Ark. He did get to play an Indiana Jones-esque character in Season 8 when he is asked to find an ancient scroll and dons a costume including a Jones-type hat and a bullwhip.

Magnum’s red Hawaiian shirt or red Ferrari 308 GTS are referenced in today’s society and an ideal for men who are close to retirement as it is viewed as relaxed attire. Tom Selleck can be seen on television today as New York City Police Department’s Police Commissioner Frank Reagan on the CBS series Blue Bloods (the same station that premiered Magnum, P.I. 35 years ago).