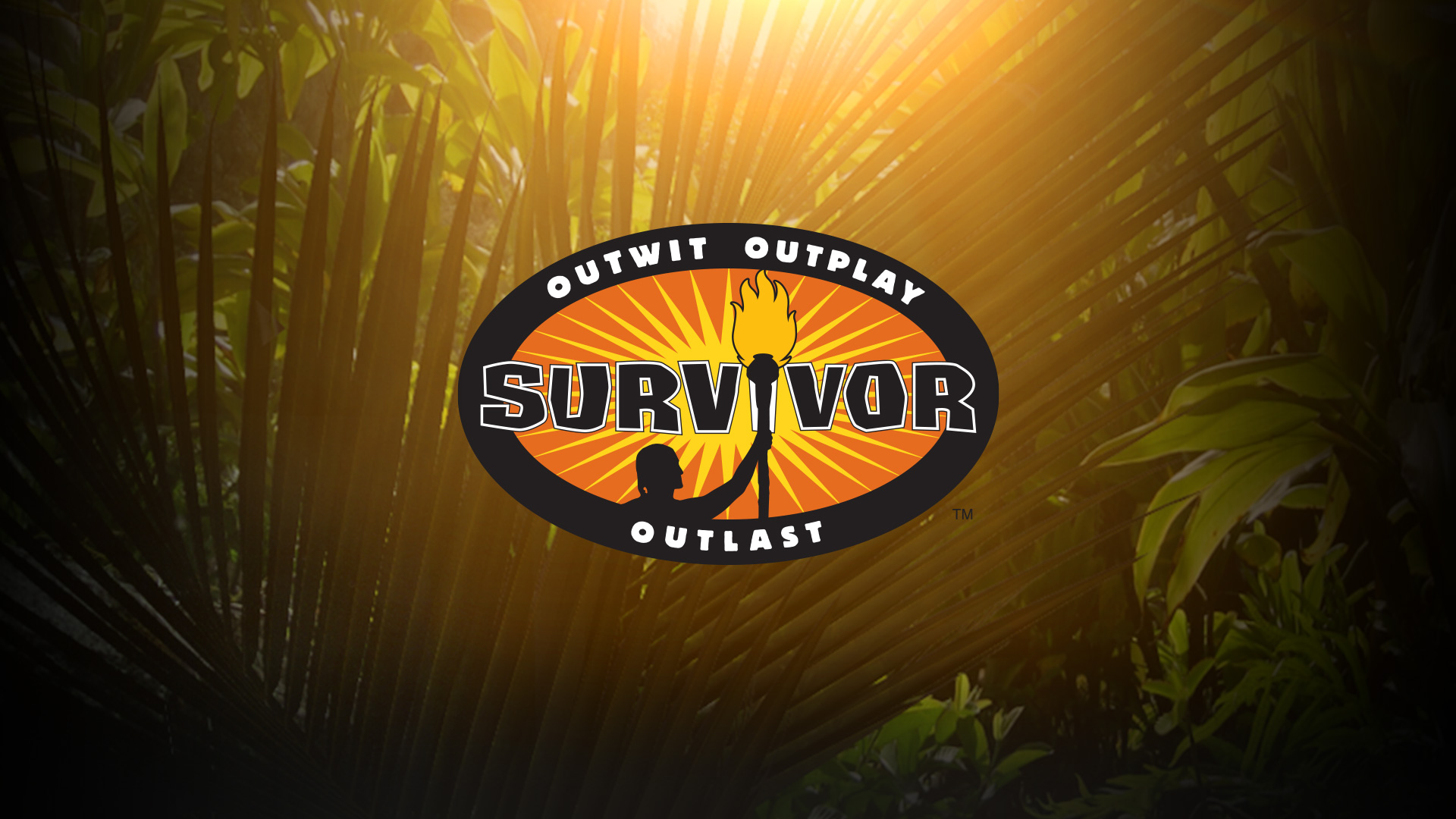 Something about me that only long-time acquaintances would know about me is that I’ve had a long-time fascination with the Reality-Competition television genre. Over the years this interest has been tempered a great deal but over the last fifteen years, I’ve watched a full season of just about every Reality-Competition show out there. I’m talking about the CBS Big Three (Survivor, Big Brother, The Amazing Race), the truly underrated ones (The Mole and The Challenge), the tasteful love related ones (The Bachelor, The Bachelorette, and Bachelor in Paradise), the distasteful love related ones (Flavor of Love and A Shot at Love with Tila Tequila), sports and sports entertainment related ones (Tough Enough, Dream Job and The Ultimate Fighter), a reality show about overweight people competing to lose weight (The Biggest Loser), a fake reality competition show (The Joe Schmo Show), and some bullshit called The Glass House (a blatant rip-off of Big Brother with a thoroughly unlikable cast … to no one’s surprise, it was cancelled after it’s first season, which is pathetic because even The Joe Schmo Show lasted for more than one season).

Now I can’t sit here and lie to you and say that Survivor is the only Reality-Competition show I still watch to this day. I have an on again/off again with The Challenge depending on the cast each season and every show in The Bachelor franchise has such incredible unintentional comedy on an episode to episode basis that I can’t resist watching it. I can however tell you without the slightest bit of hesitation that Survivor, as it enters it’s 34th season tomorrow night, remains Reality-Competition Television King.

I don’t suspect that many people are aware of this fact, nor have they even thought enough about the Reality-Competition television genre to formulate any sort of concrete opinion on the matter (because why the hell would they), but I have and I feel like since I’ve subjected myself to so many shows of this niche that I’m qualified to say that ever since Survivor’s debut in the Summer of 2000 no other show in the genre has been as culturally relevant as Survivor. No show has come as close to replicating the magic that early Survivor captured, and they certainly haven’t brought the goods for such a long period of time. Put more simply, Survivor has no rival within its own genre.

There was no precedent on American Television for Survivor before it debuted on May 31st, 2000, and that is a major reason why there was such fanfare early on; and by fanfare I mean fan hysteria, the kind which no other Reality-Competition show has ever approached. Just under 16 million viewers tuned into for the premiere, an average of 28 million watched throughout the season, an unprecedented average of 51 million people watched the season finale of Survivor: Borneo, and Nielsen reported that 125 million people watched at least some portion of the finale.

Numbers like that can’t just be chalked up to Survivor: Borneo being an altogether different kind of TV experience for viewers their viewers. There were plenty of traditionally popular themes littered throughout the inaugural season, and that hasn’t changed 33 seasons later. Each week fans tuned in and got their weekly fix of Good vs. Evil, the underdog story, dastardly betrayals, intense action and heartfelt emotion in one sixty-minute block on CBS, and when you combined that with the exotic set location, the music, the subtle brilliance of host Jeff Probst and the Not Knowing What Is Coming Next factor because this was the first season, Survivor quickly set itself apart from anything else Americans could find on their television sets. Survivor was not just the first great Reality-Competition television program; it was the first mainstream Pop Culture Phenomenon of the 21st Century.

The magic didn’t wear off anytime soon. Thanks to an enthralling finale that saw Sue Hawk’s memorable Snakes and Rats speech, and Richard Hatch, the oft-naked first villain of Survivor, prevail over Kelly Wiglesworth in a dramatic Final Tribal Council, Survivor headed into it’s second season with serious momentum. Survivor: Australian Outback premiered to an audience of over 45 million viewers and it was the most-watched show of the 2000-2001 television season. The next nine seasons that followed ranked among the Top Ten most watched shows of the year, and the first 23 seasons of Survivor fell somewhere in the Top 20.

Gradually, Survivor started losing viewers and maybe even some of it’s mainstream luster, but that isn’t abnormal for any long-running TV show. The novelty wears off, the quality (usually) diminishes and the casual viewers begin their search for the next “thing.” It’s understandable, especially for Reality-Competition shows since novelty is often a big reason why people start watching in the first place. Once you have seen teams race around the world, or see an obese person transform into a skinny version of themself, or hear Julie Chen say “Expect the Unexpected” or watch CT drunkenly berate some punk competitor enough times, you feel like there isn’t any reason to continue watching.

And now that hundreds of people have been marooned on islands all around the globe, it’s not necessarily a big deal to think about how they’ll spend the next 39 days “surviving” since we’ve seen it so many times before. We know the deal. We know their struggle. We know (to a degree) the competitions we are likely to see and how the overall game fundamentally operates. But here’s a secret to those of you who once watched Survivor but don’t anymore because you felt like its ceiling had already been reached and there was nothing new to see: Survivor is just as good now as it ever has been, and there really isn’t a reason why it can’t continue to get better.

Survivor should outlast all of it’s Reality-Competition competitors because it’s managed to evolve overtime without ever changing the very basis of how the game works. It’s remained fresh without abandoning the original concept of the show, and it continues to work because it has never been content with maintaining the status quo, or holding onto ideas that didn’t work as well as they had planned. The subtle changes that have been introduced (the Hidden Immunity Idol’s, the Tribe Swaps, the Voting Changes, the inclusions of Redemption and Exile Island) usually work, and have never permanently damaged the format; if the show’s producers felt like something didn’t land, or if the audience didn’t fall in love with any of the changes that came with the occasional tinkering, they got rid of them the following season. If they worked, they remained. It’s that simple. Adapt and evolve and survive … that’s what Survivor has done.

The greatest advantage Survivor has moving forward is that it is indeed a television program, and a large part of what we have seen on our TV screens over the last seventeen years is created not just by the castaways who are competing, but by a crew that is able to manufacture drama, or at least highlight it, in a way that your prototypical TV drama can too. And no, that wasn’t code for “The whole thing is a sham and these people don’t actually live on an island and this thing is just as scripted as all nineteen of those NBC shows set in Chicago are.”

I don’t believe that the results on Survivor are planned or impacted in anyway by the people behind the scenes, however, I think that the production team has found a way to master the editing process. After a decade and a half of practice they’ve figured out the best possible way to portray these very “real” results on television in the most dramatic way possible. If there is the slightest bit of uncertainty among the castaways heading into the vote at Tribal Council, they are able to highlight it and exploit it to the degree where we, the viewers, are legitimately uncertain of what we might see transpire there.

After the fireworks go off and the votes are read, we see #Blindside pop up on our TV screens, an attempt to get the show trending on Twitter, and also a reminder to fans that there is no more unpredictable show than Survivor.I suspect that if Twitter were around before 2007 and the editors and producers of the show knew what they know now about the production and editing tricks they could use, every Tribal Council of the early seasons would have played out in a similar fashion, because if they could keep viewers on their toes like that, why wouldn’t they? They’ve found a way to maximize the nightly entertainment value of the most dramatic portion of the best Reality-Competition show of all time.

Of course, the casting has remained a crucial part of the success of the show too, and Survivor continues to find interesting people, and types of people, to compete. There are just as many polarizing and popular players and people that came in the later seasons as there are the early ones, and I suspect this is because there is a generation of people, people who are roughly my age, who have watched Survivor from the very beginning and immediately fell in love with it. We fell in love with the strategy and the alliances and the back-stabbing and the challenge it is to the human body to live on that island for 39 days. There are people who grew up not only aspiring to be on Survivor, but to ultimately win; and the win didn’t matter just because of the Million Dollar prize that was on the line. It mattered because once upon a time, there wasn’t a more prestigious title you could hold if you competed on Reality TV than Sole Survivor.

And if I weren’t such a pansy about being outdoors for an extended period of time, I would have applied to be on Survivor a long time ago. Though, with that said, if Jeff Probst or any one of the Survivor higher-ups sees this and wants to give a life-long fan who cried actual tears of sadness when Richard Hatch won Survivor: Borneo and actual tears of joy when Rob Mariano won Survivor: Redemption Island a chance to live his dream, just slide into my DM’s and I’ll gladly put all fears aside.