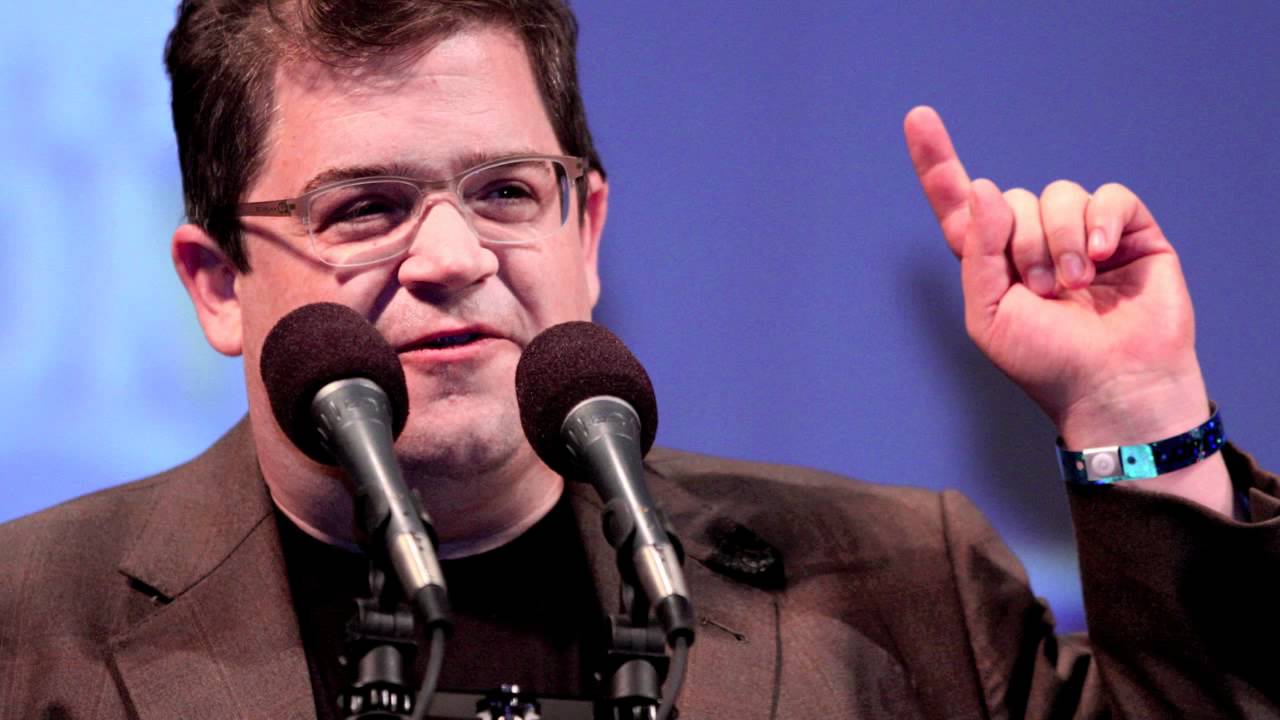 Image courtesy of the ‘Patton Oswalt on Die Hard’ video posted on YouTube.

I mentioned earlier in this series that Aziz Ansari was my “spirit animal” but alluded to another. That “other” is Patton Oswalt.

There is a fine line between being overly cynical – a critique I would make of some on this list – and just being allergic to bullshit. Oswalt falls into that latter category, so while he decries the absurdities of modern society he never comes off as a habitual complainer.

Naturally, I’m drawn to his propensity to imbue comedy with video game and comic book references. I mean, he put Jesus on the Avengers for Christ’s sake. But more than that, I appreciate that his observational humor comes from a place of true frustration over concepts that are confounding as opposed to mocking things he doesn’t understand.

A true master of the craft, you will rarely hear Oswalt tell the same joke twice and the perfection in pacing and storytelling are indicative of how hard he works on his material. Some comedians get by on just being naturally funny – and make no mistake, Oswalt is that – but you can’t put out as many quality specials as he has since the 90s without working your ass off.

Oswalt speaks for those who were never invited to the “cool table” and decided at some point that meant we lucked out. He was the first comedian I ever heard and thought to myself “I feel exactly how this guy does.” And his comedy will stand the test of time because it is never the result of trying to elicit a knee-jerk reaction based on a moment in time.

While other comics were busy writing the equivalent of pop songs that come and go over the course of a summer, Patton Oswalt continued to be the Beck of the comedy world by setting his own standards and producing quality content for those who care about craft and form.

The second-highest rated “clean” comedian on the list, much of Brian Regan’s appeal comes from the nature of his all-inclusive comedy.

Dwelling on how “stupid” the world and some of us in it can be is usually funny but can cross over into being mean-spirited and cynical. Regan avoids any such landmines by making himself the brunt of the joke more often than not. Playing the imbecile (“imbecullen!”) allows for extra leeway when he targets whoever the people are who need directions to toast pop tarts. It might seem mean if not for the fact that Regan just spent 10 minutes telling us that he doesn’t know how to measure boxes.

In fact, he plays this part so well that for the first time on the list (I had been trying to avoid this) I am including a video with no … well … video because only the audio was available for his classic “Stupid in School” bit:

Pretty much every sentence of that is comic gold. His true genius is that he gets us all to remember what it was like to be kids … and how stupid we were then … and maybe still. He gets us to laugh at ourselves because we’ve all had those moments in life we look back on and wonder how we could have ever been so moronic.

It’s nice to be challenged and intellectually stimulated by comedy. It’s nice when it can give you comfort about the true evils of the world. And it’s alway good when, in addition to laughing, comedy can make you question yourself. But sometimes, it’s nice to just sit back, relax a little, and laugh at how silly we all really are.

He doesn’t talk about politics, race, religion, or sex, and he doesn’t swear and yet Brian Regan packs in gut-busting laughter with the best of them.