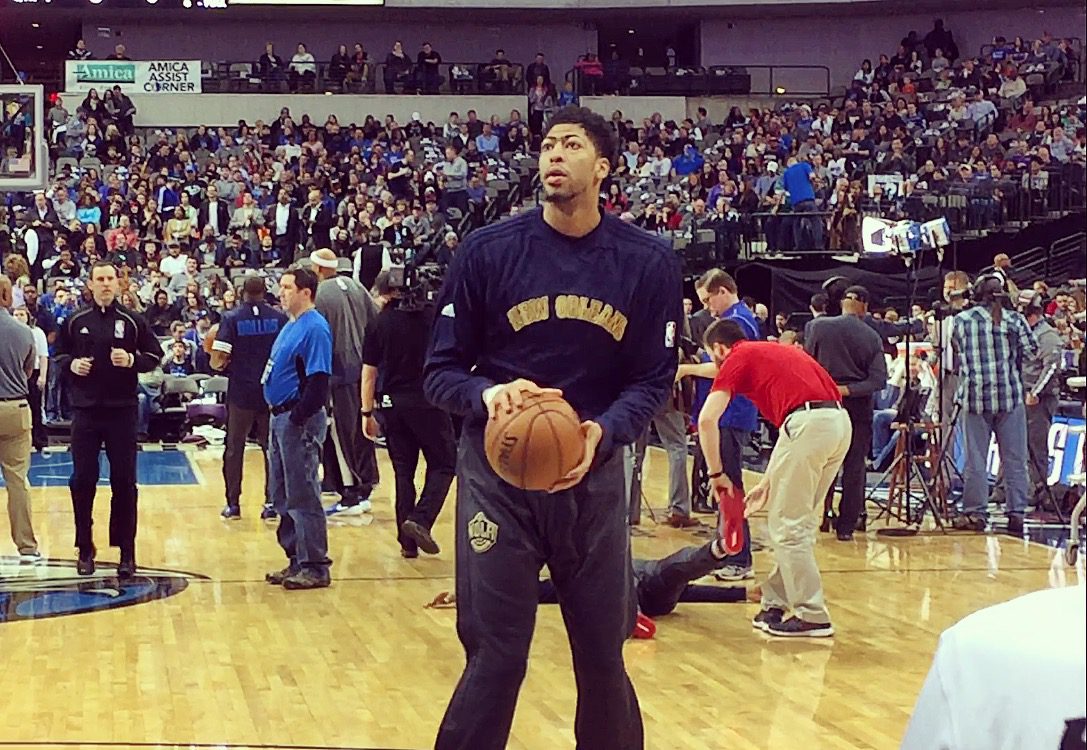 Dallas Mavericks head coach Rick Carlisle wasn’t happy. He had taken a beating Saturday evening as he watched Anthony Davis crush 31-points (and 14 rebounds) over the bodies of Carlisle’s Mavericks. He had yelled his way into technical trouble with the officials. He had pensively tensed up when Deron Williams was (once again) put out of commission with hamstring tightness. But most of all, Rick Carlisle wasn’t thrilled with the notation that there is some lingering deeper issue with their multi-million dollar small forward, Chandler Parsons.

“I disagree,” Carlisle snorted after being asked if Parsons was a non-factor during the 105-98 loss. “I think he was a big factor in the game tonight. I thought he played hard and did a lot of good things defensively.”

To the naked eye, Parsons only scored six points with one rebound and three assists and seemingly let Dirk Nowitzki and Wesley Matthews shine through a majority of the game.

“You can’t just look at stats and the number of shots and stuff like that to gauge if a guy is playing well and effective,” Carlisle added. “Sometimes the shots gets distributed one way or another over the course of 82 games and 10-12,000 offensive possessions everyone is going to get the number of shots they are supposed to get.”

But not everything could be put on Parsons’ shoulders that night. The team in general wasn’t thrilled with the officiating that was going on around them that evening. With 1:10 remaining in the game, Zaza Pachulia went up against a Ryan Anderson reverse layup and VERY CLEARLY didn’t make any contact with Anderson, yet official Tony Brown called foul and sent Anderson to the line, which would push the Pelicans ahead by five points.

“To me, that’s the game right there,” Nowitzki said as he stood toweling himself off in front of his locker following the loss. “It’s almost under a minute and it goes from three to five, and you’re basically reaching to get back in the game.”

Nowitzki wasn’t pleased with the call and let Brown know.

When reporters pressed Carlisle for answers regarding the officiating, Carlisle, knowing that they are were loaded questions, shut it down. “I’m not going to give away 35 grand right now, if it’s all the same to you.”

The Mavericks look to bounce back at home Tuesday night when they face former teammate and plague Rajon Rondo and his Sacramento Kings.