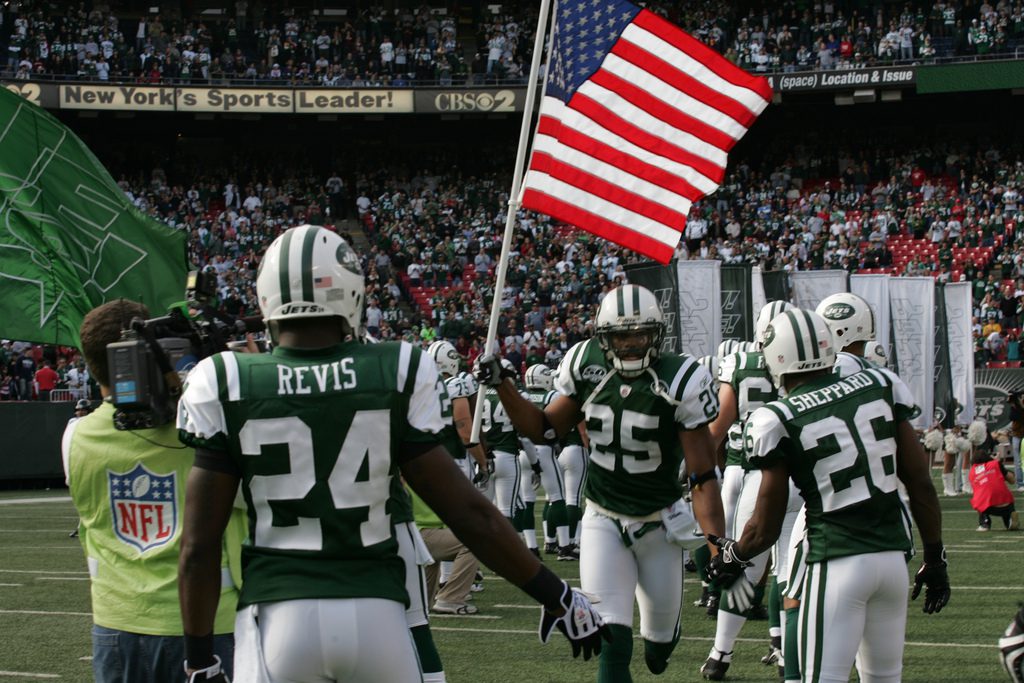 Unfortunately, like all betting streaks during the regular season, all good things must come to an end. Week 17 is upon us, which means the regular season is coming to an end this Sunday. Which mean people like you and I are about to have very uneventful Sunday’s.

Today my house will be littered with family and friends this to close out the NFL regular season. The majority of them will just be there for the New England Patriots game, but there’s definitively a group of us that will be in the basement with our plates of pasta and meatballs watching every game on.

Bets have already been placed and there is of course side bets between us on what seems to be every other play. It seems chaotic if you were to find yourself down there with us, but it’s awesome to the die-hard football fans who love to bet the NFL.

This year was even more exciting for me and it is because of this article and the awesome readers I’ve picked up because of it. The NFL betting community is strong and represented on Twitter in a big way. So with Week 17 here and the end inevitable, I just want to say thank you. Thanks for coming back after I went 0-3 that one week and thanks for all the retweets when I had a good week.

For being so kind consider this an invitation to you all. If you are in the Boston area this Sunday and you want to watch football with some crazy Italian NFL betters, who live to eat, drink, and swear, you are more than welcome.

Bring your hunger too because there will plenty of food to go around!

Last week I went 2-1 because the freakin’ Jets beat my New England Patriots to cost me a perfect week. 28-21 on the year is even better then the Swami on the four letter network and he doesn’t pick with the spread! I wanna finish the year with 30 winners, let’s do it!

Straight bet of the week
New York Jets -2 1/2 @ Buffalo Bills
The Jets are playing some damn fine football. Winners of their last five, including last week’s win over the powerhouse Patriots. The defense is exactly where everyone thought it would be with the reunion of Darrelle Revis and Antonio Cromartie in the secondary. The most surprising thing about the green team this season is the Offense. New additions to the receiving corps, Brandon Marshall and Eric Decker are putting up insane numbers. Stats that are surpassing the incomparable tandem of two Hall of Famer’s, Chris Carter and Randy Moss. Also since Ryan Fitzpatrick shaved his beard after Week 11 he has not thrown an interception.

The offense will be too much for the underwhelming Buffalo Bills defense to overcome. I can’t wait to see Rex Ryan cry!

Over/Under of the week
Houston Texans @ Jacksonville Jaguars
Over 45 1/2
Bill O’Brien has turned the Texans into a playoff team. Well, that and the Denver Broncos destroying Andrew Luck‘s spleen earlier this season. Either way whoever O’Brien has had starting during his “carousel” at quarterback has produced points by chucking it up to DeAndre Hopkins who is having a career year. On the flip side, Gus Bradley, head coach of the Jags is trying to put together a defense to support what has turned into a high scoring, high flying offense this season. The Jags are averaging 28 points a game which is good enough to be top five in the NFL. The Texans strong part of their defense is the line, not the secondary. Win or lose for Houston it will be a high scoring contest and Houston is playing for the playoffs.

Patriots -1/2
On Tom Brady‘s weekly Wednesday press conference with the media he stated he would like him and his teammates to “empty the tank one final time to secure the number one seed in the playoffs.” Brady said “empty the tank.” They are playing in a stadium in Miami where Brady is 6-7… Prepare for fireworks!

Seahawks +15
The ‘Hawks are pretty much guaranteed a Wild-Card spot in the NFC playoffs. The Cardinals are guaranteed a top two seed and a win, coupled with a Carolina Panthers loss will secure them the number one seed. If the Seahawks lose, paired with a mixture of NFC teams winning, however far-fetched, could shove the Seahawks out of the Wild-Card spot. If any team knows that they only have to get to the playoffs to make things it happen, it is the team who has been in the Super Bowl in each of the last two seasons. It will be a close game so 15 points is a comfy feeling.

Buccaneers  +19 1/2
Carolina is a little banged up. Most of all anytime this season I have given you a tease with a team getting 15 points or more. I have been right on. We love trends, don’t we? If the Panthers are up two scores late in the game Ron Rivera will certainly sit his starters and you’re a winner.

Thanks for a wonderful season!