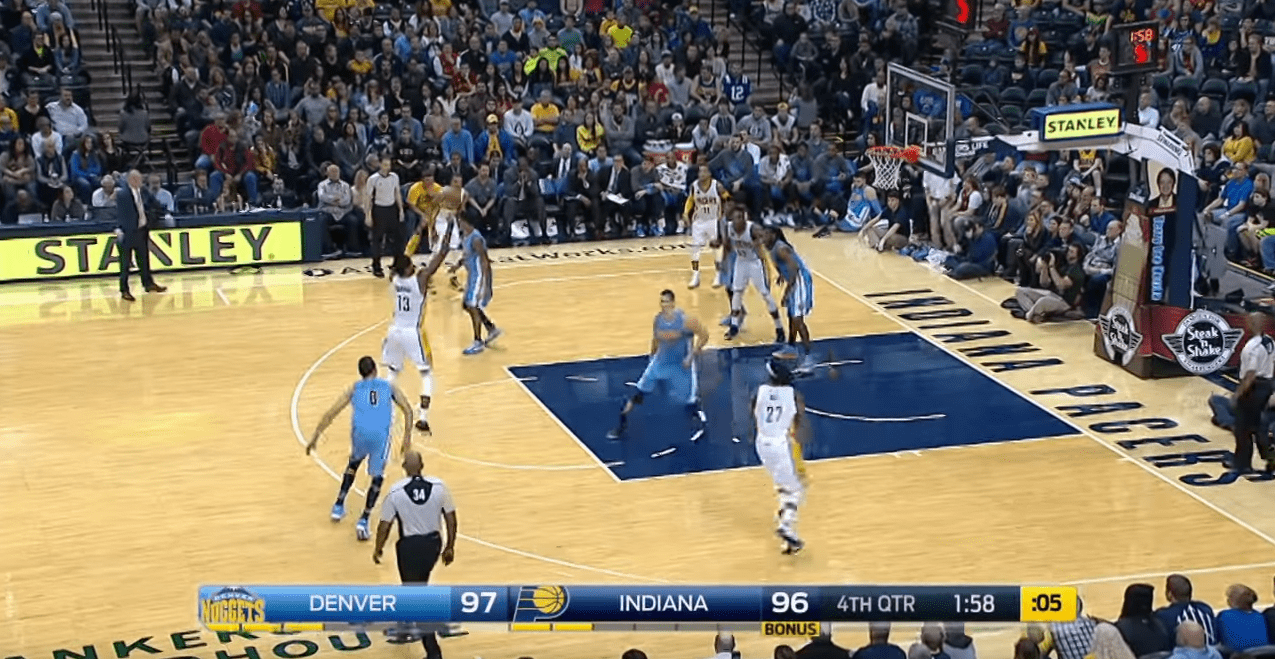 The Indiana Pacers defeated the Denver Nuggets 109-105 (OT) Saturday night. The Pacers seemed to be in the driver seat for most of the night, but relented short little runs to the Nuggets, keeping the game close. The Pacers led for the first three quarters before finally giving up the lead late in the fourth. They recovered and were up five with a minute remaining, until two tough shots by Denver tied the game. Monta Ellis scored a game-high 32, but missed the potential game winner at the end of regulation sending the game into overtime.

It was a very back-and-forth first quarter, but two threes at the end gave the Pacers a seven-point lead going into the second. Myles Turner received his second straight start, but struggled in the first quarter with several missed shots and turnovers. It was a seven-point lead at halftime, as the second quarter was a game of short, little, five-point runs by both teams.

The third quarter was dominated by the Denver Nuggets. Danilo Gallinari scored eight in the third, and the Nuggets as a team outscored the Pacers by 11. The Pacers simply couldn’t hit shots, and committed six turnovers in the quarter.  Denver shot 59 percent for the quarter.

The fourth quarter was much colder for the Nuggets, as there was a four-minute stretch in which the Nuggets didn’t score a basket. With only a minute remaining, Emmanuel Mudiay, hit a tough layup and on the very next possession, Danilo Gallinari hit a step-back three to tie the game. Monta Ellis was given the ball with 22.3 seconds remaining. He cleared out the left side, waited (too long) and made his move. He took a tough, long three and missed off the rim. Overtime!

In overtime, the Pacers took over. Jordan Hill hit a jumper and hook-shot to push his point total to 20. Emmanuel Mudiay answered with a layup, but Monta Ellis iced the game with a and-one layup with about 15 seconds left. It gave the Pacers a four-point lead, and Indiana never looked back.

Monta Ellis scored the game-high 32, Paul George added 19, and Myles Turner had eight points and nine rebounds. The rookies for Denver (Jokic and Mudiay) combined for 27 points, and Kenneth Faried had 16 points and 11 rebounds. The Pacers’ next game is a home matchup with the Eastern leading, Cleveland Cavaliers.

The win pushes the Pacers’ record to 25-22 on the season.