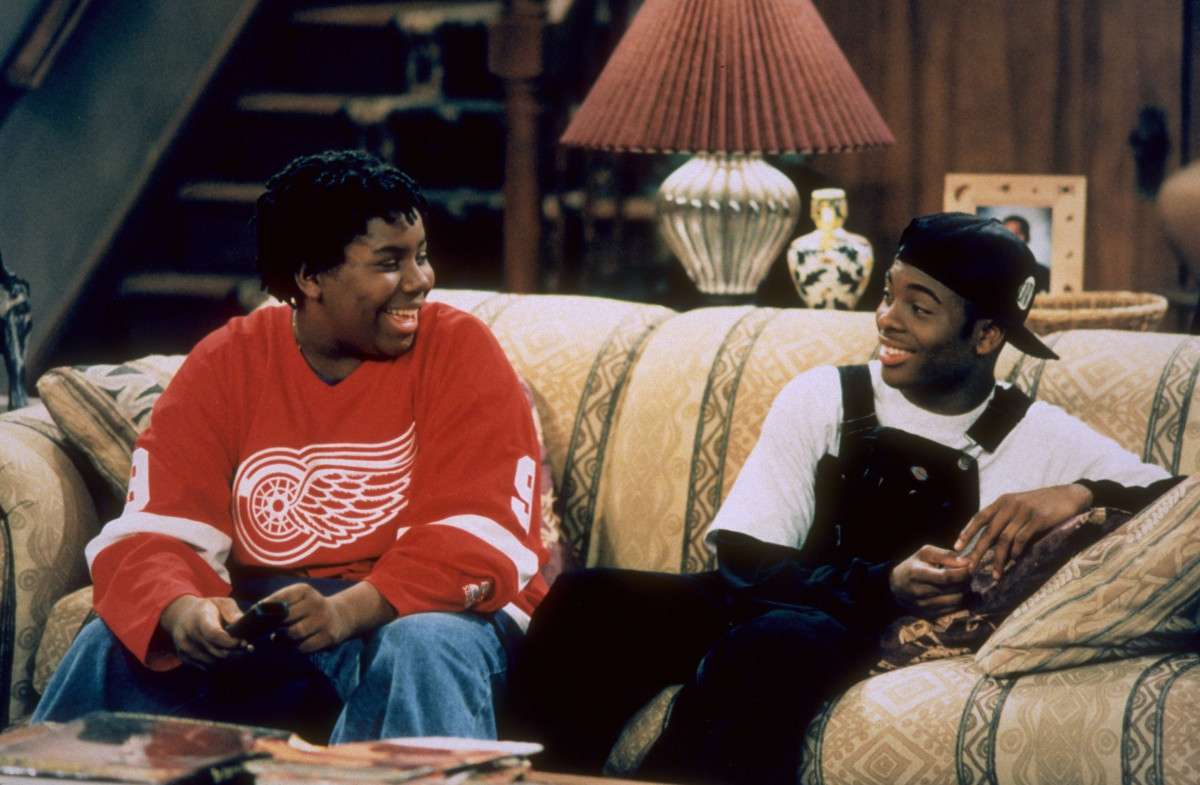 Kenan & Kel was a teen comedy sitcom on Nickelodeon. The sitcom was a spin-off of the sketch-comedy variety show, All That. The show premiered on July 15th, 1996 and starred then All That cast members Kenan Thompson and Kel Mitchell. Kenan & Kel ran for four seasons and was filmed at Nickelodeon Studios (the first two seasons) and Nick on Sunset (the remaining two seasons). The theme song “Aw, Here It Goes” was performed by Coolio and mentions other famous duos (Abbott & Costello, Penn & Teller, etc.). With this year being the 20th anniversary of the show’s inception, let’s discuss five little known facts about Kenan & Kel.

Fact #1
The producers, creators, and writers of All That decided to give Kenan Thompson and Kel Mitchell their own spinoff after noticing the chemistry between the two actors.

Fact #2
The memorable Kenan & Kel character Marc Cram’s name is a palindrome, which means the name is spelled and pronounced the same backwards.

Fact #4
The characters Kenan Rockmore and Kel Kimble made a special guest appearance on another Nickelodeon show, Cousin Skeeter.

Fact #5
In one episode, Kel mentions an urge to watch My Brother and Me. My Brother and Me was a fellow Nickelodeon show that aired between 1994-1995 and was only on the air for one season.

Kenan & Kel was a teen comedy sitcom starring Kenan Thompson and Kel Mitchell. The show ran from July 15, 1996 to July 15, 2000. The sitcom was a spin-off of the sketch comedy show, All That. The theme song was performed by Coolio and mentioned other famous duos. Although the show ended, it was recently brought back for reruns on TeenNick as part of their programming block The Splat. Furthermore, Kenan & Kel‘s form of comedy remains relevant and hilarious today, proving timeless humor never shrinks even over the course of time.